We’re so happy to bring you an article from Marc Kleinhenz this week. Marc splits his time as contributing editor at Orlando Informer and staff writer at Theme Park Tourist. Between all that and his day job, Marc will also be writing regularly for the TouringPlans blog.

Maybe you’re looking to take a foot off the (extremely) well-beaten path to get away from the crowds. Maybe you have an appreciation for the under-valued (or a defiantly contrarian attitude, generally). Or maybe it isn’t your first rodeo, and you and your family need an injection of something different and fresh at the parks.

TWISTER… Ride It Out

On paper, TWISTER… Ride It Out sounds absolutely unbelievable. Designed to emulate the Wakita, Oklahoma drive-in movie theater from the film’s most famous scene, a 25,000-square-foot soundstage is home to a mini-tornado that is created right in front of guests’ eyes. The experience is powered by 55 special effects, ranging from gouts of flame to flying debris to a tree that splits in half after being struck by “lightning,” while the titular twister is created by several dozen high-powered fans that generate winds at a steady 35 miles-per-hour, moving enough air to fill four full-sized dirigibles.

During any one show, this attraction uses 54 speakers, hundreds of xenon strobe lights, and 65,000 gallons of water (even more than a single teenager taking a shower) every six minutes every day of operation. The total power consumption for one performance is some 42,000 watts, which is enough to power, on average, five homes. To say there’s a certain level of technical impressiveness at work here would be both natural and understandable.

In person, however, TWISTER leaves a certain something to be desired. Part of the problem is inherent to any walk-through attraction, because they have a far more limited range of experiences to offer guests than their vehicular brethren, but the fact that visitors are actually stationary for the vast majority of their time in the attraction carries even more of the blame – particularly considering the two rather lengthy and oddly repetitive pre-show films. It’s easily one of the smallest experiences to be had not only in all of Universal Orlando, but all of Walt Disney World, as well.

But small doesn’t automatically equate with bad, and “limited” isn’t synonymous with “boring.” Despite the fact that guests simply stand on a platform to watch the scene reenactment play out in front of them, there is definitely a certain visceral quality that the attraction manages to create, perhaps tickling that primitive spot in the human brain that remembers being the plaything of natural forces for so many thousands of years – and the surprise jolt at the end of the show, when the floor of the platform suddenly drops just an inch or two, is an amazingly simple but effective touch.

And while the technical achievements can be enough of a draw to get guests through the door, it’s actually a few other characteristics that TWISTER possesses that will make their time all the more worthwhile: the second pre-show, for example, is strangely, subtly effective in both its theming and in priming one for the natural disaster that is about to unfold. (The TV monitors that are impaled in the walls, as if thrown there by a “finger of God,” are simultaneously a nice touch and cheesy – which is an uncanny embodiment of the entire experience.) Bill Paxton’s wonderfully monotone delivery of his lines practically registers as an attraction in and of itself. And the fact that it rarely, if ever, has more than a 10-minute line makes it a no-brainer, particularly when one needs a break from the heavy press of Harry Potter crowds.

Still need more convincing to take the attraction for a spin? (No pun intended.) Rumors over the past year have consistently been pointing to TWISTER’s closure as Universal continues the park-wide makeover it started back in 2012, an attempt to make all of the resort be as high-class and fully-detailed as its two Wizarding Worlds. 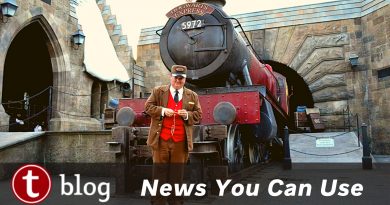 Universal Orlando Date-Based Tickets – How to Save Money 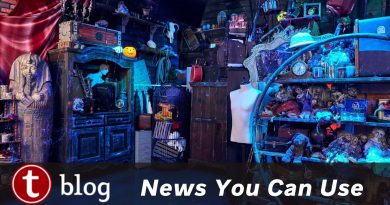 Around the Universe – Discount and News for August 2020

9 thoughts on “Best Worst Attraction: TWISTER… Ride It Out”