This week’s SATURDAY SIX takes a look at Six of Our Emotions Coming Out Of the D23 Expo. Last week we gave our D23 Expo Preview and can proudly announce that we were the only blog on the entire planet to call Disney involving Stan Lee in their Parks and Resorts presentation. While some would call us The Nostradamus of Theme Parks, we’d like to remind you that we are just your humble servants striving to provide the best possible article in the history of mankind.

With that out of the way, what a D23 Expo it was! Hopefully you caught some of the excellent   D23 coverage by TouringPlan’s own Guy Selga (who has lovingly been referred to as a poor man’s Tom Bricker, or a rich man’s Tim Grassey). There were so many things to come out of of the Expo, but we’re going to take a page from this summer’s blockbuster hit Inside Out and express our emotions via the very characters in the film! So sit back, relax, and let’s begin our countdown starting with…

Our long national nightmare is over. STAR WARS LAND IS COMING! From the day Star Tours opened in the 1980s we’ve all wanted more Star Wars in the theme parks and now we’re actually getting it. The man in charge, WDI’s Scott Trowbridge, is also the very same man behind one of the all time greatest rides in theme park history, Universal’s Amazing Adventures of Spider-Man. While details were scarce, what we do know is a jaw dropper. The land will be spread out over 14 acres, have an attraction that sees guests piloting the Millennium Falcon, and cast members will stay completely in character, similar to the witches and wizards inside Diagon Alley.

Collectible Price Gouging is becoming the new reality of any fan convention, whether it’s the San Diego Comic Con, the Transformers Bot-Con, and now the D23 Expo. Disney went above and beyond to offer exclusive and limited edition merchandise – including Tsum Tsums, Disney Infinity, and pins – only to see many of these items go straight to eBay while the Expo was going on. Selling Disney merchandise on eBay is nothing new as the keyword “Disney” on eBay pulls up over 1,750,000 listings, but these items from the Expo had prices that were doubled and tripled (if not more). For example, this Pinocchio Tsum Tsum set was released at the Expo in a limited edition run of 2,000 for the cost of $49.95. The set came with 8 Tsum Tsums. On eBay, you can see some unscrupulous sellers broke up the set and were selling 4 of the Tsum Tsums for $120. We here at the SATURDAY SIX are all for people making money, and certainly think there should be a premium for those who waited in lines to buy things, but there’s also a line where that strays into ripping people off. You can’t blame Disney, and in fact that they should be applauded across the board for having so many unique and amazing items for the fans.

# 4 – Fear: Not a Hoax! Not an Imaginary Story! The John Lasseter Shirt Collection Is Real.

The Magic, The Memories, and Merch! is a sister article to the SATURDAY SIX, and several times we have made references to the John Lasseter Collection, a fictitious line of clothing that we made up featuring some of the most next level bananas shirts at the Outlets. To our surprise, the John Lasseter Collection became a real thing at the D23 Expo in a display featuring some of the shirts from his personal collection (said to be now well north of 1,000 shirts.) We promise that we have learned our lesson. That with great power comes great responsibility, and if the John Lasseter Collection can become a reality, than all of our fears may come true as well. So no more will we complain about ugly Vinylamtion, how to spell Tinker Bell, or why there is so much awful merchandise for Rock n Roller Coaster featuring Aerosmith. OUR LIPS ARE SEALED.

Let’s start this off with the caveat that latest intel from Those In The Know, such as Jim Hill, have already put the word out that there is a strong possibility that Disney’s Hollywood Studios is going to receive some elements of Cars Land. The scuttlebutt is that a version of Flo’s Diner and an all indoor version of Radiator Springs Racers may be showing up in Orlando, but regardless, we can now officially put a nail in the coffin of WDW getting the fully realized version of Cars Land that majestically sits out in Anaheim. What we will be getting is Toy Story Land, an 11 acre tribute to one of Pixar’s best franchises. While Cars Land has the stunning rock work of Ornament Valley and you’ll-think-you-are-there walk down the town of Radiator Springs, Toy Story Land is going to be set in “Andy’s backyard.”  WDI promises that the level of immersion in Toy Story Land will equal what guests get out in Cars Land, but similar lands in Disney parks at Hong Kong and Paris certainly don’t live up to that billing. We’ll cross our fingers, and hope for the best, but we’ll always dream of singing Let’s Go Driving from Mater’s Junkyard Jamboree here in Orlando.

Slinky Dog Coaster, you are officially ON NOTICE. You better be good.

It has been reported by members of the mainstream media that theme park media was generally, shall we say, enthusiastic about pretty much everything they saw at the D23 Expo. However, in the midst of one standing ovation after another over the three day weekend was just a polite applause for the presentation giving more details on the upcoming Frozen Ever After attraction and meet and greet coming to Epcot next year. A last minute addition to Disney’s Hollywood Studios last summer only to become incredibly popular with guests, Frozen Summer Fun is now in its second year. That coupled with the still mega-popular Anna & Elsa meet and greet at the Magic Kindgom and the conversion of the Norway Pavilion at Epcot over to Arendelle just may be doing to Frozen what airing Who Wants To Be A Millionaire? 5 times a week did for ABC, burn people out. It may  not have hit the average WDW guest yet, but judging by the reaction at the D23 Expo, the first signs of over exposure to a bellwether audience is showing.

# 1 – Imagination: Avatar – the World of Pandora Just May Be The Next Big Thing In Theme Parks

(Yes, we know imagination isn’t an emotion but like we are going to an article featuring Inside Out characters and not feature Bing Bong? C’mon now!)

While the D23 Expo didn’t present much about Avatar – the World of Pandora that we didn’t already know, what it confirmed is that this addition to Animal Kingdom just may change everything. The scale model of the area is stunning , showing that guests will be walking into a fully immersive land of the likes that have never been seen at Walt Disney World. While we knew a Soarin’-like attraction would be coming, it has finally been confirmed that this ride will have guests on a Banshee and is titled Flight of Passage. Anyone who has seen the movie Avatar knows that a N’avi forming a lifelong bond with a Banshee – and making that first flight – is a rite of passage in their culture, and the attraction’s queue will even simulate the journey up to where the Banshee’s reside. This ride will surely leave guests breathless and applauding, just as the original Soarin’ did almost 15 years ago. Combined with the Rivers of Light and a new nighttime edition of the Kilimanjaro Safari attraction, Animal Kingdom is about to transform into a park that battles the Magic Kingdom as the best on Disney property.

So there you have it: Six Of Our Emotions Coming Out Of the D23 Expo. See you next weekend for the latest installment of the SATURDAY SIX, where we’ll look at something fun from the world of Disney and Universal. If you enjoyed yourself, be sure to check out The Magic, The Memories, and Merch! articles, or, for your listening pleasure, check out the Pardon the Pixie Dust podcast. You can also follow Your Humble Author on Twitter (@derekburgan)

Special Thanks to crack staff photographer Brandon Glover, Master photo manipulator Matt Cleary, New Kid on the Block Michael Sheehy, Much Ado About Ballyhoo and Hullabaloo Drew From OU, and blogger to the stars Megan Stump for their invaluable assistance with this article. Be sure to also check out Brandon on The Park Blogger podcast with co-hosts Aengus Mackenzie and Brian Carey. 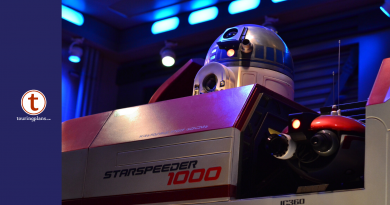 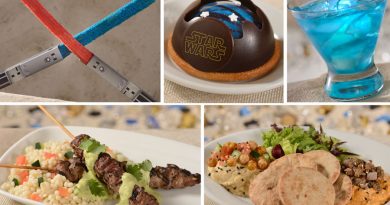 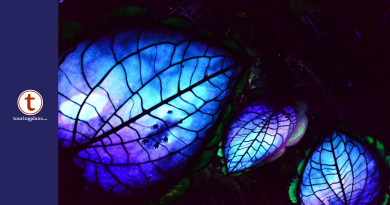 Everything You Need to Know About Na’vi River Journey

5 thoughts on “SATURDAY SIX: Six Of Our Emotions Coming Out Of the D23 Expo”