Maybe you’re looking to take a foot off the (extremely) well-beaten path to get away from the crowds. Maybe you have an appreciation for the under-valued (or a defiantly contrarian attitude, generally). Or maybe it isn’t your first rodeo, and you and your family need an injection of something different and fresh at the parks.

Until just recently, Universal Orlando Resort was quite obviously playing in the minor leagues: smaller crowds, smaller budgets, smaller attractions. All of that changed, of course, with the twin developments of The Wizarding World of Harry Potter and new corporate parent Comcast, who has only been too happy to invest literally hundreds of millions of dollars a year into the resort. The result has been some of the best experiences – and some of the best theming – to be had the entire world over.

Terminator 2 3D: Battle across Time is, unfortunately, one of an increasingly smaller number of holdovers from that dark time (another, more egregious relic was Twister… Ride It Out, which was our first Best Worst Attraction and which is now in the process of being replaced by a newer, higher-quality destination). The attraction, which is a 4D show that incorporates a 3D film with live actors and some limited audio-animatronics, has a far more limited scope than its more recent brethren – it has nothing on Harry Potter and the Escape from Gringotts, for instance – and is, of course, based on a 25-year-old film that may still hold a special place of nostalgia in many a nerd’s heart but which has ceased to be anywhere near as formidable a cultural force (the short-lived Terminator television series has been off the air for seven years already, and the recent soft-reboot Genisys failed to grab any traction). Given the short amount of touring time in a day and the ever-growing array of must-do stops at Universal Studios Florida, T2 3D is absolutely near the bottom of the list.

With all that said, however, there is no denying the quality of the experience’s construction. The transition from pre-recorded film footage to actual actor – and then back again – is the very definition of seamless, the team members tasked with the preshow are uniformly pitch-perfect, and even the rather rudimentary Terminator animatronics are suitably creepy. Setting foot in Battle across Time’s show building may be like stepping two decades back in the past, but it’s a step made in the knowledge that immersion will certainly take its hold and that a fun time will be had by (nearly) all in the family. Really, at the end of the theme park day, is there more to ask for?

And, obviously, Universal itself still believes in the attraction; it updated the pre-show film just two months ago, and rumors persist that a brand-new video and lighting package, which is said to include new 4K digital projectors, will be installed sometime soon. While Fast & Furious and Jimmy Fallon set up shop elsewhere in the park and Woody Woodpecker’s KidZone next door is believed to make way for Nintendo Land within the next few years, Terminator 2 3D looks to remain for the immediate future, at the very least.

There’s one last point to be made about T2 3D, and it’s one sure to either entice or repulse depending upon your particular opinion of Terminator creator/writer/director James Cameron: rather than building upon or otherwise expanding the narrative of its source film, the 4D show is every inch a rehash of Terminator 2: Judgment Day’s story, from the T-1000 being dispatched to kill John Connor to Arnold Schwarzenegger’s presence as the friendly T-800 protector. And the one (semi) new concept to be introduced – the end-all T-1,000,000 – is downright silly, although the attraction does end up using its destruction to great climatic effect.

Ultimately, Terminator 2 3D: Battle across Time is perhaps best summed up by comparing it to that other giant Cameron-helmed franchise that is set to descend on theme parks in the not-too-distant future: much like Avatar, the attraction is absolutely worth experiencing once, but don’t expect heaping helpings of originality – or much in the way of repeat value. 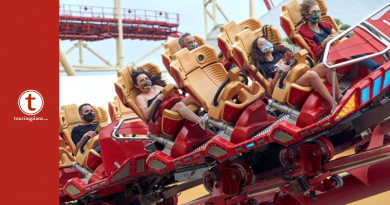 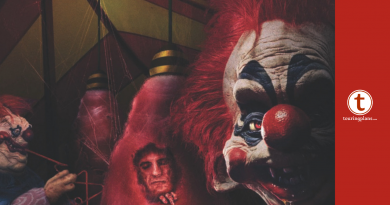