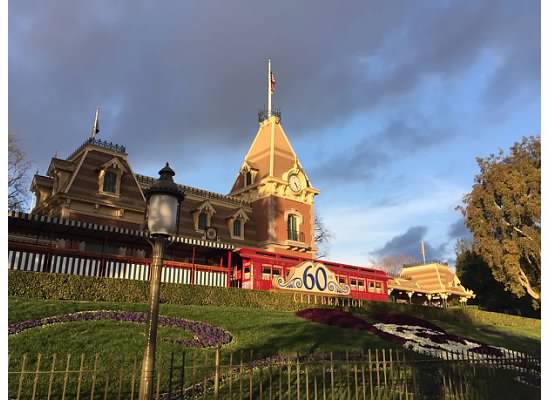 It is well known that Disneyland and Walt Disney World’s Magic Kingdom are very similar in nature. In the background music, there are similarities and differences. We’re going to do a land-by-land roundup of the background music today. I’ll include a handy-dandy link to our Magic Kingdom AtMousePhere posts, just in case you missed it a few years back. So put on your favorite piece of Disneyland music, and let’s take a tour around Walt’s park!

The Esplanade that divides Disneyland and Disney California Adventure offers a nice variety of movie and park tunes that put guests squarely in the Disneyland mood. They are really great arrangements and orchestrations, too! Some are repeats of the entrance to the Magic Kindgom, but not all of them. The music is the same as the music found in Florida, although the tracks in Disneyland are newer and cleaner than the Magic Kingdom counterpart.

Fantasyland is laid out very differently in Disneyland, and its music is slightly different, too. The songs were recently updated within the last few years.

The central portion of Fantasyland is dominated with music from the carousel. From there, the music branches out based on where you’re going. Near Pinocchio’s Daring Journey the music takes a polka-style feel, while closer to Alice in Wonderland the music becomes more whimsical in nature. Closer to the Royal Theater, the music returns to its soundtrack roots. Near it’s a small world, it plays the theme music in various forms, although while I was there, they were still playing the Holiday track. And the music completely disappears around the Matterhorn Bobsleds, replaced by the sound of the wind howling. It’s a great effect.

The area includes instrumental versions of the following songs: Normally, the music of Tomorrowland is exactly the same loop as the Magic Kingdom, but because Star Wars Season of the Force is happening, the magical music of John Williams is dominating this section of the park. Here are some of the Star Wars songs included: If you’re looking for music from classic Disney shorts, this is your area. From “The Wise Little Hen” to “Donald Duck’s Theme” to “Casey at the Bat,” you’ll hit your fair share of some of the best music from way back in Disney history.

Not only do you get to hear fun cartoon music like “The Country Cousin,” “Playful Pluto,” and “Steamboat Willie,” they also insert fun audio sound effects and gags that you’d hear in the cartoons of the time.

The song choices are fantastic in the area, and fit really well with the theming. I love music like “The Tortoise and the Hare,” “Minnie’s Yoo-Hoo,” and that incredibly popular classic, “The Three Little Pigs!”

You can’t get around Critter Country without hearing the screams of joy coming from Splash Mountain, so it’s no surprise that the soundtrack from the attraction gets a lot of play around that area. “Laughing Place” and “Zip-a-Dee-Doo-Dah” are a few of the songs heard in a nice instrumental form.

Other tracks in the area include “Let the Rain Pour Down,” “All I Want,” and “Sooner or Later.”

Near The Many Adventures of Winnie the Pooh, you’ll hear lovely arrangements of “Winnie the Pooh,” “The Rain Rain Rain Came Down Down Down,” “Rumbly in my Tumbly” (my personal favorite), and “Heffalumps and Woozles.”

Frontierland has a really nice mix here in Disneyland, and I prefer it to the Walt Disney World mix. While some of the songs are the same, Disneyland’s arrangements were updated back in 2012. You’ll hear songs like:

The music of the two Adventurelands are nearly identical. However, when you get closer to the Indiana Jones Adventure, the music turns into a pleasant look back into the 1940s, with songs like “Little Brown Jug” by the Glenn Miller Orchestra and “Let’s Dance” by Benny Goodman.

The music I noticed the most, however, was where Adventureland and New Orleans Square meet. Even near the Pirates of the Caribbean attraction, I could very clearly hear the Tarzan Medley music coming from the Tarzan Treehouse. Although that is more attraction-specific music, the speakers send it out all over that section! This is my new favorite area in any Disney park. The intimacy and details here are so beautiful – aside from Tomorrowland, I spent most of my time in this section of the park on my trip!

When you enter the tight streets of the court, the speakers that come out of the second story are only background noises, not music. You can hear a woman singing, birds chirping, and a cat and dog fighting and objects breaking.

Outside of the courtyard and closer to the Rivers of America, the music gets lively. You’ll hear songs like “Alexander’s Ragtime Band,” “Anything Goes,” “The Old Piano Roll Blues,” “Grandfather Clock,” “Happy Rag,” and “The River Boat Shuffle.” Disneyland’s music has been updated, and that helps park guests’ ears perk up when they are hearing a familiar tune in a new way! Special thanks to ParkTunes.com for assistance in some of the songs, as well as the handy-dandy Shazam app! (I should really get them to sponsor my articles!)

What is your favorite Disneyland area? Do you have a favorite song you just have to hear? If your favorite land has a Walt Disney World double, which land do you prefer? Comment below! 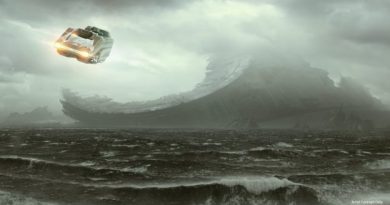 One thought on “Disneyland AtMousePhere”