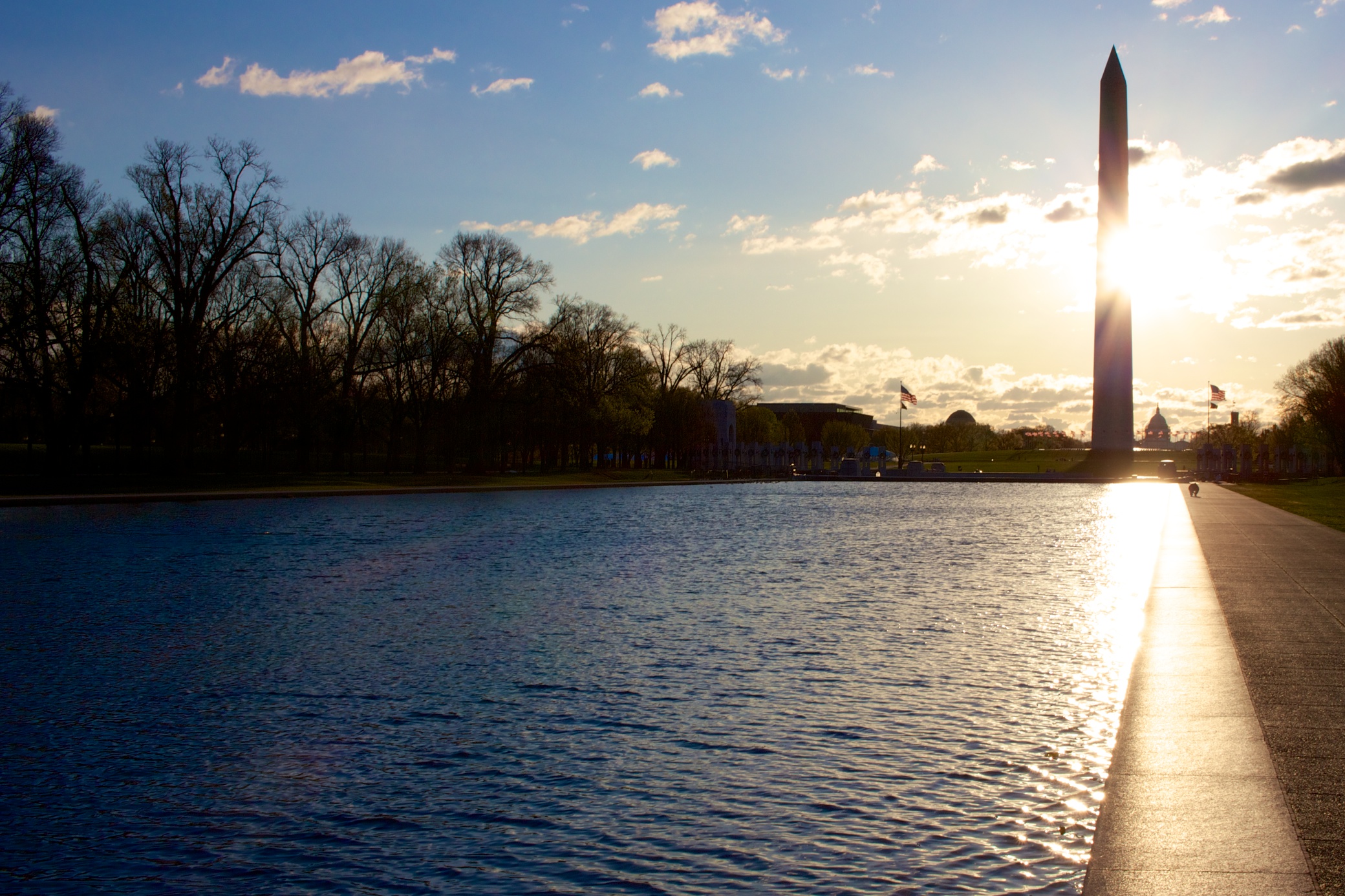 Today is July 4, known in the United States of America as Independence Day in honor of the day we Brexited 240 years ago. Since we’ve been spinning up our coverage of America’s Capital following the release of the Unofficial Guide to Washington, D.C., I figured there was no better time to take an early morning walk through some of the most spectacular monuments in the United States.

Let’s get this out of the way: the unequivocal best times to visit the monuments along the National Mall are from sunset to sunrise–and yes, I mean overnight. Sunset and sunrise obviously offer dramatic natural lighting, but the monuments are also wonderfully lit during the night hours. The effects are striking and the sites are open 24 hours.

With that in mind, most visitors peruse the monuments during the bright daylight hours. Sure they’re still majestic, but the hot sun and masses of people can detract from their optimal enjoyment. On a recent trip to Washington, I took my own advice. Now, I tend to be an early to bed, early to rise type of fellow so this walk starts around 6:00am, but you don’t have to be do that. The latest photos below were taken close to 8:00am and, as you’ll see, there is still no one around.

I began this trip at the Thomas Jefferson Memorial, built in honor of our nation’s 3rd President. It is a wonderful structure with an equally wonderful view and will definitely be the subject of a future post where I can do a deep dive into it’s history.

Unfortunately, the day I did this journey–during the National Cherry Blossom festival–was exceptionally windy (like 40mph gusts windy). That means that I had a hard time getting wide shots; even my tripod was being blown around. Luckily, the interior of the monument was protected enough and there were only two other people there at 6am–both fellow photographers.

Nearby the Jefferson Memorial is the George Mason Memorial, but I decided to skip it this morning. I was trying to get further around the Tidal Basin for photos as the sun came up. Therefore, I went right to the…

Moving clockwise around the Tidal Basin I came across the Franklin Delano Roosevelt Memorial, which couldn’t be more different. Rather than a classical monument, this is a sprawling structure meant as a representation of FDR’s four terms in office. It is one of my favorite places to just spend time, especially on this morning as I was the only one there for almost the entire time.

Continuing the path is a relatively new memorial, that dedicated to Martin Luther King, Jr. Like the man himself, his memorial is strong, powerful, and symbolic–designed around his own words. Even the large statue of Dr. King is a single piece removed from a greater stone structure behind him. On the side of the statue reads his quote “Out of a mountain of despair, a stone of hope.” In this memorial, MLK himself is that stone of hope.

The memorial is well done, but feels a little new and shiny–it is less than 5 years old after all. Of course, it will not stay that way and weathering will only increase the impact of this spot.

Crossing Independence Ave and heading a little west brings you to yet another fabulous, yet lesser known, memorial: the Korean War Veterans Memorial. As a big fan of this spot, there is a 100% chance that I will bore you by fawning over it in the future. The basics though are that it combines a memorial wall, reflecting pool, and statues; in short, it’s got it all. The result is peaceful, impactful, and beautiful.

You’ll probably notice by now that the sun is peeking over the horizon, yet there is only a minor sign of other people–and yes, the other two people here were photographers. Photographers be crazy.

What else can I say about the Lincoln Memorial. You (hopefully) know who Abraham Lincoln is and you likely have at least seen the visage of of his statue that sits in this memorial. The stressful look on President Lincoln’s face as he looks towards the distant Capitol building gets me every time. Seeing him staring into the coming sun on this morning was a little bit emotional.

The Lincoln Memorial was the spot where I saw far more people than anywhere else. By “far more” I mean that it was 7:15am and I there was about 15 other people there. Not too shabby compared to what it would be about 3 hours from then.

From the Lincoln Memorial I meandered along the deceptively long reflecting pool toward the World War II Memorial. I was working in downtown D.C. when this monument was built, so I am pretty familiar with it. To be honest, I don’t love it, although I love what it represents. I won’t go too far into it, because I already have.

My last stop was at the Vietnam Veterans Memorial, which involved backtracking toward the Lincoln Memorial again. The Vietnam Memorial is apt, because it is a little bit controversial: many do not like the way it looks. It is basically a shiny black sliver dug into the ground covered with the names of all those who made the ultimate sacrifice. I don’t particularly like the looks either, but this memorial is not about that–it is about the accountability of naming those lost. The emotions evoked by this memorial are not about how it looks, but what it is.

That wraps up this two hour early morning journey around some of the most beautiful monuments in the American Capital. Happy Independence Day!

3 thoughts on “Washington DC: The Joy of Monuments in the Morning”