Recently it was announced that an all new virtual experience themed around Star Wars, called Star Wars: Secrets of the Empire would be coming to Downtown Disney in the Disneyland Resort. The question was, where will this experience be located? It seems that it will officially be going in the space of Disney Vault 28 and Fossil. Both stores will be closing soon, by the end of September to make way.

Star Wars: Secrets of the Empire will be a brand new collaboration between Lucasfilm, ILMxLAB, and THE VOID which will take Guests literally into the Star Wars world via a hyper-reality experience. Star Wars: Secrets of the Empire will allow fans to move freely in an untethered, social, and multi-sensory experience and Guests will be able to interact with friends, fans, and even some characters.

It is still currently unclear where the experience will be found at Disney Springs in Walt Disney World.

Star Wars: Secrets of the Empire will open this holiday season on both coasts. Stay tuned to the blog for more details! 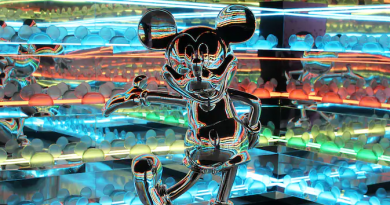 Pop-Up Disney! To End This September at Downtown Disney in Disneyland