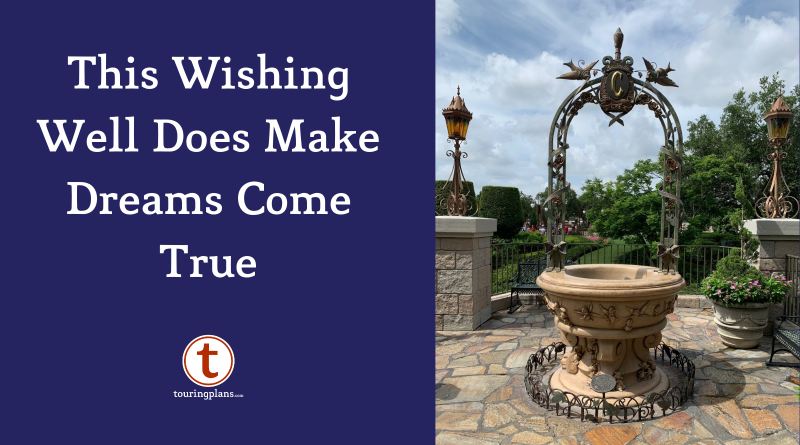 Did you know that there’s a wishing well at the Magic Kingdom? You may have walked by it dozens of times and never noticed.

The wishing well is located on the path between the Merida meet and greet and the castle. 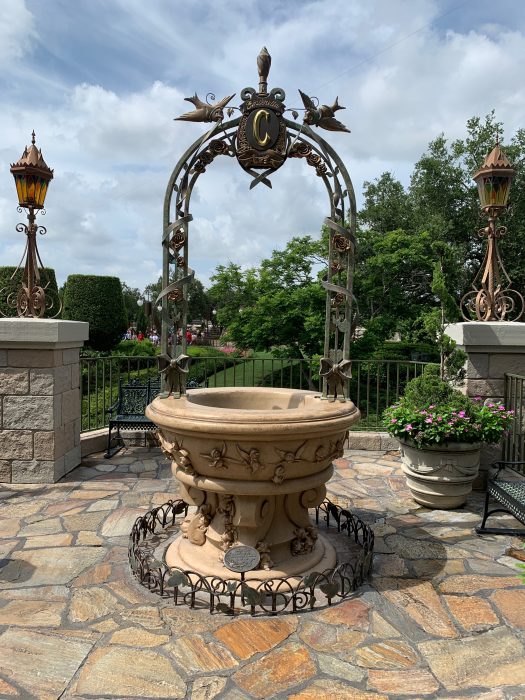 The detailed design is lovely, from the Cinderella typography at the top and cheerful birds in the center, to the sneaky mice at the bottom. 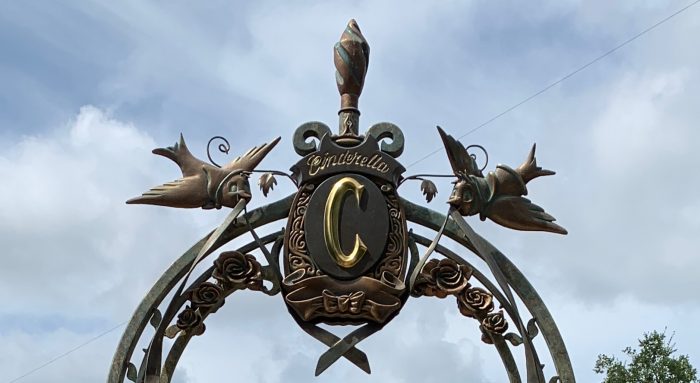 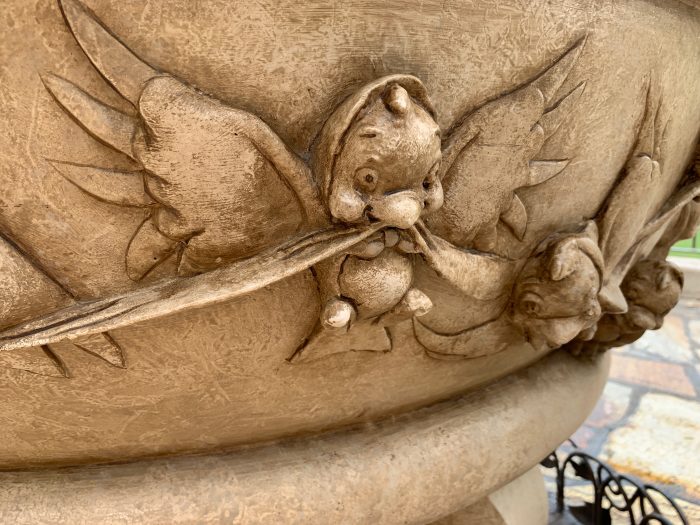 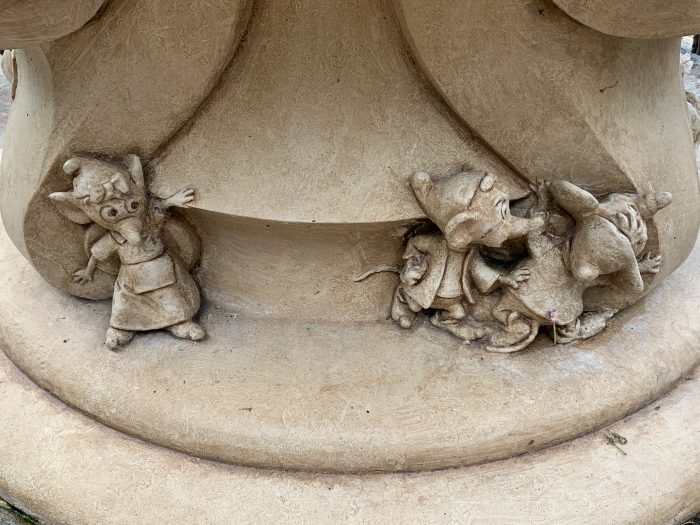 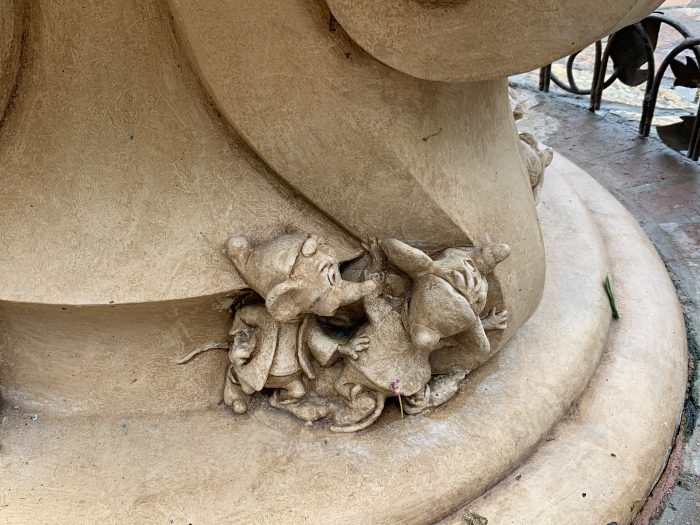 As charming as the well is to look at, to me the best part is that the well does actually make some wishes come true. A plaque at the base of the well states, “Your wishes will help the Dreams of Children come true.” Any coins tossed into the well will be donated to childrens charities in the Orlando area, such as Give Kids the World, an organization that has helped thousands of children with critical illnesses make “Wish” trips to Disney World. 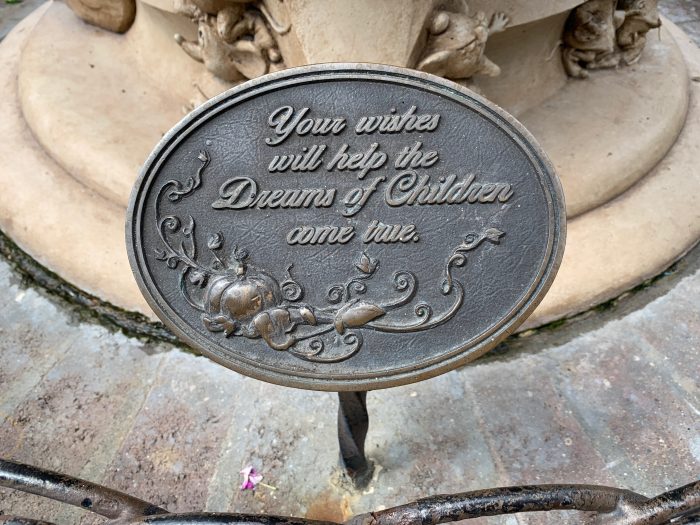 There are benches alongside the well, which make it a relaxing and scenic spot to rest for a few moments. I also think the wishing well area is among the most romantic spots at Disney World for a marriage proposal. Sigh.

Have you stopped by the wishing well? Have you tossed some coins in? Let us know in the comments.