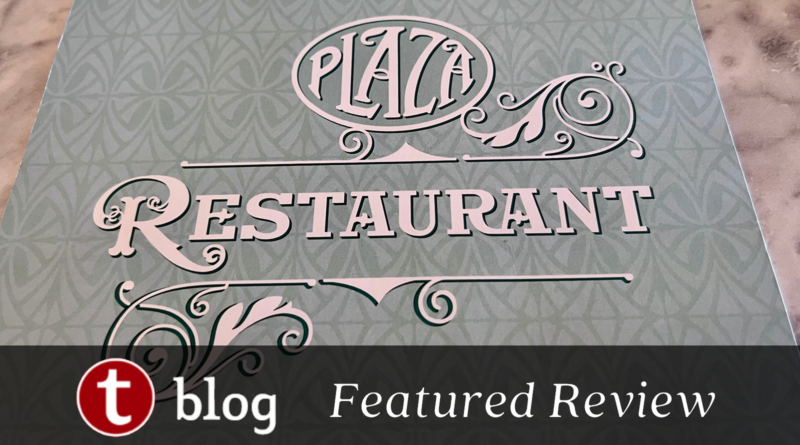 If you find yourself hungry walking right down the middle of Main Street, U.S.A., The Plaza Restaurant is definitely a restaurant to consider!

This turn-of-the-century-inspired eatery can be found between The Plaza Ice Cream Parlor and the Tomorrowland Terrace Restaurant. Not only has it been serving Magic Kingdom guests since 1971, but as an additional bonus, it also happens to offer views of Cinderella Castle! 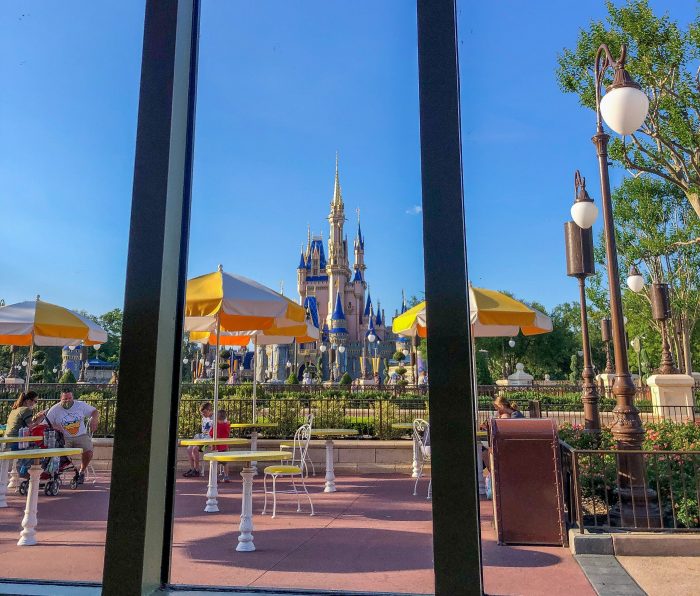 Dining at the Magic Kingdom can be challenging at times. This is why The Plaza Restaurant (which is often overlooked by guests) is one to keep in mind because it’s a blend of casual dining and that table service dining experience.

But what you truly need to know about this laidback, Main Street locale is that it’s, well, cozy (which is a polite way of saying small). 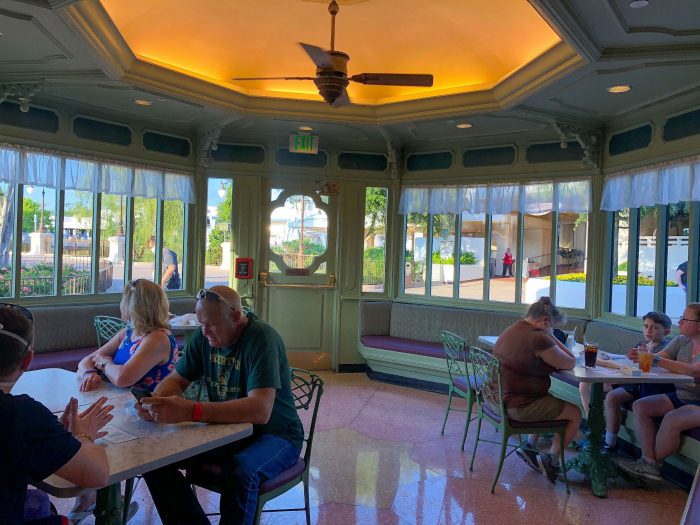 Since it’s anything but spacious, Advance Dining Reservations are strongly encouraged. A walk-up list is offered through the My Disney Experience app; but to secure yourself a table at the time you prefer, check out our free TouringPlans Reservation Finder!

Now, since The Plaza is an OG Magic Kingdom restaurant, and due to new additions and changes to its menu, our park reporter Chrissy dropped by to sample a bit of old and new. 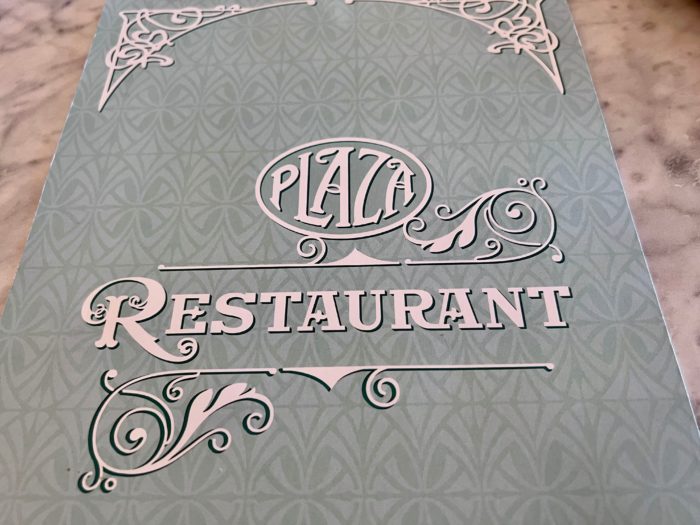 Here’s what was removed from the former menu that Chrissy tried in prior visits to The Plaza Restaurant:

Here’s what Chrissy sampled during her latest visit and a breakdown of the changes made to these items: 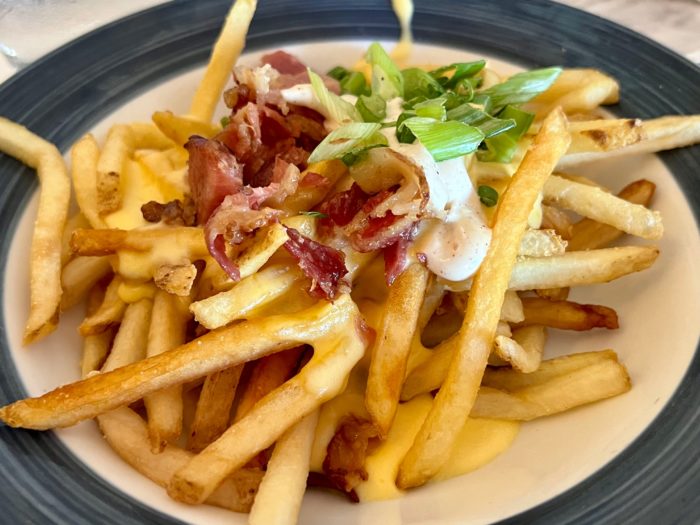 Previously priced at $12.50, this appetizer is no longer served with lettuce and tomato but now comes with spicy sour cream, large scallions, melted cheese, and bacon.

It’s still enough for two but far less glam than before. The chili-cheese fries at Casey’s Corner are far better and only $6.49 as opposed to $13.00. 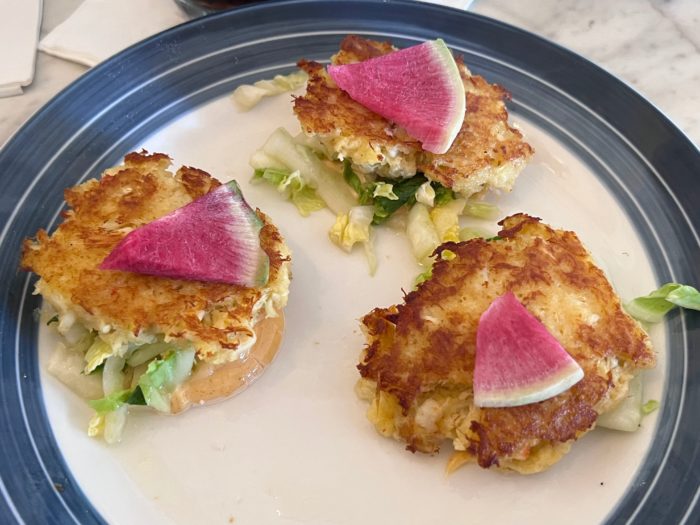 This super tiny portion just didn’t live up to the cost. They were fine, but the aioli was way too spicy for two out of the three people on our team. 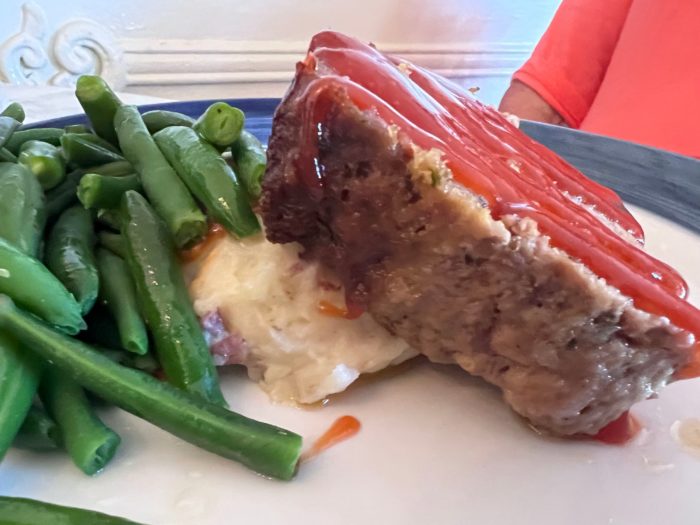 The price is the same, but The Plaza has tweaked the sauce. It used to be a beef gravy but now it’s a red, tomato-based sauce.

It’s still solid, still decent, but Chrissy says it felt like less of a value this time around because the dining room was crowded, loud, and her table didn’t have that castle view. 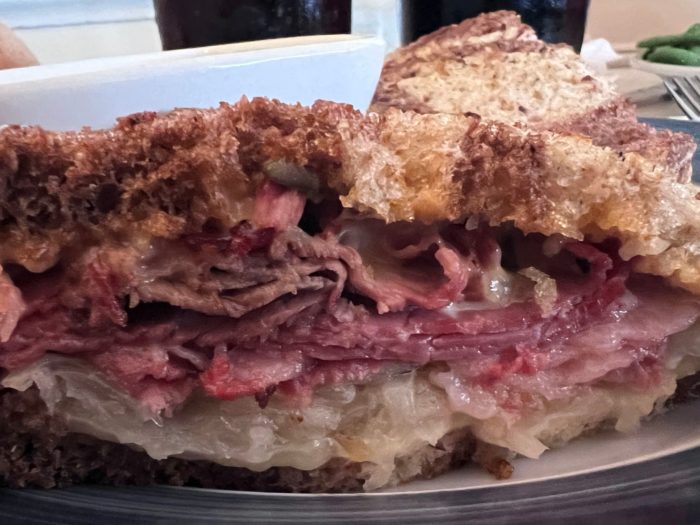 Very pricey for a Reuben sandwich, but it was warm and tasty. If you get fries, this could be enough to share. 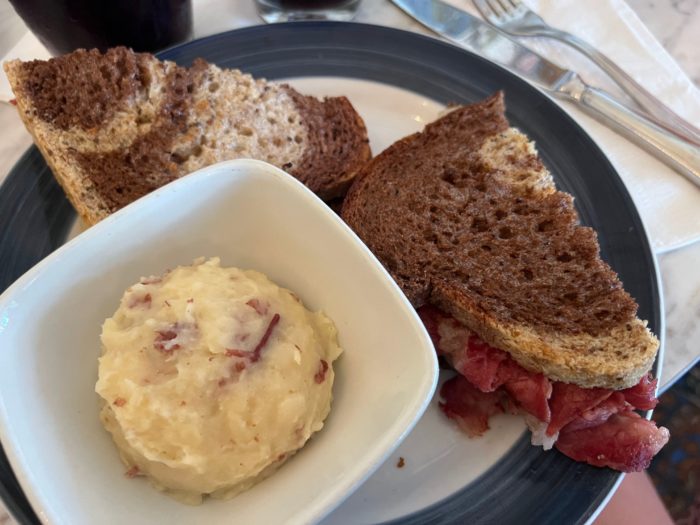 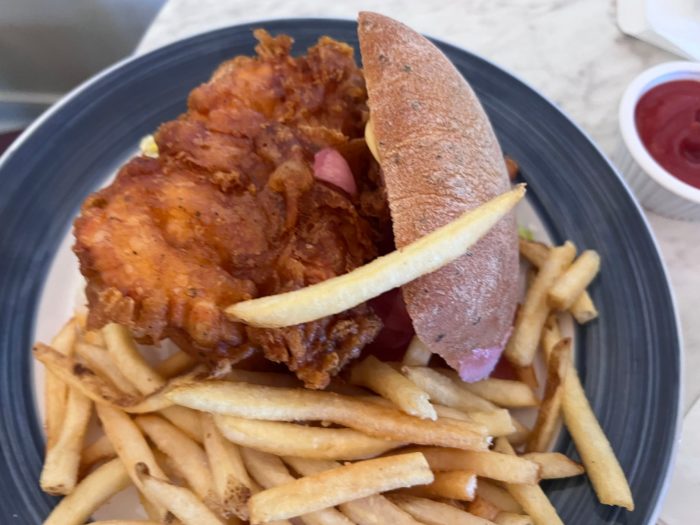 This was a GIANT piece of fried chicken breast. You can ask for onion, cabbage, and spicy mayo on the side. For sure, this sammie is big enough to share. 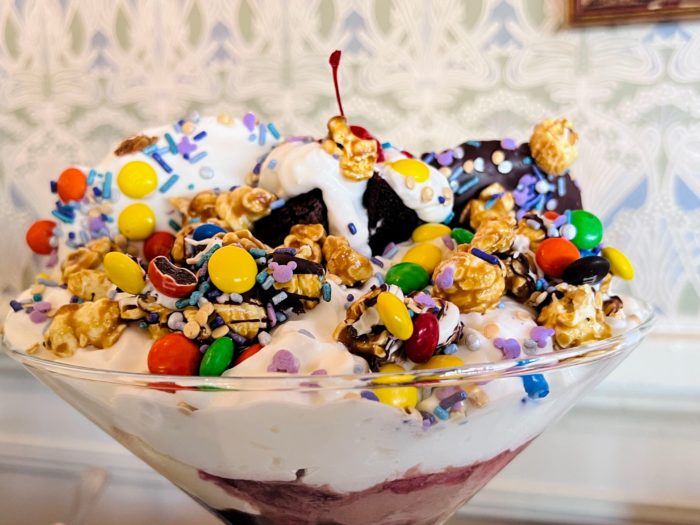 Also, much like the Kitchen Sink at Beaches and Cream, this sundae causes a ruckus when it’s brought to the table and is such a neat way to celebrate. Since it’s a 50th Anniversary dessert, remember it’s only here for a limited time! 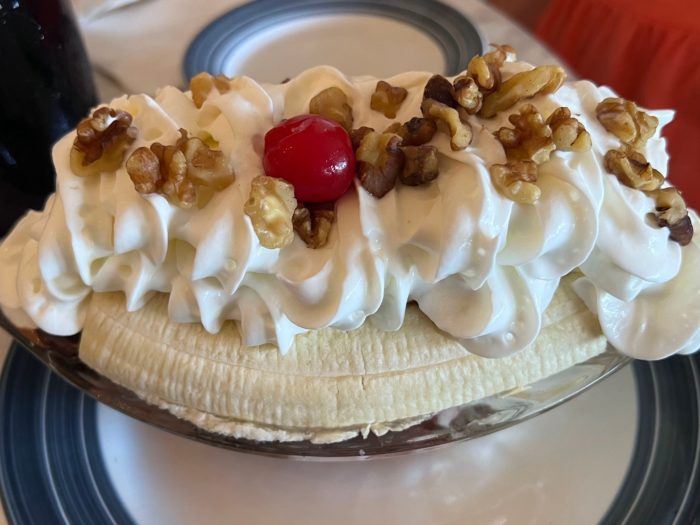 Just what you would expect from a classic banana split! Chrissy was happy to see The Plaza kept the price stable on this one. It’s simple and just wonderful.

The last time Chrissy dropped by The Plaza, the tables were still spaced for COVID-19. But now, instead of an intimate, cozy space, The Plaza Restaurant dining room is just loud and cramped.

The tables were close enough that Chrissy had to be careful when sliding back her chair so as to not bump the folks behind her. Let’s just say that they are definitely filling in all available space.

Have you ever dined at The Plaza? Is this Magic Kingdom restaurant one of your favorites? Let us know in the comments!

2 thoughts on “Is The Plaza Restaurant STILL a Magic Kingdom Hidden Gem?”