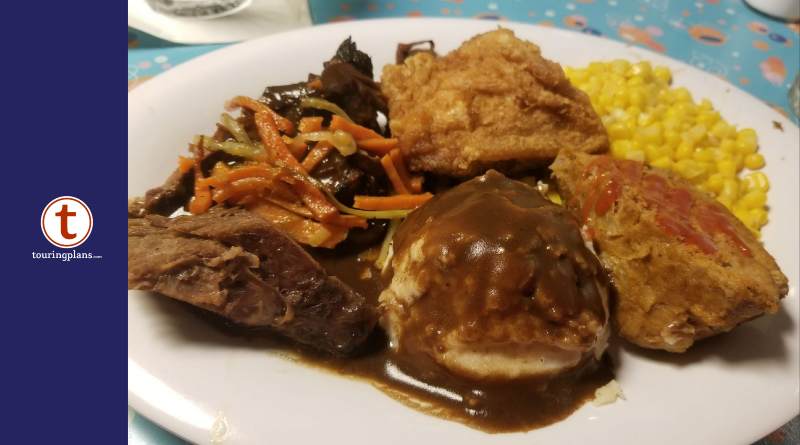 The comparisons here were chosen because I found a stash of, um, purloined, menus from two trips at the end of 2009. One of the first things to note is that while some menu items have stayed constant over the past decade, at several restaurants the food offerings have almost completely turned over. That’s both a good thing and a bad thing. Chefs should be innovating and using new ingredients to meet the needs of the current guest, but it may mean that your favorite item from a trip long ago does not exist any more. When I’m comparing prices, I’m doing so with the most equivalent menu item now available.

Note: All the large menu photos below are pictures of menus from meals I had at Walt Disney World in late 2009. The screenshots with uniform type on a white background are all from today’s menu listings on TouringPlans.com.

Beaches & Cream provides my easiest points of comparison because the menu today is largely the same as it was during 2009.

Le Cellier at the Canada pavilion at Epcot

Very few items from 2009 remain on the dinner menu at Kona Cafe today. Among the few that are still around, pot stickers (though the current are pork and the old version was duck) were $7.49 and are now $10.00, up 34%.

The 50’s Prime Time dishes have new names for the same things. We don’t know why the meatloaf used to be Dad’s recipe, but is now Cousin Megan’s; we do know that the price is up.

Not surprisingly, table service food prices have gone up over the past 10 years. Some increase are as little as 17% and some are over 300%, with many falling in the 30-60% range. The actual rate of inflation during this time was about 19%.

Ticket prices have gone up, but you’re not imagining it if you think other prices are taking a big hit on your wallet as well. And yes, Disney World food prices and ticket prices are both going up at a rate higher than inflation.

EDIT: Thank you to the readers who aptly pointed out that this English major had not had nearly enough coffee when initially working out the percentage increases. The increase rates have now been corrected. I will now keep my hands and feet away from the math for the remainder of our journey. 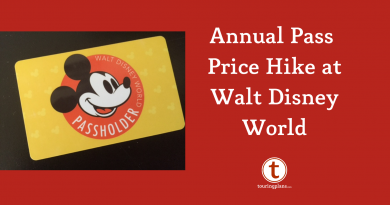 15 thoughts on “How Much Have WDW Table Service Prices Increased in 10 Years?”