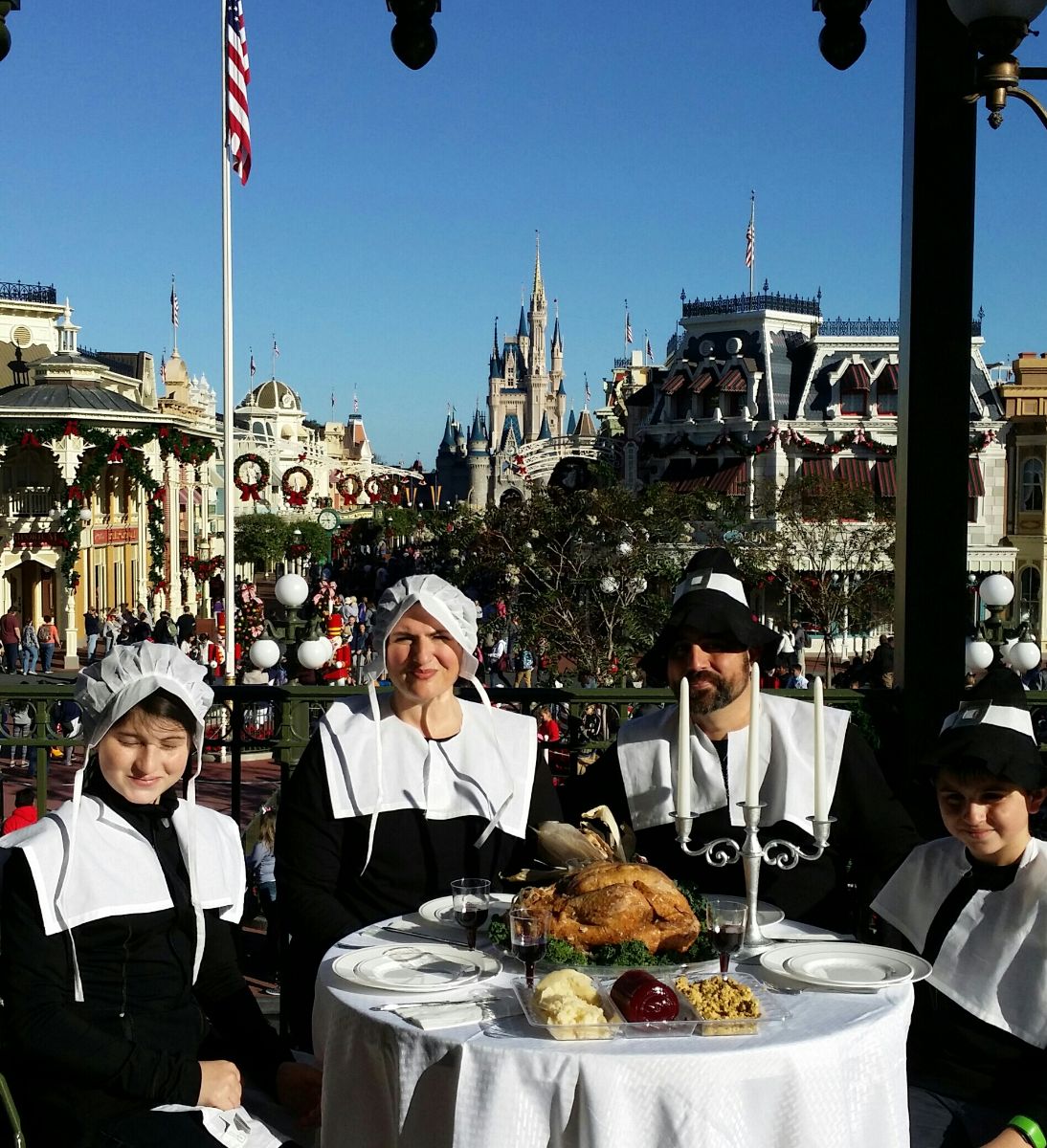 [This post originally ran in November 2014, which is when the Bloom family celebrated Thanksgiving in the Magic Kingdom. Wherever you are, have a Happy Thanksgiving. If you are not in the United States, you can go ahead and enjoy your day too.]

When my parents invited us down to Orlando for Thanksgiving this year, the first thing I thought about was pulling off this stunt. For ten years Len Testa has been saying that Disney allows people to bring food into the parks. To make his point he’s said that guests could even bring in a full Thanksgiving meal. So we did.

We followed all of Disney’s rules. Guests are allowed to bring food items into the theme parks. We avoided any restricted items. We were staying at an off-site timeshare unit, so we had a full kitchen to store and heat the turkey dinner we purchased at a Publix supermarket. We had two soft sided coolers, one for the hot foods and one for the cold foods. We used hot and cold packs to keep the food at proper temperatures. We also used two backpacks to bring in all the non-food items. We used only plastic containers and tableware. Since Thanksgiving is not complete without canned cranberry jelly, we opened the can at the timeshare and put the tangy goodness in a plastic resealable container.  Some afterthought items (not pictured) came in very handy: we brought paper towels, wet wipes, and 2 gallon zip lock bags. Also, some kale, of course, as a garnish for the turkey platter.

We purchased most of the dry-goods prior to driving to Orlando.

We did a last minute run to a store, to get a few final items.

The next decision was where we should eat our Thanksgiving dinner. Disney guests are allowed to eat at any counter-service restaurant or public area around the park. Prior to Thanksgiving we scouted out possible locations (see pictures below). We decided on the Main Street Train Station for multiple reasons. The area is not crowded at 8:30 am, we could have a view of the castle, and it is close to the entrance.

Many people asked how we “smuggled” everything in. We did not smuggle anything in. We went through security with all our things. The security guard looked through our bags and asked, “What time is lunch?” We were hoping a cast member would ask why we were doing this. We had the response: “We could not get a Thanksgiving reservation at any Magic Kingdom restaurant.” After we had our Thanksgiving table set-up, we had no problem finding a fellow guest to take our picture. We even let people to sit at our table so they could get their picture taken. At one point a group of excited cast members (who had been told by other cast members that there were “some pilgrims at the train station”) came to see us. They said that we won the best Thanksgiving family. Unfortunately, there was no prize (we asked).

We are so grateful to have been able to share this magical Thanksgiving experience as a family. It’s unlikely it’ll become a Bloom family tradition, but the memory will sure live on. 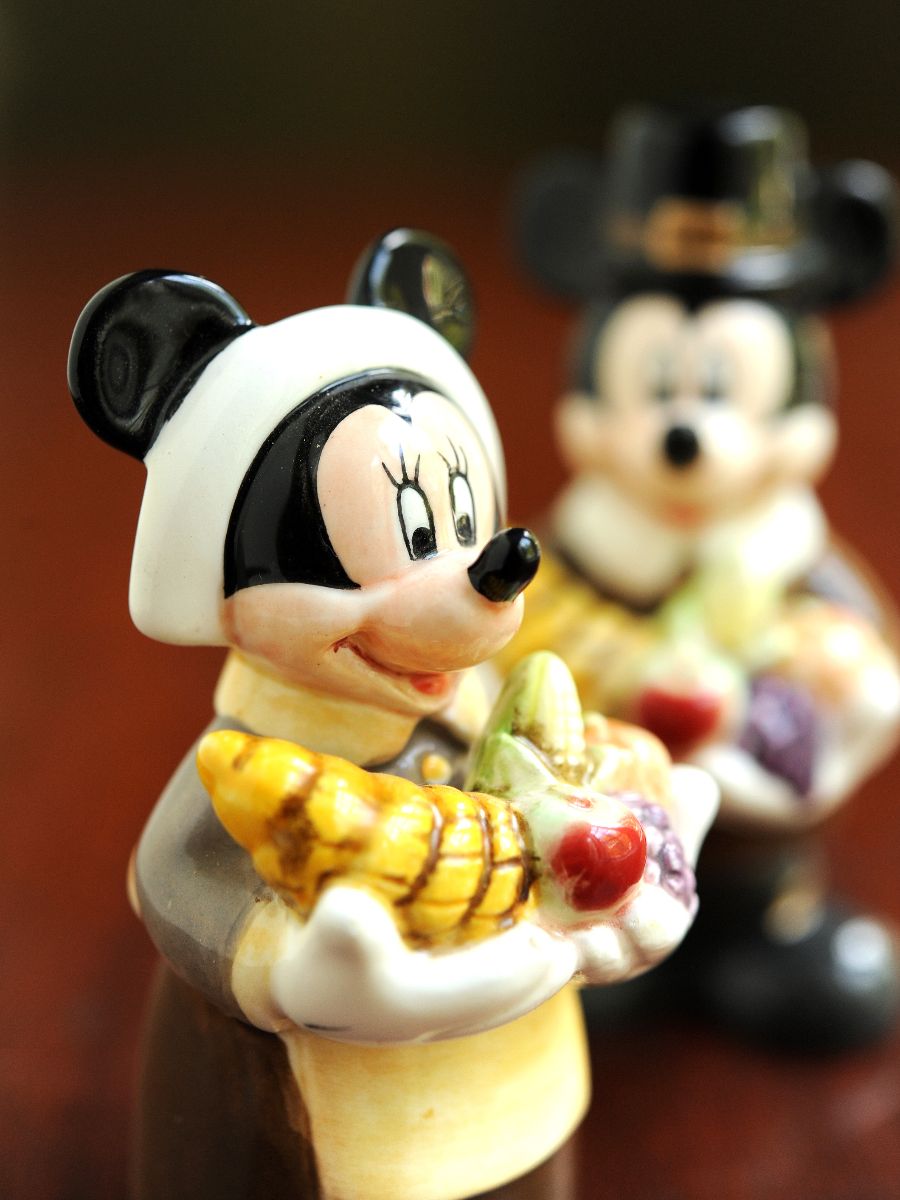 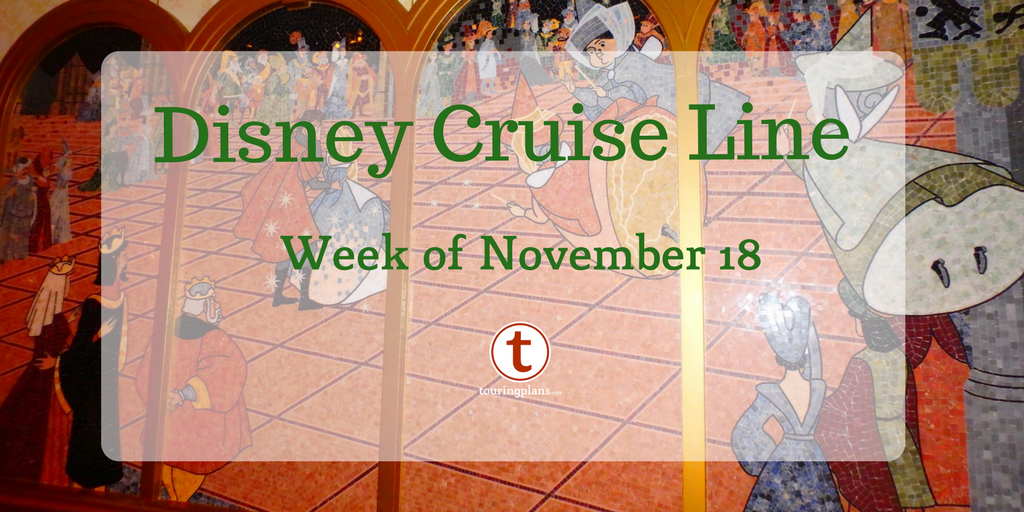 10 thoughts on “#TBT: Thanksgiving Dinner at the Magic Kingdom”