Welcome back to another Priceline Express deal update – let’s block this one out for easy reading:

Good News: Amazingly, the previous All-Star Movies and Animal Kingdom Lodge December deals are still out there for the taking.

Better News: We have some new and incredibly priced All-Star Sports deals to share if you are looking for a quick trip in the short term.

Time-Sensitive News: The Sports deals are as low as a *family friendly expletive* $58, but are only available on limited days and are for NEXT WEEK so START CLICKING PEOPLE.

Let’s jump right to a calendar for your data-intensive deal perusal, then we’ll follow up with some helpful info and some more Express Deal amenity change information. 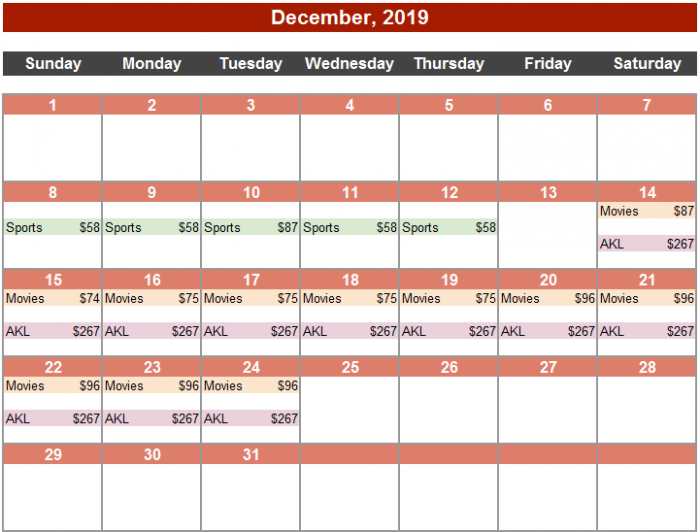 Last month we pointed out the Movies and Animal Kingdom Lodge deals ran from December 14-24. Also, the AK Lodge deals only appeared if you searched for multiple dates and used some slightly tricky sliding date windows. They may not show up for all multiple date windows you try.

My scientifically devised investigations (read: I searched a LOT of date windows) tells me the following for the AK Lodge deals: If your starting search date is…

Why is this? I dunno.
The Priceline Gods are fickle and enigmatic. (Note to self: Check enigmatic off on words to use calendar.)

For some more info on the search window topic, check out the previous post Priceline December Updates and Amenity Changes.

If you do, you’ll see that I discussed how Priceline has changed the amenities found on at least some Disney resorts when they appear in Express Deals. Almost all of the Disney resorts used to appear with Free Internet, Restaurant, and Swimming Pool – but now Free Internet has been replaced by both Handicapped Rooms and No Smoking Rooms.

This week, I spotted a few more changes. First I noticed one of their high-priced Express deals that I firmly believe is for the Wilderness Lodge. Can you guess what the amenities were?

NO YOU CAN’T BECAUSE THERE WEREN’T ANY!

Sorry for all the shouting, but what’s up with that?

There were some other deals that popped up when I clicked the Wilderness Lodge result, but Priceline has once again broken their own site and additional pop-ups aren’t clickable at this time. However, my tingly Priceline-sense makes me think both of those were Disney resorts as well and still have the “old” amenities listed on them.

To add insult to enmity (check another word calendar word off!) I later noticed a non-deal Express deal that I believe was for Yacht Club – with a whole ‘nother set of amenities. So, just be aware moving forward: our old rule of thumb regarding Disney resort amenities seems to be turning into thumbthing else. 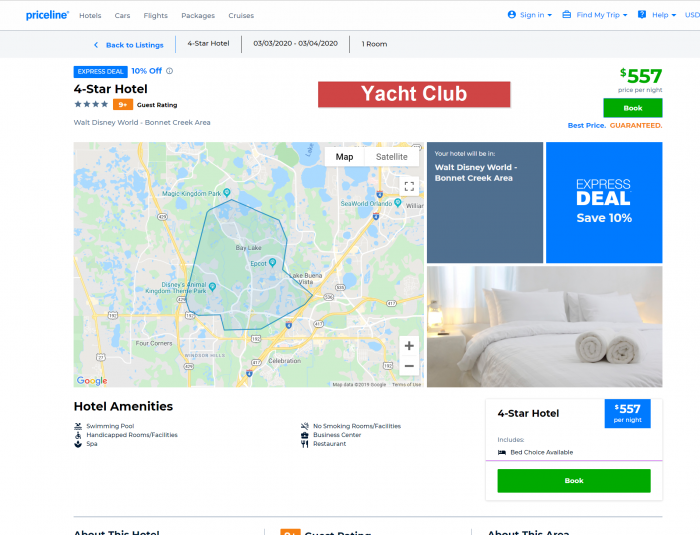 If you’re excited about a $58 Sports deal or have seen any other odd amenity combinations, please let us know in the comments! 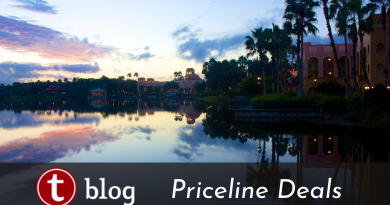