Crowds have mostly been low so far for 2021. We expect the week of President’s Day and Mardi Gras will be the busiest week of the year. Before the pandemic, when these two holidays fall on the same week we would see 9s and 10s. Crowds will not be that high. Disney has extended park hours once or twice for each day between February 13 and 21. 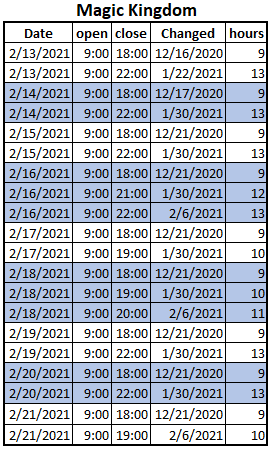 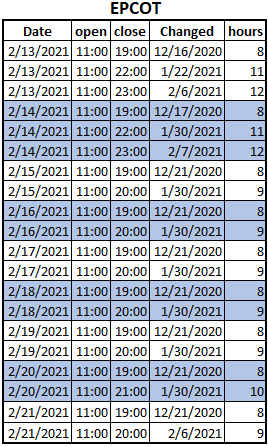 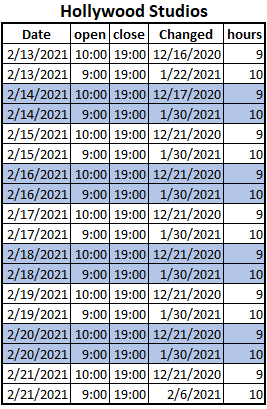 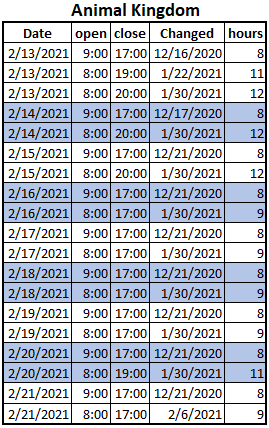 The first half of the week will be more crowded than the second half. EPCOT is typically busier on the weekends. With the EPCOT International Festival of the Arts ending on February 22, the weekends will be slightly busier as it will be the last chance for locals to visit the festival.

We try to avoid making last-minute changes to the Crowd Calendar. (Sorry!) We would rather guests be prepared than surprised when they show up at the parks. Remember, arriving early and using a Touring Plan will save you more time than just picking a park with a low crowd level.