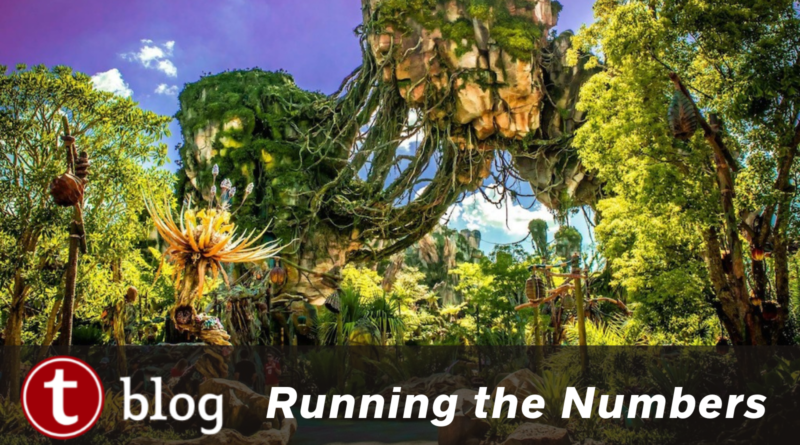 Everyone wants to talk about Genie+. And a lot of people feel like they need to learn all about Genie+ before their next trip. Our YouTube series of 6 videos about Genie+ has gathered over 70,000 views in just the past two months. Our fancy-pants availability charts have gotten your feedback as must-have tools for this current era of Genie+. And there are many, many Disney sites that are offering prioritized lists of Genie+ attractions at every park.

A lot of those lists are based on gut feel. And some are even based on some pretty thorough testing by the authors or their teams. But here at TouringPlans, we’ve got the math. And I’m finally confident that we’ve got enough data to make some real data-driven prioritized attraction lists for each park. Today we’ll start with Animal Kingdom, and then in the coming days we’ll release similar posts for the other three WDW parks (and eventually Disneyland parks too, but they need some bigger sample sizes first).

This post was last updated on September 13th to account for recent trends. This includes the addition of Meeting Pals at Adventurer’s Outpost

We can rank the Genie+ attractions in each park in multiple ways. In this post, we are aggregating three of those measures by doing a simple average.

The first two of of these rankings are relatively easy to figure out based on our most recent Genie+ analyses. You can find those results and how they were calculated here and here.

Update: After feedback from readers, I’m expanding this linear comparison to all three metrics. So all will be linearly distributed between the lowest and highest ranks. We’ll see how this impacts the rankings!

Once I calculated all three ranks, then I averaged the three results and sorted from score that was closest to one all the way to the highest number. I used those averages to come up with the following prioritized list! Phew.

Satisfaction Score = 1 out of 7

At Animal Kingdom, Kilimanjaro Safaris has the second-worst availability of all Genie+ attractions, and is the option with the highest satisfaction. It’s no longer the top “trifecta” like it once was, but that’s due in part to the attraction being able to stay open longer with later sunsets. That increases availability to help keep up with demand. And its time savings aren’t what they used to be. It only has the 4th-highest time savings of any attraction because its Lightning Lane waits are trending higher – 16 minutes or so.

On high crowd days, it now doesn’t book up until the early afternoon. You can save up to 30 minutes compared to standby, on average. And of the whole seven attractions on this list, it has the top satisfaction.

Availability Score = 1 out of 7

After Kilimanjaro Safaris, Na’vi River Journey is the obvious second choice. And based on recent data, it not only saves you the most time (41 minutes, on average) – it also sells out about an hour or two before Safaris on most days

But when you factor in satisfaction, the decision doesn’t stay the same. River Journey ranks 6th out of the 7 Genie+ attractions in average satisfaction. On a scale of 1 to 7 (with 7 being worst), it can only manage a pitiful 6.5. But I’m going to go ahead and say it’s worth trying, especially without much of a wait.

Kali River Rapids was originally pretty low on the list, thanks to easy availability all day and not-spectacular time savings (hovering around the 10 minute mark with somewhat low sample sizes). The bright side was that its satisfaction score was … not as terrible as some others. I called out during the original release of this list that this ranking was the most likely to change with the higher temperatures of late spring and summer … and it did! Hooray for good Becky hypotheses!

The average 10 minute time savings of winter have rocketed up to almost 30 minutes of average time savings in the past couple of months. I expect these savings to remain on warm days through at least the early fall. After temperatures drop, so will the ranking. And it sells out quicker than any attractions other than Kilimanjaro Safaris and Na’vi River Journey. That puts it in a solid third place.

A new entry on our list for Fall 2022! Character meet and greets have returned to normal, and are incredibly popular. Unfortunately, staffing levels still haven’t returned to normal. Which means that high demand meets low supply … and high wait times are the result. Adventurers Outpost has the third-highest wait time savings of any Genie+ attraction in the park because of those higher wait times. Its satisfaction is very high for this park as well, once again coming in third.

But, its availability is not a problem at all. People don’t know that they should be booking this option (or they don’t care about characters), so you should be able to book Adventurers Outpost pretty much all day. As we move into late fall, expect more people to realize they should prioritize this, and for wait times at Kali River to drop – helping these two to flip-flop their spots.

Ohhhhhhh … Expedition Everest. Which as of the first rankings was in 2nd place. Surprisingly, Everest has relatively pitiful time savings compared to the entries above it here, with something like 15 minutes saved on average. It also sells out after most attractions at Animal Kingdom, including DINOSAUR. Weird. That being said, its satisfaction score is MUCH higher any other attraction on the rest of this list other than the Safari. As far as satisfaction goes, you’re better off not making any other reservations and exploring the animal trails or watching the shows. Or playing Wilderness Explorers!

Availability Score = 5 out of 7

DINOSAUR ranks in 5th place for availability (booking up 3-4 hours after Na’vi River Journey does, so it’s not really close) and 6th place for time savings compared to standby (not a big sample size, but still in the 10-15 minute range).

In this case, out of the seven Genie+ attractions we’re ranking, DINOSAUR also happens to have the fourth-best overall satisfaction from the past two years. On our 1 to 7 scale, it scores a 6.2. Better than Na’vi River Journey, but not by enough get very high on our priority list.

Availability Score = 7 out of 7

Satisfaction Score = 7 out of 7

It’s tough to recommend It’s Tough to Be a Bug (see what I did there?). At all. Ever. To anyone. Genie+ reservations have almost immediate availability all day every day, and the cost savings are close to zero on all except the very most crowded days of the year. It also has really low overall satisfaction, performing especially poorly with the young kids set who tend to be scared of all of the in-theater elements. I’d say don’t ever waste your time on this one unless you’re not park-hopping, have already purchased Genie+ for the day, and have already used reservations at basically every other eligible attraction or show.

Have you used Genie+ at Animal Kingdom? Do you agree with these rankings or would yours be different? Let me know in the comments! And check back on the blog for similar lists for the other three WDW parks.