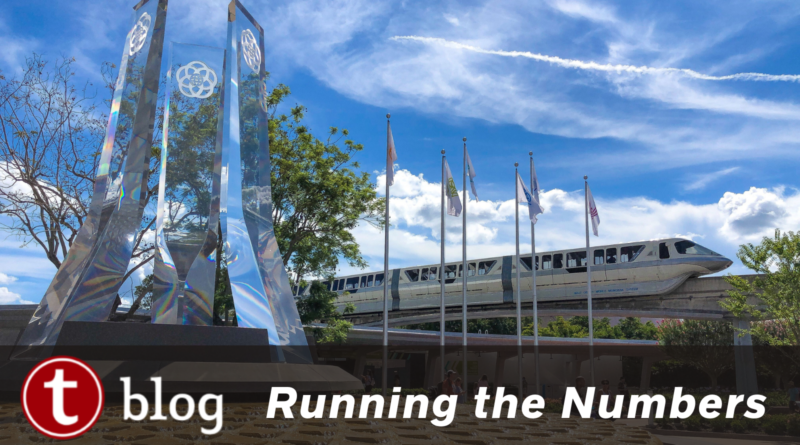 We have crunched So. Many. Numbers. about Genie+. We know what availability looks like on pretty much any given day. We know how much time you can save at each attraction depending on the crowd level. We figured out what both of those things meant for overall time savings in a day. We even made a Genie+ stacking video with a Lord of the Rings mashup title on YouTube. Maybe you thought we were all Genie’d out.

But never fear! There’s one thing that we haven’t given you, and that’s a list of how to prioritize Genie+ attractions for the day. I will preface all of this by saying that I always recommend booking what you enjoy, but I enjoy math. So I want my list powered by data. You may see other priority lists pop up on Disney sites, based on various things like previous experiences or gut feel. But this one is supported by … EQUATIONS. Strap in and enjoy the ride.

We can rank the Genie+ attractions in each park in different ways. In this post, I am going to aggregate three of those different measures by averaging them. Easy peasy.

Ranking by availability and time saving is pretty easy, because we can pull that data from our most recent Genie+ analyses. You can find those results and how they were calculated here and here.

Update: After feedback from readers, I’m expanding this linear comparison to all three metrics. So all will be linearly distributed between the lowest and highest ranks. We’ll see how this impacts the rankings!

Once I calculated all three ranks, then I averaged the three results and sorted from score that was closest to one all the way to the highest number. I used those averages to come up with the following prioritized list!

As a now permanent addition, Remy’s Ratatouille Adventure has joined the Genie+ lineup at EPCOT. This is a big deal and takes EPCOT from an “avoid using Genie+ here, absolutely not worth it” to a “well, strongly consider it if you can’t or don’t want to rope drop”. That’s thanks to what should be a lot more capacity, and now the opportunity to save a lot of cumulative time. We originally predicted that a Genie+ reservation would save you an average of 62 minutes compared to standby. Since then, we’ve seen the average actual savings turn out to be 54 minutes in the early summer and 43 minutes in the late summer and early “fall”. Not bad, not bad. This is still way ahead of the other two good time savers (Frozen Ever After and Test Track).

And unlike my original predication, Remy is selling out much much faster than Test Track or Frozen Ever After. In fact, it’s even selling out faster than Slinky Dog Dash. Totally crazy. The availability issues combined with the time savings make it an easy first pick, assuming it’s something that your party is actually interested in experiencing.

Test Track has long standby waits, relatively poor availability (often selling out around 10 am), and is unreliable thanks to the weather. This initially made it the obvious choice for what to book first if you’re using Genie+ at EPCOT. But its time savings pale in comparison to Remy and Frozen Ever After, and that may finally be convincing people to use their reservations for those attractions and just try to time their Test Track wait for a low-crowd time (hello Early Entry and Extended Evening Theme Park Hours). If time savings alone are most important to you (or if you have small kids), Frozen and Remy should both take priority.

Frozen Ever After, like Remy, used to be an Individual Lightning Lane, and for good reason. You can save large amounts of time by using it, and probably your little kids aren’t eligible for Test Track anyway.

Realistically, once the “novelty” of Remy wears off, we expect that Remy, Frozen and Test Track should all have similar demand and sell out around the same time, so you’re most likely going to have to pick one and then hope you can pick up the others when you’re first eligible, or with a sneaky refresh of availability or cancellation later in the day. As it stands, on most days you’ll be able to select two of them, at best.

Thanks to its third theater, and the relative lower popularity of the “Around the World” version compared to the original, Soarin’ doesn’t usually generate the crazy standby lines that Test Track, Remy, or Frozen Ever After do. That means you can’t save as much time. It’s also available pretty much all day, other than on high crowd level days when it books up in the middle of the afternoon.

That being said, its satisfaction scores still totally annihilate the first three entries on this list. So while it might not be as important from a time savings perspective, you are definitely going to want to experience Soarin’ during your EPCOT day. Whether you’ll need Genie+ to do it is up to you. My personal take? I’d use Genie+ at Test Track, Remy and Frozen if possible, standby for Soarin’ unless it’s a crazy day, and then start stacking for another park.

A semi-controversial pick here at number five with Mission: SPACE. If you struggle with motion sickness or small spaces, ignore this entry altogether. But if you can handle those things and are a space geek (I happily include myself in that list), Mission: SPACE is a decent choice. It will only sometimes book up for the day a few hours before closing. It isn’t incredibly popular, though, so you’ll probably only save something like 10 or 15 minutes compared to standby.

Spaceship Earth almost never sells out of Genie+ availability, so it’s not prioritized quite as high as Mission: SPACE, which sometimes does sell out an hour or two before closing. And the time savings is much worse, averaging something around 5-7 minutes.

If you’re at EPCOT on a high crowd day and already in the area with a reservation to spare, chances are you can pick this one up and use it immediately, avoiding whatever standby line exists. I’d call this a reservation to use opportunistically as time allows.

For those keeping track at home, here’s where I draw the line of priorities really mattering. Any differences between the remaining attractions are really negligible. I’ll continue to rank them because … MATH, but if you’re still using Genie+ reservations at EPCOT at this point on the list, you’re in the very tiny minority. Often it’s not worth the hassle.

Turtle Talk used to have the worst time savings of any attraction in EPCOT, but it’s magically not quite last. But really, using Genie+ here isn’t going to save you time. For once, I’m suggesting that you ignore the math, unless a conversation with Crush really is just a huge priority for your group.

I will go on the record saying that you will never need Genie+ to access the Short Film Festival. Watch them on Disney+ at home. But, sneaky tip: Mickey has a meet and greet in this exact area too. And most people think you have to watch the films to see Mickey. You don’t! Just walk around the side and enjoy your Mickey time. Easiest way to see Mickey on property.

9. Living with the Land

Despite the fact that Living with the Land is one of the most awesome attractions at WDW, it doesn’t typically draw large crowds of hyrdoponics fans. Weird. It keeps immediate availability basically all day, and won’t generally save you a lot of time. That being said, its satisfaction score has recently been improving! The Becky advice: ride this ride, just don’t use Genie+ to do it, unless you walk up to the line, it happens to be long, it has immediate reservation availability and you happen to be able to make a reservation.

10. The Seas with Nemo and Friends

Coming in 9th place is the Seas with Nemo and Friends. Should you experience the main Seas tanks and exhibits while at EPCOT? 100% yes! Do you have to do the ride in order to access them? Nope! If you haven’t done it before, and/or have big Nemo fans in the group, then by all means go for it. But unless the attraction is having reliability issues, you won’t need to use Genie+ to do it.

An interesting side note here – The introduction of Remy to the Genie+ pool hasn’t had a significant impact on availability or time savings for any attraction … other than The Seas. My Becky hypothesis? More families with young kids are using Genie+ at EPCOT thanks to Remy and Frozen. The Seas is an attractive option for that demographic if you know nothing else about its wait times, so it may be luring that new audience in.

As a lifelong Figment fan (seriously, not an exaggeration), this one pains me. But I also agree with it. Journey into Imagination is a shell of its former self. And if you weren’t familiar with its former self, you still have to be okay with permeating skunk stench to enjoy this version of it. Shockingly, there are no large crowds of people wanting to experience that. You can pretty much always book it with immediately availability if you so choose. But even if you do, you might save something like 4 minutes compared to standby.

Becky anecdote of the day: I once took my 18-month-old on the ride while my husband waited outside because I demanded that she must experience Figment, no matter the cost. We got stuck in the skunk room for over 10 minutes. I cross my fingers every day that that memory is not the Disney memory that sticks with her for the rest of life.

Have you used Genie+ in EPCOT? Do you agree with these rankings or would yours be different? Let me know in the comments! And check back on the blog for similar lists for other WDW parks.

13 thoughts on “Genie+ Priorities at EPCOT”