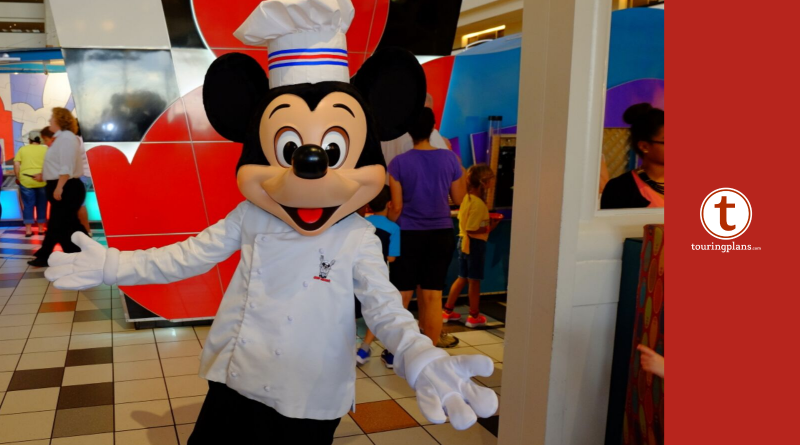 Dining with characters is a rite of passage for many Walt Disney World visitors, who consider dining with Mickey to be at the top of their theme park must-do list. But with so many options, how do you decide which character meal is right for you?

First things first – There are at least 15 restaurants or dining experiences in the Disney World theme parks and Disney-owned hotels on site that offer some form of character dining. Additionally, there are a few more authorized character dining opportunities at nearby hotels that are not owned by Disney.

Character meals are dining experiences where you can meet a Disney character in the comfort of a restaurant. With a few exceptions, the characters will come your table while you’re eating, stopping to chat and pose for photos. You’re essentially killing two birds with one stone – eating and getting an iconic photo opportunity. As an added bonus, the vast majority of character dining takes place in air-conditioned comfort, which is often not the case when meeting characters in the parks. This can be a huge factor to consider during the brutally hot Disney World summers.

For more information about meeting characters in general, check out our extensive character greeting FAQ.

When you’re deciding which character meal to book, you may want to think about several factors.

There is a significant range in prices for Disney World character dining. The adult price for dinner at the Magic Kingdom’s Cinderella’s Royal Table is $73 (more during peak times), whereas the adult price for breakfast at the Animal Kingdom’s Tusker House is $30. There also differences if you’re using Disney Dining Plan credits to pay for your meal – that dinner at the Royal Table will set you back two table service dining credits rather than one for most other character meals.

You’ll get Mickey and classic characters at Chef Mickey’s in the Contemporary resort. Winnie the Pooh and friends appear at the Magic Kingdom’s Crystal Palace. There are princesses at the Royal Table, Epcot’s Akershus, and Trattoria al Forno at the Boardwalk. Disney Junior characters are at Hollywood & Vine at Hollywood Studios. Lilo and Stitch are ‘Ohana (Polynesian) at breakfast. Other combinations appear at other locations; these are noted on the WDW website.

Some children are fearful of “fur” characters, those like Mickey who have big, animal-style heads. If that’s an issue for you, choose one of the princess-centric meals.

Other kids don’t do well with being teased or playful banter. If your child is a serious sort, avoid the dinner service at 1900 Park Fare (Grand Floridian) which features Cinderella’s snarky stepsisters and the Story Book Dining at Artist Point (Wilderness Lodge) which includes Snow White’s Evil Queen.

Make sure you’re not booking a meal that will upset your children.

Some character dining experiences, such as Crystal Palace, are offered at breakfast lunch, and dinner, other meals are only available at one or two of those dayparts. Don’t get your heart set on dinner with characters at Cape May Cafe (Beach Club), because that’s a spot that includes characters only at breakfast.

If you’re going to be spending the day in a park anyway, there are some advantages to having an early breakfast inside a theme park. If, for example, you book an 8:05 a.m. breakfast at Crystal Palace (Magic Kingdom) on a day when the park opens at 9:00, you’ll be finishing up your meal just as the park opens to regular guests, with you already inside the park.

Location of the restaurant?

How loud will the restaurant be?

The larger the restaurant, the louder you can expect it to be. And even some of the smaller restaurants can be a wall of sound during mid-meal parades or dance parties. If you have child with sensory processing issues exacerbated by noise, your best bets might be breakfast at Cape May Cafe (Beach Club) or lunch at Garden Grill (Epcot) that tend to have a somewhat lower ambient sound level.

What is the dining style? Buffet? Table service? Something else?

What is the weather during my trip?

All the currently available character dining takes place indoors. However, there are several character meals where the pre-meal waiting area is outdoors. For example, the queue for the princess dining for Epcot’s Akershus is in an unshaded walkway. If you’re visiting during the hottest months of the year (April-October) you might be happier choosing a venue where the waiting area is inside and air-conditioned.

What other questions do you have about choosing a character meal? Veteran Disney travelers – what helped you decide where to dine? Let us know in the comments.