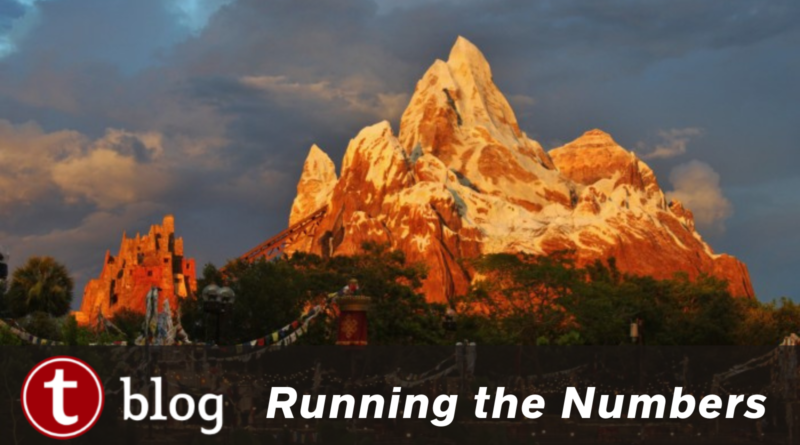 Last week, we spent two days digging into return times for Genie+ reservations across every park. That was a lot of numbers and dots and words. But we didn’t cover what is potentially the most cost-effective way to spend your money skipping lines during a WDW trip – Individual Lightning Lane Access. At parks like Animal Kingdom and EPCOT, it’s hard to get much real value out of Genie+. But both of those parks (as well as Magic Kingdom and Hollywood Studios) absolutely have rides where paying for Individual Lightning Lane Access can save you a significant amount of time under a wide variety of crowd conditions. These Individual Lightning Lane (ILL) attractions all have very different return time distributions, just like Genie+ attractions. Today we’ll be looking through three different days of data to see how the Individuals Lightning Lane return times shift throughout each day.

If you read the two articles about Genie+ return times, you know that the data for those posts was ugly and required a lot of cleaning. Not much has changed for ILL data. Thankfully, we can start with the same basics.

With those two data points, we can make some pretty awesome colorful plots of the time that you make the reservation and earliest time that you can return. And then things start to get complicated. Each attraction has a different plot, and each day has a different plot. To get really predictive, we have to combine all the days together and extract some meaning out of them. And on top of all of that, the data is ugly. Thankfully, since ILL return times are paid for individually, a lot less cancellation and dropping/switching happens. So maybe the data isn’t as ugly. But we still see some interesting behavior.

A couple of quick notes on how to read these graphs, and then we’ll hop into analysis. First, the time you scroll the app to purchase your ILL is on the horizontal x-axis. And the earliest time that you’d be able to select as your return window, when you’d get to show up to hop into the Lightning Lane at the attraction, is on the vertical y-axis. If ILL for an attraction is available for immediate use when you purchase it, it would show up on the dotted black line. I’ll call that “Buy Now Ride Now” – or the ILL version of walk-up availability. If a certain color of dots disappears totally from the graph, it means that the attraction has sold out for the day.

Have any questions about Individual Lightning Lane? Let us know in the comments.

21 thoughts on “How Do Individual Lightning Lane Return Times Shift Throughout the Day?”