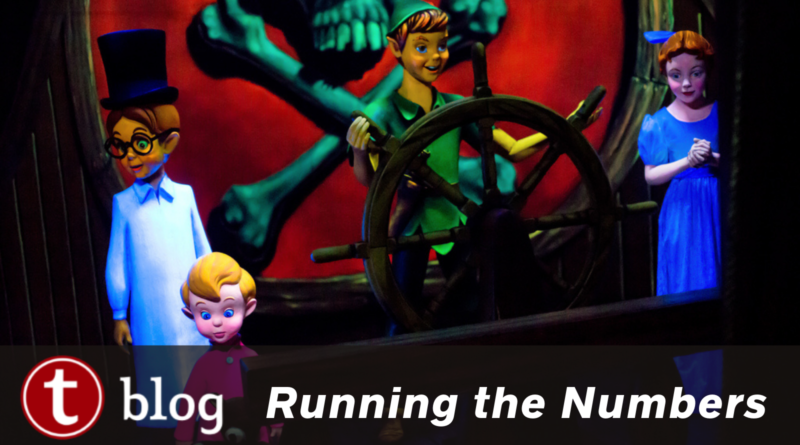 Effective use of Genie+ at Walt Disney World is a total moving target. Availability keeps changing, attractions get added or removed, people tend to use it differently … and all of this makes it really hard to plan. Bonus: if you don’t plan, you’re probably only going to get to make and use 2 or 3 Genie+ reservations in a day. And Disney knows it, which is why they recently added language to lower your expectations.

All of this constant changing means that you need updated information to make decisions with. And I last posted Genie+ availability charts back in April. Since then there have been some new additions to available attractions, and we saw spring and summer crowds impact the parks, potentially stressing the availability load. That means it’s time for new availability and return time charts. Hooray! All of this data includes the last 6 months of return time and availability data, but weights the past 2 months most heavily. (Last updated July 6th, 2022)

If you read the original articles from February, you already know all of this stuff. You can “test out” of reading this section if you can interpret the color chart below!

Each park below will have a set of three tables. Each table shows you data from a certain range of crowd levels:

You can look at any attraction (which are shown in the rows) and a booking time (which are shown in columns, and represent the time you’ll be able to make a reservation). The color of the box where you land will show you the chance that you’ll be able to get a return time. A green box means the attraction is never sold out at that time. A red box means it’s always sold out by that time – you’ll be out of luck. And if the box is yellow, you’ve got a 50% chance of it being sold out already. Brand new for this series – I’ve also got accessible versions of the charts in each section for those with color blindness. For those charts, blue = 100% availability and orange = 0% availability.

In addition to the color, you’ll see a time in each box. That is the average return time you can expect for that attraction at that booking time, given a certain crowd level. So, for example, if you look at Millennium Falcon on a low crowd day, and you think you’ll book it at 11 am, you can expect a return time of 5:15 pm. The times in each box are rounded to the nearest 15 minutes so that your brain interprets them more easily. Don’t want to tire out those brains in the middle of important Disney planning.

Did you use Genie+ during this summer at WDW? Have your opinions changed about whether you’d use it on a future trip? What are your successes or frustrations? Let me know in the comments!

54 thoughts on “How has Genie+ Availability Changed?”