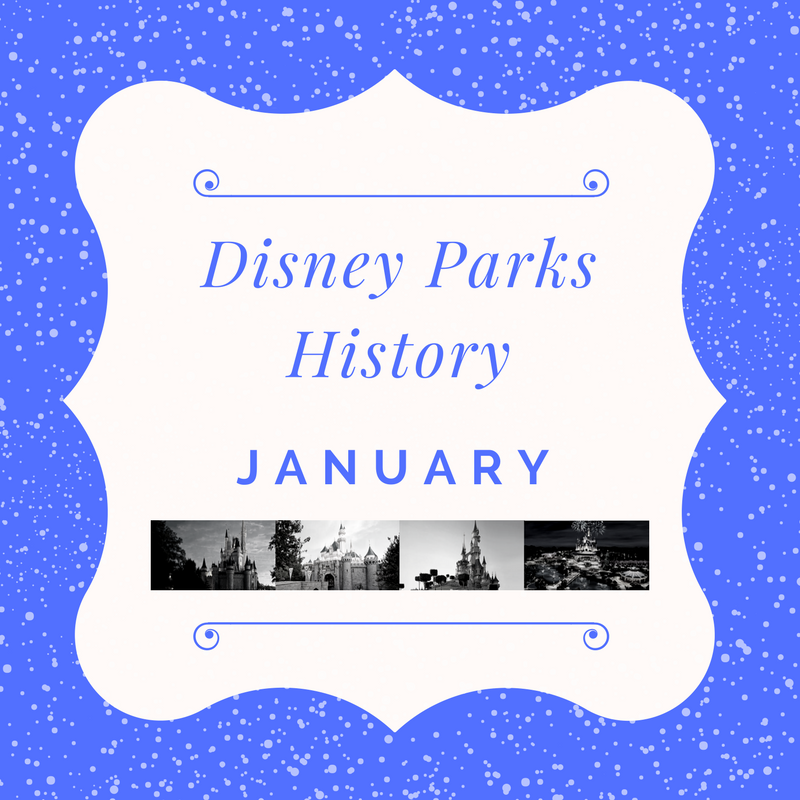 Can you believe we’re only two weeks in to 2018? I don’t know about you, but I feel like the holidays were ages ago already. I guess that’s what happens when you go back to a regular work or school schedule after enjoying some time off. The good news is, here at TouringPlans, we know the cure for those post-holiday blues. Disney, Disney, Disney! So we’re back with another edition of Disney Parks History. Let’s take a look at all the January happenings over the years.

1959: The Dapper Dans, a barbershop quartet act, premiered at Disneyland almost six decades ago.  They can still be found entertaining guests with their humor and harmonization along Main Street U.S.A. in both Disneyland and Magic Kingdom.

1975: A Magic Kingdom icon, Space Mountain launched its first guests into space more than 40 years ago.

1975: Walt Disney’s Carousel of Progress, a product of the 1964 World’s Fair in New York, opened in Walt Disney World. It is one of the few Magic Kingdom attractions that Walt Disney was instrumental in creating. 1988: IllumiNations premiered 30 years ago as Epcot’s nighttime spectacular. Though it has undergone a few changes in the years since replacing the previous show, Laserphonic Fantasy, it continues to tell the story of Earth with the help of fireworks, lasers, and water effects. 1993: Mickey’s Toontown opened at Disneyland, giving guests the rare opportunity to visit Disney characters and their cartoon homes. Unlike the Magic Kingdom version, which was removed to make way for the Fantasyland expansion, guests can still visit the Disneyland town.

1994: The first Walt Disney World Marathon took place with fewer than 6,000 participants. This year’s race included more than 25,000 participants and 4 days of race-related events. For those interested in the history of the marathon, you can check that out here.

1995: The Circle of Life, an environmentally friendly educational film featuring the characters from The Lion King, opened in Epcot. As is the way of the theme park circle of life, Disney recently announced this attraction is closing for good on February 3.

1999: All Star Movies Resort welcomed its first guests. Like many Walt Disney World projects, it opened in phases. Consequently, only the Mighty Ducks and 101 Dalmatians sections were finished initially.

2006: California Adventure’s Monsters, Inc. Mike & Sulley to the Rescue! opened based on the characters and story from the Disney/Pixar film Monsters, Inc.

2008: Disney-MGM Studios was officially renamed to Disney’s Hollywood Studios. And even though ten years have passed and rumors of another name change swirl , you’ll still hear people calling it MGM.

2013: Disney officially announced MyMagic+ (including MagicBands), sparking a bit of a controversy between Disney C.E.O. Bob Iger and U.S. Representative Edward Markey, who insinuated that the collection of personal data would put generations of children at risk. 2014: Following successful testing at Animal Kingdom, the use of paper FastPasses was discontinued at Magic Kingdom, Hollywood Studios, and Epcot – the end of an era.

2014: The groundbreaking ceremony for Pandora: World of AVATAR was held in January 2014. If you want to read an interesting tidbit about the groundbreaking and opening, check out number 1 on Derek’s list of 2017 Theme Park Turkeys of the Year.

2017: Epcot International Festival of the Arts premiered in 2017, taking place on select weekends in January and February. It’s back again this year and includes weekdays this time. You can check out live artists, themed treats, classes, and so much more.

That’s it for this month. See you in February for the next one!