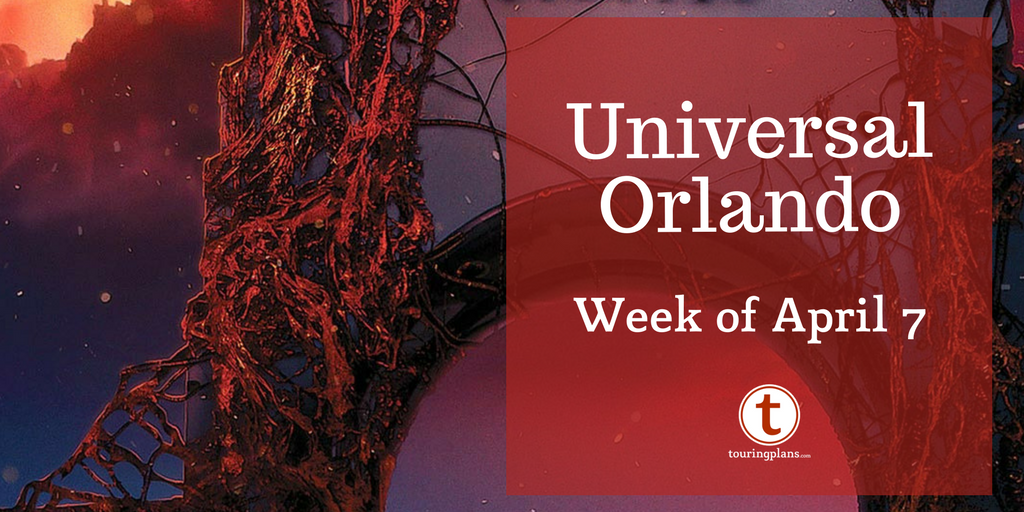 Universal confirms Stranger Things is coming to Halloween Horror Nights and they revealed their new value resort, Universal’s Endless Summer Resort. Also, wave goodbye to Mardi Gras as April 7 is the final night of the festivities before the beads are packed away until 2019. Feet don’t fail me now! Inclement weather is affecting the Great Lakes and Northeastern United States, as such flight delays and cancellations could occur. Check with your airline or travel provider for up-to-date information. Single-day park tickets are at Anytime Season pricing April 7 and April 8. Single-day base tickets to Universal Studios Florida or Islands of Adventure are $124 per adult and $119 per child (plus tax).

Single-day park tickets are at Value Season pricing April 8 through April 13. Single-day base tickets to Universal Studios Florida or Islands of Adventure are $115 per adult and $110 per child (plus tax).

Endless Summer is aggressively priced at an introductory $73 per night for a one bedroom and $111 per night for a suite, for a one week stay during select dates. Despite the low rates the rooms will look fresh, modern, and well appointed. The resort will be run by Loews, just like the other Universal Orlando resorts, and will feature the same exclusive benefits like early park admission and free transportation to the parks.

Universal’s Mardi Gras returns nightly February 3 through April 7. Catch a nightly Mardi Gras parade with Greek mythology-themed floats and a New Orleans carnival with food carts and a brass band. Admission to Mardi Gras is included with standard admission to the parks.