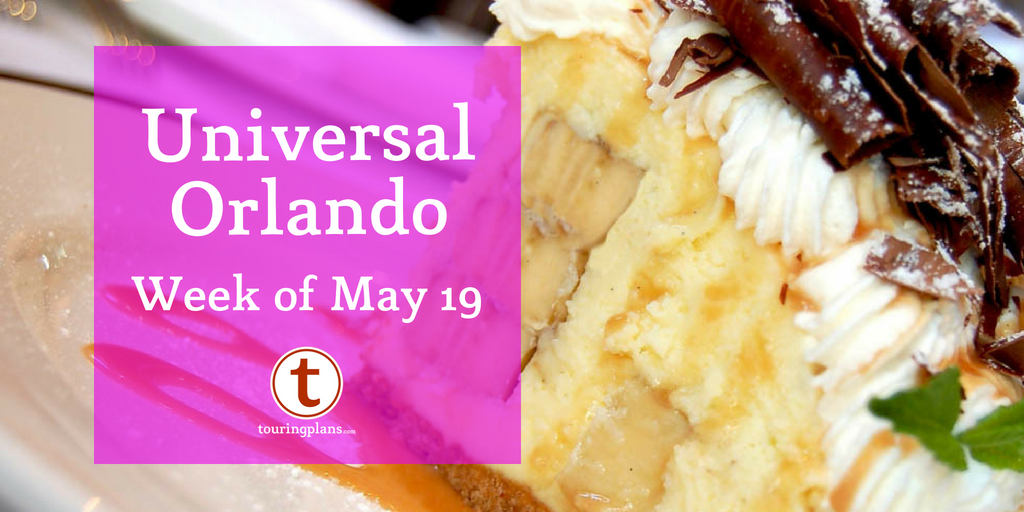 Grab a fork and dive into the Banana Cream Pie as Emeril’s Restaurant Orlando is closing June 3. The weather might be warm but I already feel the crisp fall air as Trick ‘r Treat is unveiled as the third house coming to Halloween Horror Nights. Read on for details. Single-day, one-park tickets are at Anytime pricing May 21-24. Base tickets to Universal Studios Florida or Islands of Adventure are $115 per adult and $110 per child (plus tax).

Single-day, one-park tickets are at Value pricing May 19, 20, and 25. Base tickets to Universal Studios Florida or Islands of Adventure are $124 per adult and $119 per child (plus tax).

Trick ‘r Treat, the cult classic horror anthology, is coming back to Halloween Horror Nights 28. Relive the moments, stories, and lessons from the movie as you walk through the haunted house. If last year’s scare zone is indication, then we are in for a huge treat this year.

But whatever you do, never blow out the jack-o-lantern.

Tickets and packages are now available for Halloween Horror Nights 28, including a special limited time buy one night get another free promotion.

Emeril’s Restaurant Orlando in CityWalk will be serving its last banana cream pie June 3 as the restaurant is closing forever. Emeril’s is walking away from CityWalk, following in the footsteps of the loved Tchoup Chop at Royal Pacific Resort. A replacement concept and opening time frame is currently unknown.