Hello.  Sam from SamLand’s Disney Adventures.  For the next few weeks I will be looking at the design behind the arrival experience at the various parks.  Not long ago, I was privileged to be a guest on the world famous WDW Today Podcast. I get my WDW news fix three times a week from Matt, Mike, Mike, and Len. The show topic was the design behind the arrival experience at each of the 4 parks. Making a great first impression is one of the hallmarks of the Disney parks. So let’s try and get into the head of the Imagineers and figure out why each entrance is unique but distinctly Disney.
It is a well-known fact that Walt Disney didn’t like sequels. After the huge success of Three Little Pigs, theaters were clamoring for a sequel but Walt hesitated. He even said, “You can’t top pigs, with pigs.” But he also knew he had a growing studio to support and this could be a great way to raise the money needed for Snow White. So did the sequels.

Thirty years later Walt found himself in the same place. He used the 1964-1965 New York World’s Fair as a test to see if Disneyland style entertainment would work on the East Coast. The results were a box office smash. Now that Walt knew that the “sophisticated” people of the East Coast would accept his brand of entertainment. With this knowledge, he knew he had the sequel would be the money making machine that would fund what he really wanted to build – EPCOT – the city of the future.

Sadly, Walt passed away before any of his most ambitious dreams could be realize. Roy Disney, near retirement, decided to stay and to make sense of Walt’s ideas and to create something he would be proud of. He wanted the world to whose dream it was and renamed the project Walt Disney World.

In the first phase, they built the Magic Kingdom, three resorts, a multi-mode transportation network, and all of the infrastructure to turn wetlands into a small city. They applied many lessons learned in the operation of Disneyland to facilitate guest comfort and high capacity. The hotels and the monorail plus the other resort infrastructure would be just the way Walt would have wanted. Now came the real challenge. How to build EPCOT. What to do next?

The Magic Kingdom was an updated Disneyland. I will be writing about that experience on November 9. This new park had to be just that, new. It had to be different than the Magic Kingdom. That is a lot of pressure.

So the popular story is that Imagineers John Hench and Marty Sklar pushed two models of two separate projects together – Future World plus a permanent Worlds Fair called the World Showcase. They turned the two projects into one massive 260-acre park. More than twice as large as the Magic Kingdom and three times as large as Disneyland.

The gateway would perform the same function as that for the entrance at the Magic Kingdom. The portal becomes a time machine. To illustrate my point, you might recall that at the Magic Kingdom you pass below the railroad tracks and enter an idealistic American town around 1900. The tunnel is like a time machine. At Epcot, no matter how you arrived, whether it be by auto, bus, or monorail; you always entered into the future.

Everybody passes under the unifying theme element – Spaceship Earth and they share that experience as a community. People are entering a park that celebrates our interdependence between our minds, body and Earth. The front half of the figure eight shaped park would teach us about the past and anticipate the future. The back half would celebrate the cultures of the world.

The Monorail is also part of the show. As guests arrive to via the Monorail, they would get an eye in the sky preview of the park. It creates the perfect first impression of this future world. The Monorail was novelty at Disneyland but it would become truly the transportation system of the future and critical to the success of the resort. In the Imagineering Guide to Epcot the authors state that, “It’s no accident that the monorail passes right through the heart of this park. This connection not only transfers riders from the Transportation and ticket center, but also gives them an overview of the Park on their way in. And it provides additional show value and kinetics for those already there”.

At the Magic Kingdom you never get a full look at Cinderella Castle until you are well into the park. Epcot would be different. Spaceship Earth would be right at the front of the park. Like the Castle park, the geosphere would act as a beacon, become the center of attention, and a point of orientation. The familiar shape, the oscillating pattern from the texture of the tiles, and the way the structure captures the light and changes throughout the day set the tone for your adventure that lies ahead.

There is so much more and we will continue this journey tomorrow. 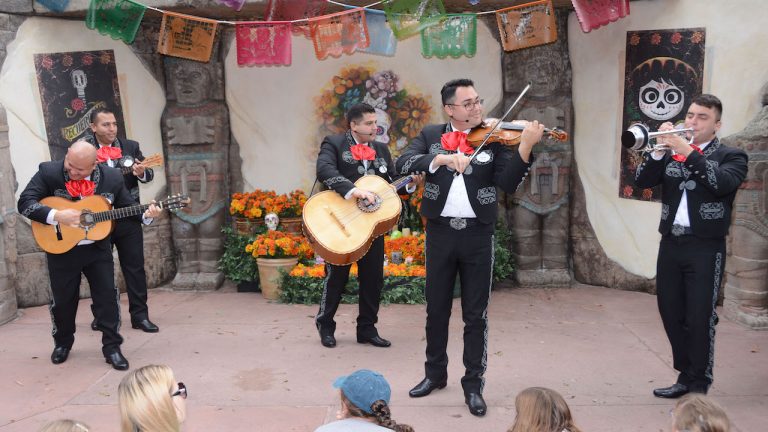 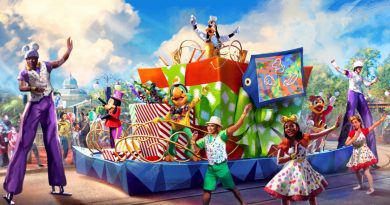 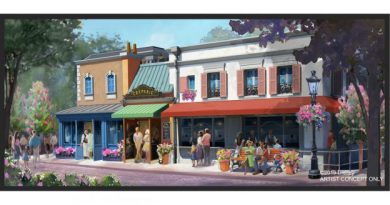