If you’re a UK resident, there are 14-day Disney World ticket options available to you. You lovely Brits can move along now, nothing to see here. But if you’re a North American visiting Disney for two weeks, you’ll quickly see that there’s no immediately apparent ticket option that makes sense for you. There are 10-day Magic Your Way tickets, but nothing longer than that. What to do?

First lets look at some basic numbers. A ten-day basic, one park per day, adult ticket currently costs $318. But let’s face it, if you’re going to Walt Disney World for an extended period of time, you’ll want a Park Hopper ticket, which runs $375. Given that as a starting point, if you’re staying for 14 days, your ticket options are:

Compare this to the current price of a standard Walt Disney World adult annual pass: $611. Clearly, for a 14-day visit, if you’re going into the theme parks every day, then an annual pass makes sense. You’ll save at least $20 getting the pass versus getting 14 days of park tickets in Magic Your Way form.

Consider another scenario: You’re making two separate trips to Walt Disney World in one calendar year. A seven-day visit and a three-day visit. A seven-day Park Hopper costs $345; a three-day non-Hopper costs $242; for a total of $587. Not far off from the $611 annual pass price. And if you tweak your ticket needs just a little by making that three-day ticket a $299 Hopper, then you’re at $644. Again, this is over the price of the annual pass. So, if Hopping is important to you, and you’re taking two trips totaling ten days within one calendar year, then an annual pass likely makes sense for you.

Considering this situation, some guests who have a “visit Disney once per year” mindset, plan to take their year one trip on, say, the first week of April, and then their year two trip on the last week of March. Doing this, you’re effectively taking your two trips a year apart, but getting both covered by the same annual pass. This can potentially save over $300 per person on ticket costs.

Let’s see if the annual pass might make sense for guests staying for an even shorter amount of time.

Consider a guest making a seven-night, eight-day visit in late February 2013. The guest wants to stay at a moderate level resort. A week at Port Orleans Riverside will cost $1,402 during that time period. However, Disney is running a hotel pricing special for annual pass holders during this time period. Annual pass holders booking a late February stay at Port Orleans prior to the end of 2012 are eligible for a 35% discount off the room rate, making their room cost $911, a savings of $491. This guest might normally have purchased a $289 eight-day basic Magic Your Way ticket. However, by spending an additional $322 to get the annual pass, the guest reaps the $491 in hotel room savings, a net gain of $169. Only one member of a party needs to have an annual pass to get the room rate benefit.

Other typical annual pass benefits include:

Again, as long as the passholder is the one paying, generally an entire family can be included in the discount.

So if during a week long vacation, a family of four does the following:

If these folks have also booked their Port Orleans stay with the annual pass discount, they’ve now saved over $250 by having one person in the group buy an annual pass for a simple one week stay. That’s enough to cover their souvenir budget.

Of course there are many other factors to consider, including Florida resident and Disney Vacation Club member passholder discounts which can make annual pass purchases a near no brainer, room rate discounts available to the general public which make the pass discounts superfluous, and required travel dates which don’t overlap with available discount dates.

The moral of the story is that you have to do the math based on your family’s unique circumstances including length of stay, total number of trips per year, preferred resort, travel dates, merchandise and recreation spending, and dining habits including possible purchase of the Tables in Wonderland card.

Passholder benefits are listed on the Walt Disney World website. In general, if you’re staying at Walt Disney World for a week or more during a calendar year, it pays to do some investigating about whether getting at least one annual pass for your family makes financial sense.

So Disney travelers, what have been your annual pass experiences? Have you found the discounts to be worth it? Have you even purchased an annual pass even if you were only making a short Disney visit? Let us know in the comments below. 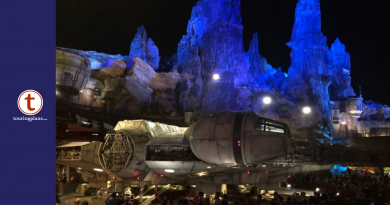 31 thoughts on “When Does a Walt Disney World Annual Pass Make Sense?”