Recently, Disneyland’s Indiana Jones Adventure was unexpectedly upgraded with digital projection mapping effects that bring the opening scene’s Mara statue to life in a dynamic new way. The “plussing” of the attraction was somewhat controversial online due to the replacement of the original accompanying audio track (which was never voiced by James Earl Jones, contrary to urban legend), but the Internet buzz shouldn’t overshadow how welcome it is that Imagineering is still improving an eighteen year old E-Ticket.

That brings up the importance of the special effect, or “illusion,” in the art of the dark ride. (For the purposes of this post, “dark ride” refers to attractions where guests travel in a vehicle through a series of largely indoor environments that feature scenery and visual effects.) Dark rides predate Disneyland but were perfected by the Mouse; while a few competitors can now go toe-to-toe with Disney’s attractions in the awe-inspiring technology department, the Anaheim resort still houses the world’s greatest collection of ride-through theatrical illusions, featuring some “wow” moments that still draw gasps generations after their invention.

So, in the spirit of celebrating this latest addition to everyone’s favorite adventurer archeologist, he’s an entirely subjective list of the five best “magic tricks” found inside the dark rides of Anaheim and Los Angeles, as covered the new 2014 edition of The Unofficial Guide to Disneyland. Out of necessity, many great rides and effects have been left off this list, so be sure to submit your favorites in the comments below.

Roger Rabbit was an up-and-coming star in Disney’s stable twenty years ago, but never quite lived up to his full popularity potential. His namesake dark ride in Mickey’s Toontown is stuck in a similar situation. Though it boasts a detailed queue, colorful sets, and Tea Party-style spinning vehicles, Roger’s ride has far fewer fervent fans than Mr. Toad’s and Peter Pan’s technologically inferior attractions.

But even Roger’s detractors must admit he has one great trick up his sleeve. The finale “portable hole gag,” which makes it appear like your vehicle travels through a freshly-opened portal in a brick wall, is amazing effective even after multiple viewings. The secret involves a cleverly concealed mirror (as you can see in this night-vision video) but the illusion holds up even after you know the trick.

The Monsters Inc. ride in DCA’s Hollywood Land backlot is another attraction with a checkered history, being a renovation of the notorious Superstar Limo. Beyond being much better than its predecessor, Mike & Sulley to the Rescue introduced digital projection mapping (as now seen in Indiana Jones) to Anaheim’s dark rides.

The high-tech lighting technique has since been applied to the throne room and rainstorm scenes in Snow White’s Scary Adventures, and was the focus of the now-defunct The Magic, The Memories, and You! show. But Monster’s Inc.’s implementation — transforming Randal’s camouflage skin from one colorful patter to another as Boo beats him about the head — is still a show-stopper.

The quintessential Disney dark ride, Haunted Mansion is stocked with spectacular effects, both low-tech (the sculpted busts that seem to follow you) and high (Madame Leota’s hovering head). And at the heart of the haunt is an iconic ballroom built around the world’s finest example of an effect known (fittingly enough) as the “Pepper’s Ghost.”

Variations on this centuries-old illusion can be found inside many attractions, including Pinocchio’s Daring Journey (the vanishing Blue Fairy), Radiator Springs Racers (Luigi’s white-wall tires), and the Twilight Zone Tower of Terror (the haunted hallway). One of the most astonishing applications of the technique, which involves reflecting light off an angled mirror, can be found in the Mystery Lodge at Knott’s Berry Farm. But the Haunted Mansion’s magnificent ballroom still beats them all — and there isn’t a hologram in sight.

Though Knott’s, Magic Mountain, Legoland, and Sea World each boast some fine attractions, the only area park to really rival Disney in the high-tech dark ride department is Universal Studios Hollywood. Until the west coast cousin of IoA’s Wizarding World of Harry Potter appears in a couple years, USH’s headliner dark ride is Transformers The Ride 3-D, a hybrid 3-D simulator system inspired by Orlando’s Amazing Adventures of Spider-Man ride.

Transformers’ mind-melting melding of digital media and practical sets is exciting enough, but the ride’s most amazing magic trick goes unnoticed by most riders. Early in the ride, vehicles enter one of a pair of enormous “media silo” elevators; guests are lifted to the building’s second floor, distracted by the transition by synchronized 60′ tall projections. At the finale, a similar set of lifts adds extra oomph to the simulated freefall while simultaneously returning riders to the ground floor. Unless you take your glasses off and look behind you after Optimus Prime’s introduction, you’ll likely never realize what is occurring.

Ending up back where we began, I give you the crowning jewel of dark ride effects: Indiana Jones’ giant bowling ball. Truth be told, aside from the aforementioned upgraded Mara projections, many of the special effects inside the Temple of the Forbidden Eye aren’t exactly all that special. From the the barely visible rat projections to the flat figures in the dart corridor, many of the rIde’s stunts aren’t that much more advanced than those in its Coney Island predecessors. Nonetheless, the adventure’s final effect remains a marvel of scenic engineering. The monstrous boulder approaching you is spinning on a concealed dowel, and only advances a few feet. But it is the receding cavern wall surrounding you, which contract towards the boulder like a telescope, that really sells the illusion that your troop transport is traveling backwards to evade the rock, when in fact your ride vehicle is standing still.

For firm evidence of what a big difference an effective illusion makes, compare Indiana Jones’ ending with the far less fulfilling finale of Dinosaur at Animal Kingdom, which uses an identical track but different effects. 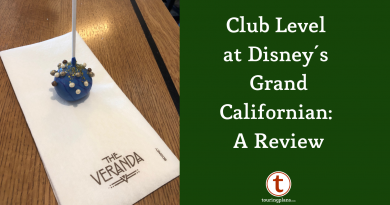 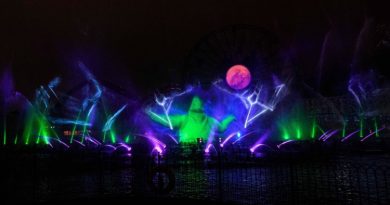 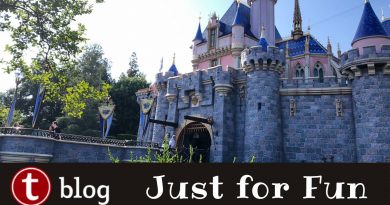 Our Dream Plans for First Moments in a Reopened Disneyland