For those who are AT&T customers and are visiting either Walt Disney World Resort or Disneyland Resort in the near future, you’ll be seeing better cell phone coverage, more reliability, and faster data.

You see, AT&T recently signed a deal with Disney to become the official Wireless Sponsor for both Walt Disney World and Disneyland Resorts, and we are now seeing some of the components of this partnership coming to life.

To create a better experience for guests, AT&T has deployed more than 350 small cells, which are used instead of the big towers, as the small cells can be placed in more locations, can be obscure, and are more compact. Currently, the coverage has been better for offices, administrative areas, and the utilidor tunnels that are used by cast members. AT&T has also applied specialty network solutions to all the Disney theme parks, as well as the Disney Vacation Club resorts found in the United States.

The work is not done yet, as more cells are set to be installed at Walt Disney World in the near future.

An additional feature of the AT&T partnership is that AT&T is the official sponsor of the My Disney Experience app.

For more information, and to see a short video, make sure to visit AT&T’s website. 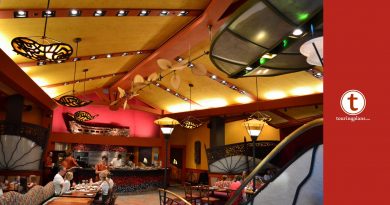 What to Expect When Dining at Walt Disney World Following Coronavirus