This year marks a momentous occasion. We will celebrate the 50th anniversary of the happiest cruise that ever sailed – “it’s a small world.” The attraction originally opened in 1964 at the New York World’s Fair and was a tribute to peace.

To celebrate the attraction’s debut all those years ago, a global event will see guests and Cast Members at Disney Parks around the world unite and sing the famous song.

On Thursday, April 10, hundreds of voices from Disneyland Resort in California, Walt Disney World Resort in Florida, Tokyo Disney Resort in Japan, Disneyland Paris in France and Hong Kong Disneyland Resort will sing the unforgettable theme song. Throughout the day, Disney Parks also will sponsor Google Hangouts that invite people from around the world to participate in the anniversary events.

Won’t be there on April 10? That’s ok! You can still participate in the celebration. Fans around the world also are invited to join the global sing-along virtually by visiting SmallWorld50.com. Here guests may record videos of themselves singing the classic song and create virtual “it’s a small world” dolls to benefit UNICEF (United Nations Children’s Fund and the original sponsor of the attraction at the World’s Fair.) The Walt Disney Company will donate $150,000 to UNICEF, plus $1 for every sing-along video recorded on the website and another $1 for every virtual doll created on the site, up to $100,000.

Here’s my doll! As you can see from the donations bar, Disney has a long way to go in amassing donations…so go build a doll too! (Or, sing…if that’s what you prefer.)

For those who don’t know, here’s a little history about the attraction. In 1963, Walt Disney was asked to create an exhibit for the 1964 World’s Fair to salute UNICEF and children around the world. One of Disney’s animators, Marc Davis designed the boat ride attraction through the regions and countries of the world. The first version of “it’s a small world” entertained and thrilled more than 10 million visitors in New York from 1964-65. After the fair, and some major enhancements, the attraction found a permanent home at Disneyland in California in 1966.

A team of WED artistic geniuses, including designer Mary Blair and costumer Alice Davis (both Disney Legends) , created its now iconic style. The “it’s a small world” dolls were designed by Mary Blair, and there is even a specific doll that is a nod to Mary at the Disneyland version. Blair appears as a little blonde with glasses, flying from a balloon over the Eiffel Tower in the Paris scene.

The attraction’s song was penned by the legendary Sherman Brothers. (If you don’t know who they are, find the documentary The Boys: The Sherman Brothers’ Story. It will enlighten you.) The song was written at the request of Walt Disney, who asked them to pen a simple, yet catchy piece that could be sung in many different languages while guests traveled by boat through the attraction.

The attraction is a fan favorite (it’s one of mine) and I don’t even mind when the song gets stuck in my head. 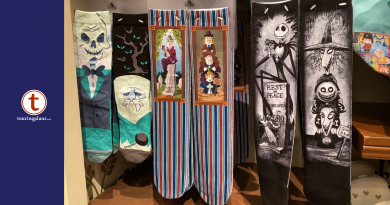 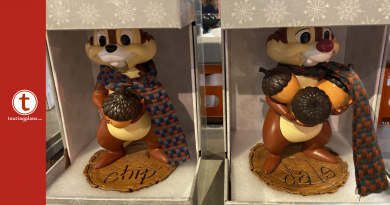 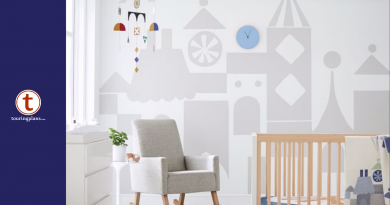