A few weeks ago, Disney Cruise Line announced its itinerary offerings for most of 2015 and they’ve already started to tinker with their schedule.

Thanks to heads up from Scott Sanders of the Disney Cruise Line Blog and a note from a travel agent friend, we’re confirming that the 11-night Norway/Iceland Magic sailing departing from Copenhagen will now include a day-10 stop at Kirkwall, Scotland rather than at the previously announced Torshavn, Faroe Islands. The exact language provided to travel agents states:

In order to provide [your clients] with a premier family experience, we have modified our 11-night Copenhagen to England repositioning cruise to include a call on Kirkwall, Scotland, instead of the call on Torshavn, Faroe Islands. We’re excited to provide our Guests with this revised sailing itinerary that offers the opportunity to visit both of the countries that inspired the recent blockbuster hit, Frozen from Disney Animation Studios and Brave from Pixar Animation Studios. Your assistance in passing this information along to your client is appreciated. Kirkwall, located off the Northern coast of Scotland in the Orkney Islands, offers many fascinating historic attractions, adventure tours, and bountiful wildlife.

As a guest who is booked on this voyage, I have to say that I’m happy about the change. I don’t have anything particularly negative to say about the Faroe Islands, but in doing some preliminary research it did seem to have quite a bit of activity/atmosphere redundancy with many of the other ports on this trip. Scotland should provide more variety and, as the note mentioned, it has the added cachet for kids of being the site of another recent Disney film. (I mean, I seriously LOVE Frozen, but at this point haggis would be a welcome palate cleanser for all that icy reindeer.)

For those trying to decide whether this is the trip for you, here are some of the attractions near Kirkwall:

Port excursions have not yet been announced, but if I know anything about Disney, you can be sure that some sort of archery lesson will be in the offerings.

Does this itinerary swap change your interest in this cruise? Would you like to visit Scotland as part of a DCL voyage? Let us know in the comments below.

Thanksgiving on the Disney Wonder and Castaway Cay 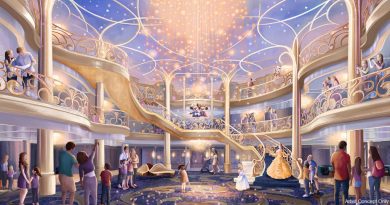 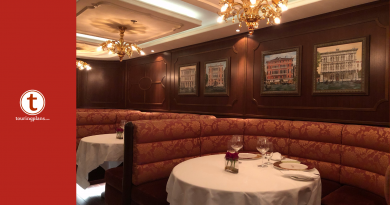