Back in April, we announced a full day of Disney park coverage around the globe. I was lucky enough to get assigned to Disneyland Paris, aka “that place you go for a day when you need a break from Paris.” The park formerly known as Euro Disney gets a bad rap for its re-themed off-the-shelf carnival rides and boring cuisine (in a country known for inventing fine dining). But it also receives a ton of praise for having more exciting versions of other Disney Park roller coasters, like Space Mountain. I’ve also heard great things about the new Ratatouille ride. It seems like it has really been improving since Disney took a renewed interest in how this non-Disney owned park was being run back in 2012, and since our own Unofficial Guide to Paris was last published in 2010, it will be interesting to see exactly what’s improved in the last 4 years.

First and foremost, you need a passport. I have one, but it expires in November, and several people told me that even though my passport would technically be valid, some places won’t allow you to travel with a passport expiring within a few months. So if you are like me and took your first international trip 9 years and 9 months ago, renew your passport as soon as possible. It usually takes 4-8 weeks to arrive.

The biggest part for us was deciding what to do in Europe. No one goes to Europe just to go to Disneyland Paris (DLP), because it seems like an awful waste to go all the way there and just spend a few days in a Disney park. The choices for us were narrowed down to southern Europe (Italy and Spain) or northern Europe (London and Dublin). We decided to go with northern Europe: my wife loves British TV and has wanted to go to Ireland her whole life, and I am a huge beer nerd, so Belgium is the promised land. There’s also a super convenient high speed rail that goes from Disneyland Paris to Brussels, which sealed the deal. So we decided to investigate how to best do a European vacation in Paris, Brussels, Amsterdam, London, and Dublin. Step one was convincing the boss that I needed three weeks to do this assignment properly. He was amazingly receptive, so it was on to step two.

Many people told me to check out bing.com’s Fare Tracker. Unfortunately, if you’re not departing from a major city, it doesn’t seem to do a great job. New Orleans may be a major travel destination, but it isn’t big enough as a departure location for Bing. I like using Hipmunk.com‘s flight and hotel searching. Flight searching is cool, because it shows you all available flights with relevant visual cues to quickly compare total flight time, layover time, etc. For New Orleans to Paris, over the course of watching prices for a few months, flight prices ranged from $1,100-$1,300 per person, and 11 hours to 16 hours total travel time. So once we found a flight plan that was 11 hours, and $1,150, we decided to book it.

This was where things got weird. Looking at prices on Disneyland Paris’s English site, booking a 4-night trip in DLP was actually $200 cheaper than a 2-night stay. I suppose this is to convince people to stay longer (given the resort’s reputation as a 2-day park, at most), and it worked. A 4-night stay in the 4-star Hotel New York New York was barely more expensive than a 2-night stay in any 3-star hotel. Our travel agent verified that 4 nights was indeed cheaper. We also decided to go with the Half-Board Meal Plan Plus, which gives us one table service meal and one tea time treat (Ed. – the “Tea Time Treat” verbiage is the best!). Looking at menu prices, the meal plan here still seems like a decent enough value.

We used a combination of Hipmunk, Rick Steve’s guides to Paris, and Amsterdam, and Belgium, and Hotels.com to book hotels in each place. Some personal circumstances led to us not booking hotels until super late (like, 2 weeks ago, for our trip that’s in 10 days). I would not recommend that at all. For Paris, Amsterdam and Dublin, we are staying outside the cities, because those were the only places we could find rooms bigger than 12 sq meters (or 130 sq ft) and less than $200/night. In all places, there are subway/tram stops right outside the hotel, though, and as someone who has made extensive use of the NYC subway system, I am very comfortable sacrificing location in exchange for saving money and using public transit. Our Brussels “hotel” is actually a two room guest house in a converted convent a block from the Manneken Pis (which is exactly what it sounds like), and three blocks from the best beer bar in the best beer country. And luckily in London, we have some friends we can stay with. But if there is a lesson here, it’s book early. Which should be a no-brainer to anyone, really.

Things to Remember When Going to Europe

You’ll need Euros. We bank with CapitalOne, and they said it would take 2-3 days to get some Euros, but if we ordered over $250 worth, there was no extra fee (Rick Steve advises against this, because usually you won’t get a good exchange rate; I’ll find out Monday and report back). If we use our debit cards for transactions, there’s no extra fee. But if we use our debit card at an ATM, it’s a 3% fee, with a $2 international ATM fee, plus whatever local bank ATM fees get charged (which could still come out to a better exchange rate than other methods of exchanging currency) . We were told our MasterCard debit cards might not be as widely accepted in Europe as they are here, so always have some cash on hand. Oh, and always call your bank to alert them of when and where you are traveling to avoid having your card turned off.

Also, electrical outlets have different voltages and plugs. Many modern day electrical devices like MacBooks have a voltage regulator built in to the charger, in which case you just need a plug adapter (for our trip, we needed to buy a multiple adapter kit since the UK and the rest of Europe use different outlets from each other). If you have things like camera battery chargers, or other items you’re not sure about having a voltage regulator, this converter will handle most small electrical devices, like laptops, phones, etc., and has the added feature of coming with all plug adapters and 4 built in USB chargers (great for my wife and me, who each have smart phones and Kindles). The one issue is high-wattage devices, like hair dryers. The voltage converter I linked to doesnt handle hair dryers. And one of the hotels we booked doesn’t provide hair dryers. And trying to find high-wattage voltage converters on Amazon was becoming tedious, so instead we just decided to buy a dual-voltage travel hair dryer. We can flip the switch from 110V to 220V, plug it in to the aforementioned plug adapters, and bypass the voltage converter altogether.

Etiquette…foreign countries have different etiquette than we do. Sadly, I am saving this area for a last minute cram session on the flight over. Though I do know Parisians are generally polite as long as you say “Bonjour” with a smile before asking if they speak English; otherwise, you’re viewed as rude.

If you ever wanted to meet one of the web developers and request all sorts of new features for the web site or Lines app, now is your chance! On October 12, at 3:00 pm at the Market House Deli on Main Street, we will be buying nutella-filled brioche (or any snack item really) for all who want to show up and chat! Why brioche? Well, I’m from New Orleans, the Paris of America, where our unofficial motto is Laissez Le Bon Temps Rouler, or “Let the good times roll.” And a brioche is sort of like a roll…. so at this meet up, we will be serving what I call “Good Times Rolls”. Is this a terrible terrible pun? Yes. If you can come up with something better, feel free to tell me in person, while snacking on some free treats! 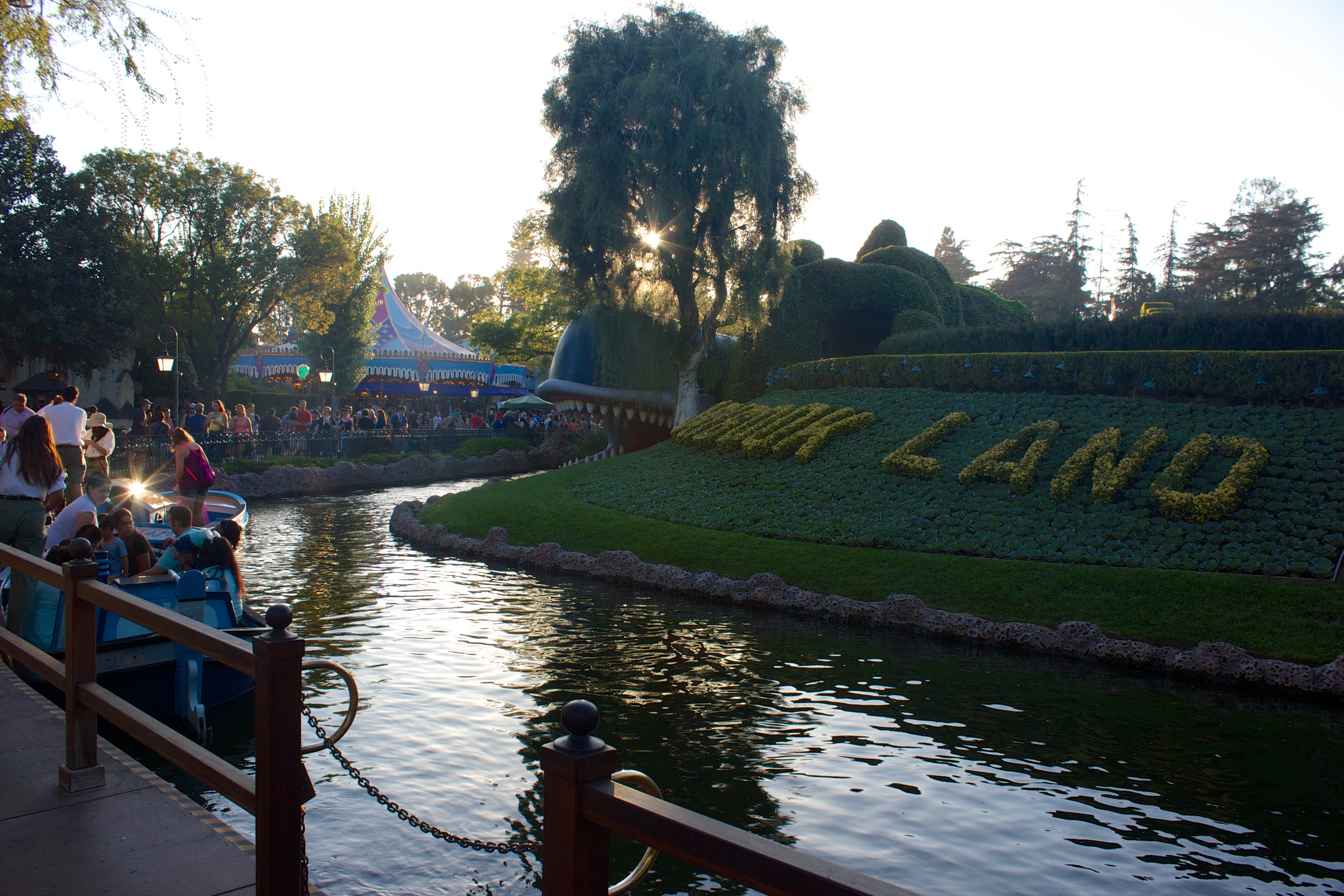