Based on the 1989 film and its 1991 sequel, this comedic parody show is always a highlight of HHN. The boys return for the 2015 iteration of one of the best theme park shows on the planet; expect choreographed musical numbers as well as jokes about Donald Trump, Kim & Kanye, and all things Disney.

Jack’s third presence at the event will come in the form of an all new stage show. HHN 17 featured a show called Jack’s Carnival of Carnage and it’s taken eight more events for that show to receive its well deserved sequel. Jack and his girl Chance put on a carnival show that’s not for the faint of heart. Expect cheesy and inappropriate jokes in between Jack’s sadistic forms of torture.

Horror Nights runs off of a tiered ticketing system for those with daytime tickets — where event tickets prices increase based on the day of the week and the date (becoming more expensive near the end the season). General admission tickets (not add-ons to park tickets) are the same price every night.

Annual Pass Holders and Florida Residents receive discounts on both types of tickets.

Universal’s Express Pass is an absolute must when touring Horror Nights on peak nights. That being said, the expense of Friday and Saturday night admission plus paying for an Express Pass prices HHN out of a lot of people’s budgets. Another downside to the Express Pass is that even the Express lines can become quite crowded — last year sometimes reachin lengths of 45 minutes. Of course this only happened when the regular lines were approaching three hours, but when paying up to $110 to skip the lines, you expect a non-existent wait. It’s a catch-22 — if you visit Horror Nights on a slow night the lines aren’t long enough to make Express worth it, but if you go on a night when you need Express, the price and extended waits might make it not worth the money.

Note: The Unlimited Express Pass granted to hotel guests does not work for Halloween Horror Nights.

A staple of recent Horror Nights events, the Dead Walker (a mixture of vodka, fruit juice, and Full Throttle energy drink) is perfect for those who like a sweeter drink. Served in a blinky cup and priced at $10, the drink is a little pricey, but the $7 refills give it a little more value.

Sold by Naughty Nurses and served in blood bags, these peach-flavored jello shots are always a huge hit. You’ll find them for sale everywhere at the event, even in line for the houses!

A growing theme park treat, the Twisted Tater has been taking parks across the country by storm. What sets Universal’s offering apart is the bevy of flavor seasonings they offer. Past favorites have included Sea Salt and Garlic flavor.

The first two weekends of this years event, Horror Nights will be hosting an exclusive pre-event dinner. Guests will be treated to an all-you-can-eat buffet, scareactor photo-ops, and a digital download of one photo taken during the dining experience. The event is $49.99, and can be reserved through the Universal Orlando Resort Guest Contact Center at 407-224-7840.

Horror Nights offers vacation packages for each of its onsite hotels. Packages include three night accommodations, two days of park to park admission, and one night of Horror Nights admission. Packages start at $129.99 per person, per night for a Universal Partner Hotel, all the way up to $255.99 for Lowe’s Portofino Bay, and The Hard Rock Hotel. More info and booking information, here.

For those guests in the park during the day, Universal provides several areas where they can spend the time between the closing of the park, and the opening of Horror Nights. This years locations are Diagon Alley, Springfield USA, inside and around Finnegan’s Bar and Grill, and near the former Lucy: A Tribute building. Make sure to take advantage of this feature if possible, as it allows you to skip the often lengthy security lines outside the front gates.

Want to experience Horror Nights in style? The RIP Tours are HHN’s take on a guided tour that allows guests the chance to skip the lines at each house once, reserved seating for Bill & Ted’s Excellent Halloween Adventure, and one time Express access at select rides and attractions after the tour ends. The tour also includes access to an exclusive VIP lounge with cash bar, and valet parking. Valid Horror Nights admission is required, and the tour starts at $139.99 per person, with a private tour option starting at 1,399.99 per group, up to 10 people.

Want a more in-depth look at the amazing detail the creators of HHN put into the houses? Or maybe you or someone in your group isn’t too sure about taking on the houses in the dark. The Unmasking the Horror Tours give guests the opportunity to tour the houses with the lights on, and really take in everything these houses have to offer. There are two separate tours that will each take a look at three different houses. The first tour departs at 10:30 AM, and the second departs at 2:00 PM. Guests can either book one of the 2 hour tours for $64.99 or both for $109.99. The best part? Photos are encouraged, and because the tours are done with the lights on, every detail can be captured. Check out Derek Burgan’s Touring Plans reviews of the two tours in 2013, here and here.

Every year fans of the event clamor to the various kiosks and stores scattered throughout Universal Studios Florida and CityWalk to check out that years merchandise. Expect a gory T-Shirt with all of the houses listed on the back, along with one or two other shirts for a specific house. Lanyards, vinyls, and the previously mentioned blinky cups are all big sellers. The Walking Dead usually has its own kiosk full of merchandise, from shirts to key chains to glassware and pins — everything a super fan of the show could ever want. Most of it isn’t branded for Horror Nights, and usually can be found cheaper at stores like Hot Topic or even on Amazon.

The rule of thumb with Horror Nights wait times, is that the Intellectual Property (IP) branded houses (those themed after TV shows and movies) almost always draw the biggest crowds. That means you’ll want to hit these houses either as soon as possible, or after midnight. Generally, the more current the IP is, the more popular the house. That’s not always the case though.  Last years “Halloween” house based on the 1979 John Carpenter classic consistently drew longer lines than the house themed after Robert Rodriguez’s “From Dusk Til Dawn” TV show that’s currently on the air. This year, expect The Walking Dead, Insidious, and Freddy vs Jason to command the longest lines. Here’s a step-by-step plan:

Overall, HHN is one of the most exciting events of the theme park year. What sets it apart is the amount of high quality themeing and entertainment the park manages to create each year. Millions of dollars go into the houses, scarezones, and shows (for an event that only lasts 30 nights) while nearly every other seasonal event in Central Florida repeats itself every year with only minor improvements. Even if you don’t like being scared, as a theme park fan you owe it to yourself to check out the event. The level of detail put into the houses is at or above even the best designed Disney attractions.

Huge Thanks to Brandon Glover and Derek Burgan for their photos and help with the article.

Tryg is a new resident Florida after moving from Minnesota at the end of 2013. You'll find him at all of the parks quite often, as he puts his annual passes to all the major Orlando theme parks to good use. Most comfortable with a camera in his hand, he's been a huge theme park fan ever since finding the ValleyfairZone fan forums back in 2006. His love of theme parks grew through many trips to parks all throughout the Midwest, with occasional trips to Orlando. In the past he’s worked as a scareactor and grown an appreciation for the Halloween season. 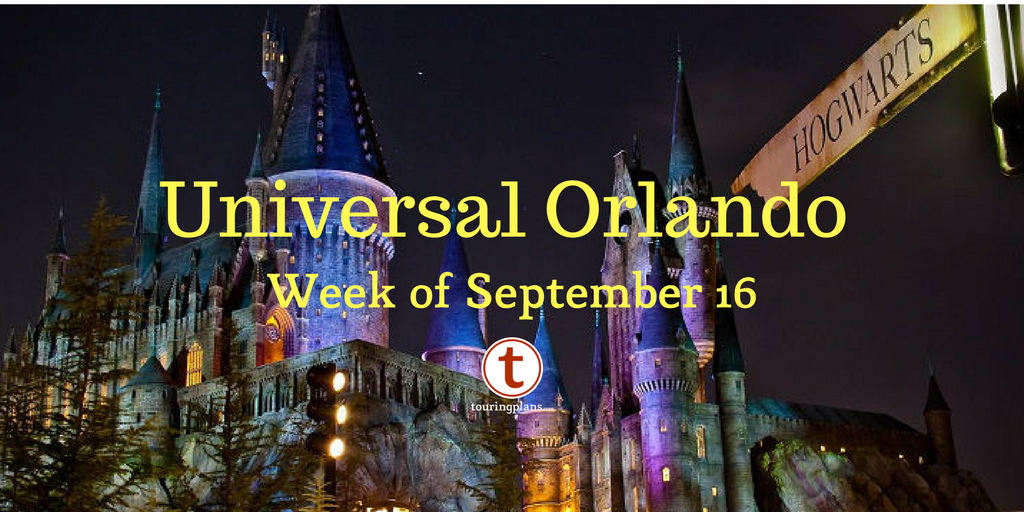 5 thoughts on “Everything You Need to Know About Halloween Horror Nights 25: Part 2”