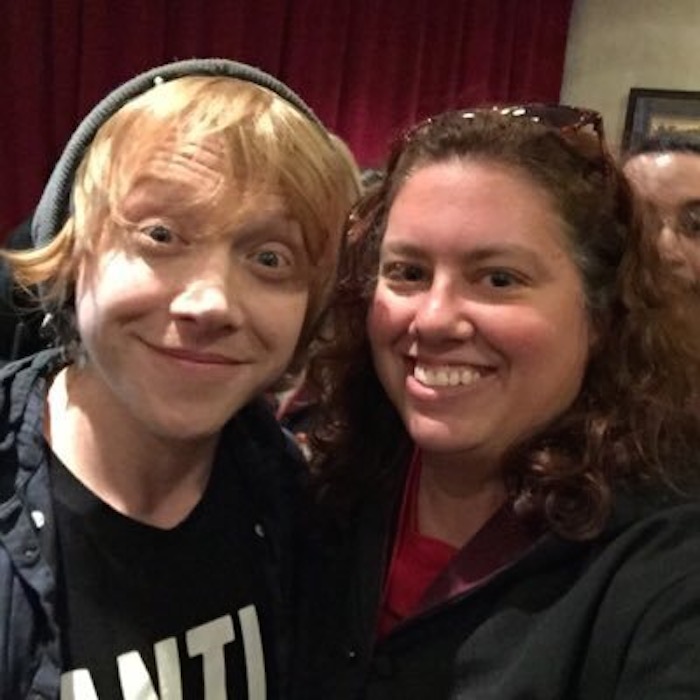 This week’s SATURDAY SIX looks at Six Reasons We Love Universal’s A Celebration of Harry Potter. Universal has several great events during the year, including Mardi Gras and Halloween Horror Nights, but one that doesn’t get as much attention celebrates a character who completely changed the fortunes of the Universal Orlando Resort: Harry Potter, the boy who lived. Jam packed into this annual three day event are Q&As with celebrities, wand dueling classes for kids, and a whole bunch of cool stuff inside the Harry Potter Expo. Today we are going to look at our favorite parts of the event, so sit back, take a shot of firewhisky, and let’s begin our countdown starting with…

With the Harry Potter books, author JK Rowling created a world that feels as real as our own. It is rich with depth and includes many concepts that readers can instantly identify with. The first Harry Potter book – Harry Potter and the Sorcerer’s Stone – finds Harry going to Hogwarts, a magical school for gifted wizards and witches. Each student at Hogwarts is then sorted into one of four houses. Gryffindor, Slytherin, Hufflepuff, and Ravenclaw. The way the students are chosen for the houses is through the Sorting Hat. The first Harry Potter film brought this hat to life in an unforgettable scene, and Universal does its best to recreate that moment at A Celebration of Harry Potter.

Guests are brought up to the Sorting Hat and asked several questions from the robed Team Member (including where they were from, what they did for a living, if there’s a house they feel they might fit well in, etc). The Sorting Hat then announces which house it has sorted them in. It sounds crazy, but it’s fun and it’s popular. In fact the Sorting Hat experience gets some of the longest lines of the entire celebration, and why shouldn’t it? Getting sorted is something many Potter fans dream of, and although filling out a questionnaire on Pottermore is one way to get sorted, getting sorted by the Sorting Hat feels real.

There is generally not a lot of exclusive merchandise at A Celebration of Harry Potter, but what was there is solid. One of the stand out items was a fantastic print by MinaLima which featured the four houses of Hogwarts (as well as the Sorting Hat) in a stained glass inspired design. The main logo for A Celebration of Harry Potter featured Hogwarts, the dragon above Gringotts bank in Diagon Alley, and the Hogwarts Express all done in a style that pulls back to reveal the face of Harry Potter himself. This design could be purchased on t-shirts, magnets, and key chains. Another item that stood out was house themed charm bracelets whose proceeds went to the Lumos Foundation, an organization working to help institutionalized children regain their right to a family life.

Throughout the weekend on the Music Plaza Stage at Universal Studios Florida and the Toon Lagoon amphitheater in Islands of Adventure were panels featuring stars of the Harry Potter films along with creative people who worked behind the scenes. Every year Universal gets a good selection of actors and this year included Matthew Lewis (Neville Longbottom), Bonnie Wright (Ginny Weasley), Katie Leung (Cho Chang) and Evanna Lynch (Luna Lovegood). However the real get was Rupert Grint coming in for the first time. That’s right, one of the Golden Trio – Ron Weasley himself – was in town for A Celebration of Harry Potter.

The cast Q&A’s are always a huge hit of the Celebration and they’ll answer a variety of questions including what is their favorite of the Potter films (Bonnie Wright said Chamber of Secrets), what they would like to see brought to Universal (“…a Quidditch pitch, said Katie Leung), and what they would be if not an actor (“An ice cream man.” Said Rupert Grint, “I’ve already got the truck.”)

Other panels featured people such as MinaLima Designs, the people behind the stunning graphic work throughout all the Potter films (from Harry’s acceptance letter to Hogwarts, the Undesirable No 1 posters, and everything in between). Another had Eddie Newquist and Alan Gilmore, heavy hitters in the Potter film Universe as they helped design and create the stunning prop work. The stage was also home to wand classes taught by Paul Harris, the man who choreographed all the battles seen in the films, as well as dancing from Beauxbatons students.

One of the main features of A Celebration of Harry Potter is the Expo, where guests enter a Universal Soundstage and discover an interactive world featuring many exhibits from the Harry Potter book and film series. This year there were also sections for this fall’s Fantastic Beasts and Where to Find Them motion picture as well as the Harry Potter and the Cursed Child stage play coming to England this summer. Pottermore, the official website of Harry Potter, had an area of the Expo and so did Scholastic, the distributors of the Harry Potter books. There were exhibits featuring Potter action figures and even a giant Lego Hogwarts castle. One of our absolute favorite areas was the one dedicated to MinaLima Design. As we mentioned above, these are the people behind all of the graphic work seen in the movies. Luna Lovegood’s issue of the Quibler that we saw in Harry Potter and the Order of the Phoenix? They did that. Rita Skeeter’s book The Life and Lies of Albus Dumbledore as seen in Harry Potter and the Deathly Hallows Part 1? They did that too. They did everything, much of it seen on screen for seconds (if seen at all). The work they created helps the Potter world on screen feel lived in, and helps bring all of us viewers into the story.

The Studio Tour is actually part of the Expo, but it is also one of our favorite parts. Walking through the impressive display of props brings you right back into the world of Harry Potter and shows the amount of painstaking detail that went into everything. This is a small scale version of the Warner Brothers Studio Tour in London, but has enough awesome items and cool demonstrations that any true Potterhead should want to book a flight over to England immediately and check out the real deal. The Tour at Universal included a look at how they make wands and another room dedicated to the makeup done in the series. Peter Petigrew’s mole, Harry Potter’s scar, and Bellatrix Lestrange’s teeth are a sample of some of the work that had to be done to the actors for their onscreen personas. The Studio Tour ended with a photo op with a Death Eater.

What makes A Celebration of Harry Potter stand out from just about any event at Universal (or Disney for that matter) is the passion of the fans. Not only are the Potterheads who show up for the annual celebration possibly the most well behaved large group in theme park history, but their cosplaying also rivals anything this side of San Diego Comic Con. Outside of the bible, the Harry Potter book series has sold more books than anything in history, and many Potter fans feel a deep connection to the source material. The outpouring of love for the characters is something you can feel when being in the middle of it. Inside the Expo, Scholastic put up a giant wall with the words “what does Harry Potter mean to you?” and let guests write their feelings. Just about anywhere else you go you would find this wall defaced with curse words, or bad jokes, or people trying to plug their Instagram, but these Potter fans wrote from the heart. It’s a special group of people, and that helps make this a special event.

While not technically part of A Celebration of Harry Potter, Butterbeer Fudge made its debut at the parks just days before, so we’re going to count it anyway. Found at Honeydukes in Hogsmeade Village and the brand new Sugarplum’s Sweet Shop in Diagon Alley, Butterbeer Fudge now joins the list of other Butterbeer flavors including ice cream, potted cream, and the drinks (regular, frozen, and hot). If you thought the Butterbeer drinks were sweet, you ain’t seen nothing yet. This is sweeter than any fudge you have ever had, and then there is icing on top! The butterscotch and caramel flavor that we all love is there, but be sure to bring an insulin needle with you.

If we learned one thing from this year’s A Celebration of Harry Potter it’s that the event needs to expand. It is too popular for its own good now. Lines just to get into the parks can be crazy and once inside they just get bigger. With a new film set in the Potter Universe coming out this fall, next year’s event could be even more packed, so it’s time for Universal to start considering spreading this event over the course of two (or hopefully more) weekends. Blow it out, bring in more merch. Encourage one of the bigger Potter fan websites to hold an event at the new Sapphire Falls Resort and all that new convention space. Call in every favor and somehow get Daniel Radcliff, Emma Watson or – dare to dream – JK Rowling as a guest. Do autograph sessions like Disney’s Star Wars Weekends used to do. A Celebration of Harry Potter is now bursting at the seams, so let’s get a bigger pair of trousers shall we?

Days before A Celebration of Harry Potter began, actor Alan Rickman passed away. As Severus Snape, Rickman had the challenge of playing the most nuanced character in the series and did so in a way that it is impossible to picture anyone else in the role. He brought humor and pathos to a character we all wanted to despise, and then turned everything on its ear at the end. I’ve had many a debate with my Potter friends about how I feel Rickman’s Severus Snape was the true hero of the entire film series. Outside of Rickman has been a defining actor of my life. Whether it was Hans Gruber in Die Hard, Metatron in Dogma, or Alexander Dane in Galaxy Quest, Rickman has guided me along into my adult life. A great actor, and by all accounts a better man, Alan Rickman enriched my life more than I can ever repay. Thank you Alan Rickman.

So there you have it: The SATURDAY SIX News Desk: Six Reasons We Loved Universal’s A Celebration of Harry Potter. See you next weekend for the latest installment of the SATURDAY SIX, where we’ll look at something fun from the world of Disney and Universal. If you enjoyed yourself, be sure to check out The Magic, The Memories, and Merch! articles, or, for your listening pleasure, check out the E-Ticket Report podcast. You can also follow Your Humble Author on Twitter (@derekburgan)

Special Thanks to crack staff photographer Brandon Glover, New Kid On The Block Hunter “Elvey” Underwood, Seth Kubersky (my co-author on the Unofficial Guide to Universal Oralndo),  channeling the essence of  the great Gryffindor photog Colin Creevey Gary Snow, “snake”charmer FelipeWWoHP, and Fred Weasley’s widow Megan Stump for their invaluable assistance with this article. Be sure to also check out Brandon on The Park Blogger podcast with co-hosts Aengus Mackenzie and Brian Carey.

And an Extra Special Thanks to the Central Florida Slug Club. They’re a good lot them. (That was written in a British accent, just so you know.) 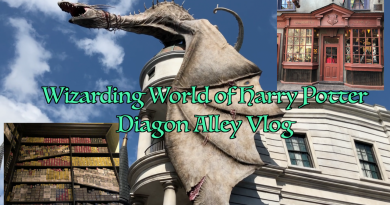 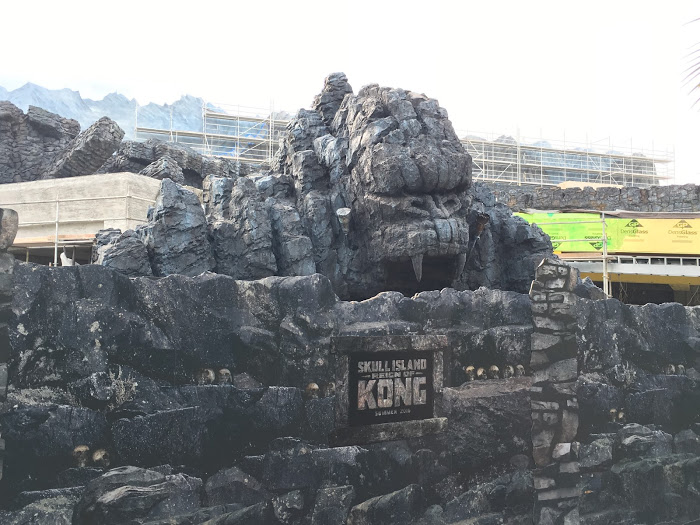 One thought on “SATURDAY SIX: Six Reasons We Love Universal’s A Celebration of Harry Potter”