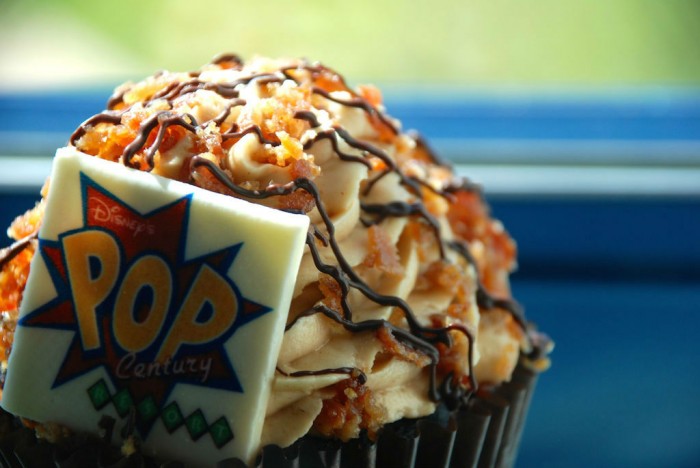 When planning a Walt Disney World Vacation there are a number of decisions to make ranging from which FastPass+ reservations to book, what ticket option is best for you and your group, and even how to get there. But one of the most important, if you’re staying on property, is which Walt Disney World Resort to choose as your home away from home during your stay! Now as you may have guessed, the size of your budget will play a considerable role in the decision-making process. This is why Disney has conveniently grouped the Disney World Resorts into three different categories based on price with Deluxe Resorts being the most expensive, Value Resorts being the least, and Moderate Resorts falling somewhere in the middle. I’ve already covered my Why Port Orleans Riverside is the Only Moderate Resort for Me and Why Wilderness Lodge is the Only Deluxe For Me; but for today’s post, I’m focusing on one of Walt Disney World’s budget-friendly resort options in Why Pop Century is the Only Value Resort for Me!

But first, a little more info about the Disney World Value Resorts!

Now when I want a Disney World fix with the least damage on my bank account, I have to say that Pop Century is the only Value Resort for me. Walt Disney’s motivation for Disneyland was a place where he could have fun with his daughters, and the Pop Century Resort stays true to that original vision in that it offers a theme geared towards both kids and adults. Each section of the Pop Century Resort is themed after a particular decade ranging from the 1950s to the 1990s. Each section, or wing, is decorated with huge, colorful icons and catchphrases from their respective decades, such as giant 8-track tapes, Big Wheels, bowling pins, and foosball. The lobby is also filled with shadowboxes of memorabilia from days gone by. I always stop and check out the boxes from the ‘80s and ‘90s to revisit some favorite old toys and mementos from my childhood, and I love hearing music from the different decades when waiting for the buses. Naturally, all this nostalgia is fun for adults; but for kids, Disney wisely included some larger than life Disney Characters alongside the pop culture icons based on what decade their films debuted. In this way, everyone in the family is familiar with and relates to the fun resort décor!

Another reason why Pop Century is the only Value Resort for me is that most of the different themed resort wings are considerably close to Classic Hall, where the lobby and food court are located. The only two wings that aren’t conveniently close are the 80’s and 90’s. Still, Pop Century’s convenient layout is actually better than what I’ve encountered at most of Disney World’s Moderate Resorts; and after walking all day at the parks, the distance between your room and the lobby can be a huge factor.

While I absolutely love Disney’s Art of Animation Resort, what I don’t love is its price. Now I understand that the resort is new and that it offers family suites, but I have often seen it priced at a Moderate Resort price range and occasionally even more. Now the Art of Animation Resort does offer standard-sized rooms in The Little Mermaid wing, but they are usually not included in discounts or special offers. This is one of the biggest reasons why Pop Century is the only Value Resort for me.

I must say that I truly appreciate a good resort food court. I love variety, I love a good value, and I love being able to grab a quick meal before heading off to the parks or before I turn in for the night. Unfortunately, not all food courts are created equal. However, Everything Pop Shopping and Dining has my stamp of approval and its one of the reasons why Pop Century is the only Value Resort for me. Why? For starters, I love the amount of seating and spaciousness. Even though it can be busy, I don’t recall ever not being able to find a clean, open table. Secondly, Disney has made huge strides in recent years to provide menus with more variety and that effort is clearly illustrated at Everything Pop Shopping and Dining. Here you can dine on specialty burgers, chicken pot pie, flatbreads, and rotisserie chicken. They even have a few unique items which can only be enjoyed there, such as The King Cupcake themed after Elvis Presley and Tie-Dye Cheesecake! Finally, I like the fact that the food court and gift shop is connected. I know it’s Disney pushing merchandise, but I just don’t care. Shopping at Disney World is one of my favorite things to do. My family also likes to take the younger members of our group to the gift shop to be entertained while an adult orders and pays for a meal. The whole ordering and payment process runs much more smoothly.

While the All-Star Resorts only offer two pools, Pop Century and the Art of Animation Resort offer three! The Hippy Dippy Pool is right off Classic Hall and is shaped like a giant flower. This particular pool is usually the most popular but mine has to be the Bowling Pool. It’s shaped like a giant bowling pin and is almost always less crowded than the Hippy Dippy Pool. The 1950s theming is awesome too. The third pool at the Pop Century Resort is the Computer Pool, naturally located in the 90’s wing of the resort. Of all three resort pools, it’s the farthest away; however, that could work to guests’ advantage as that could mean less crowds and maybe even a pool to yourself.

Disney’s Pop Century is close to Disney’s Hollywood Studios, but also in the near vicinity to Blizzard Beach, Typhoon Lagoon, and Epcot. The resort is also just across Hourglass Lake from Disney’s Art of Animation Resort, and guests from either resort can cross the bridge to visit and explore.

While this is probably a matter of opinion, my personal take is that Pop Century is a step above the All-Star Resorts. The lobby and food court are more spacious, there are three pools instead of two, the location is much more convenient, and it isn’t quite as outdated. For instance, over at All-Star Movies, there are wings themed after The Mighty Ducks and The Love Bug; and while they are great entertainment franchises in their own right, kids today simply don’t know about them and they have next to presence anywhere else on Disney World property.

While every Disney World Resort offers its own unique theme and perks, Disney’s Pop Century Resort meets all of the requirements on my Disney Value Resort check-list better than the other Value Resorts. But now I want to know if there are any other Pop Century fans like me out there? If so, what is your favorite thing about this resort? Let me know! 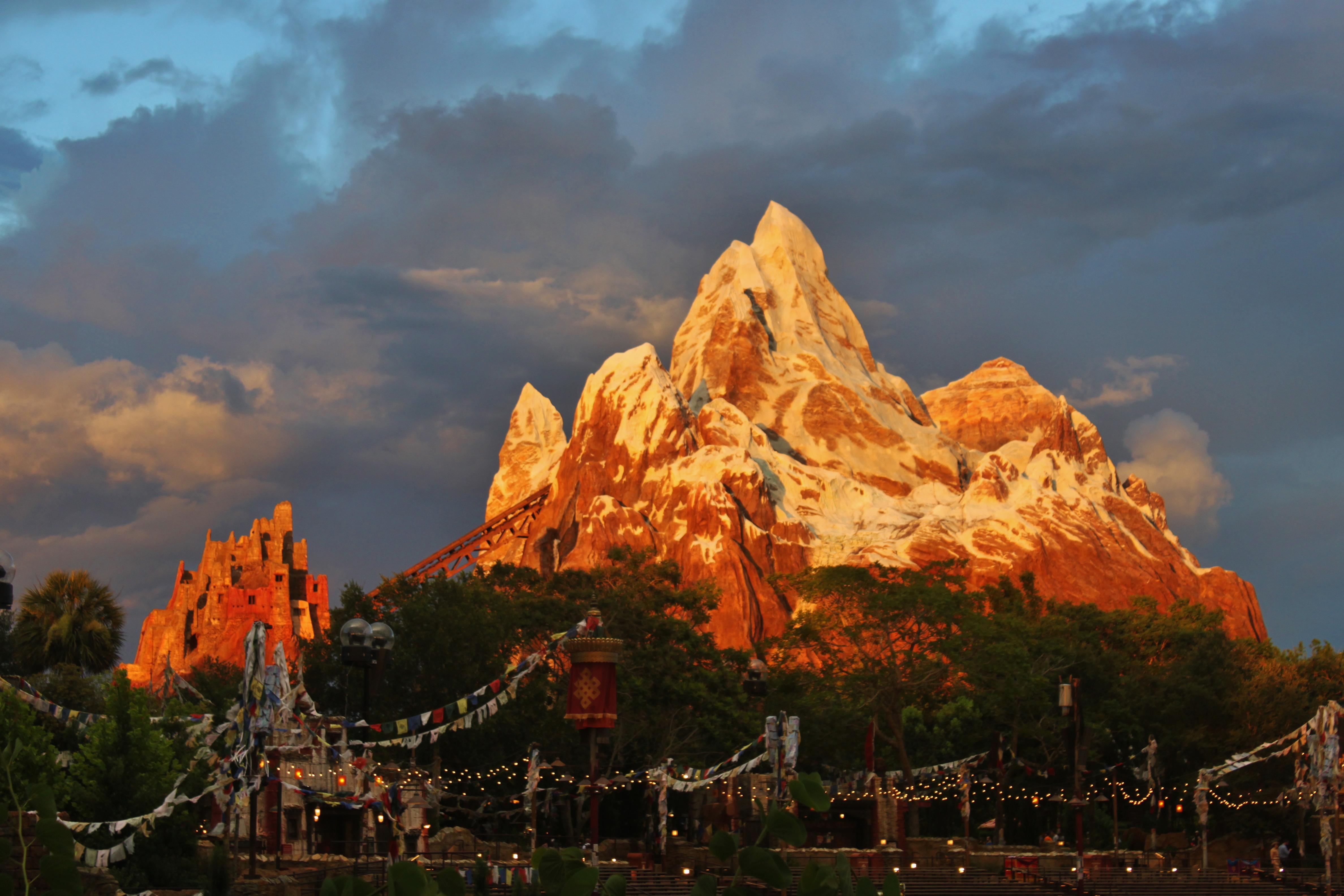 An Animal Kingdom Convert: Winning a Skeptical Spouse Over to the DAK Side