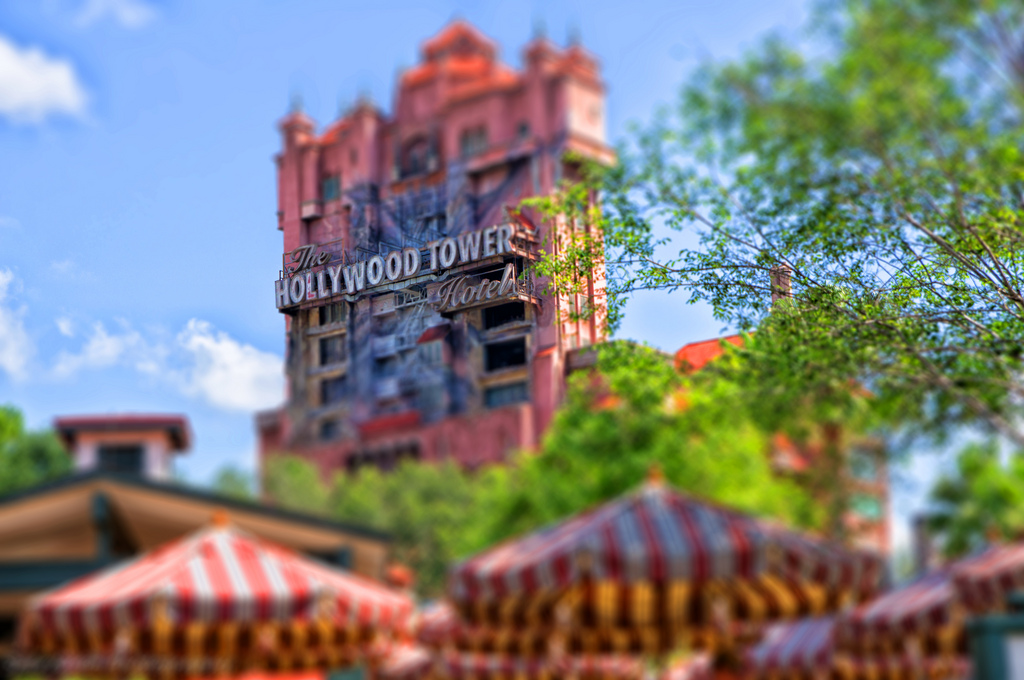 Walt Disney World and the Disneyland Resort share a number of the same attractions, such as Pirates of the Caribbean, Peter Pan’s Flight, “it’s a small world,” and many others. But if you think that these attractions are the same on both coasts, you would be mistaken. One of the many things I love about Disney is that they never do the same thing twice; and while the attractions that can be found on both coasts may share the same names and themes, they do have differences too. Hey, who doesn’t like variety, right? But you have to wonder, which resort has the best version of a popular attraction? Which Disney Park has the bragging rights? I’m about to find out in today’s showdown of Disneyland vs. Disney World Attractions: The Twilight Zone Tower of Terror!

What is the Twilight Zone Tower of Terror?

The Twilight Zone Tower of Terror is a freefall drop ride housed in an Old Hollywood hotel and themed after the classic, psychologically thrilling television series, The Twilight Zone. The story is that on October 31, 1939, five guests of the Hollywood Tower Hotel were aboard the hotel’s elevator when lightning struck the building and sent them directly to the Twilight Zone. The attraction itself takes guests through the cobwebbed hotel, where something is clearly not right, and then aboard a maintenance service elevator to reach their rooms; but, along the way, they end up traveling to The Twilight Zone where their elevator drops over and over!

While there are several Tower of Terrors around the world, I’m zeroing in on the versions available here in the states to see which coasts boasts the best. I will be comparing the towers based on different categories, and the version with the most category wins will be our winner! Ready? Let’s do this.

The Twilight Zone Tower of Terror at Disney’s Hollywood Studios is the taller of the two at 199 ft. tall while Disney’s California Adventure’s version tops 183 ft. tall. Disney World’s exterior was inspired by famous hotels, such as Mission Inn and the Biltmore Hotel, while California Adventure’s sports a Pueblo-Deco design. The most noticeable difference between the look of the two towers is that at Hollywood Studios, the tower is incredibly imposing, extra creepy, and appears even taller than its counterpart due to its spires while at California Adventure, the tower is more modern and horizontal in design. It also sports a lighter color scheme. Both towers feature the scorch marks and exposed interior from the fateful lightning strike, as well as the signature flickering hotel sign; but I have to give this category win to Disney World’s Tower of Terror at Disney’s Hollywood Studios. It looks much scarier and adds more to the experience.

At Disney’s Hollywood Studios at Walt Disney World, The Twilight Zone Tower of Tower is situated at the end of the park’s Sunset Boulevard and seems to draw guests to it like a magnet. It also helps that guests can see the tower before they even pass through the park’s turnstiles and only ups their curiosity and anticipation. Now at Disney’s California Adventure, The Twilight Zone Tower of Terror sits in its own little corner of Hollywood Land between the Backlot and A Bug’s Land. While it can be seen from several areas of the park, it seems to lack the presentation and presentation that Hollywood Studios’ version offers. It’s almost as if guests stumble across this Tower of Terror as opposed to being drawn to it.

Disney is famous for using its queues to immerse guests into the storyline of their attraction, and the queues at both Tower of Terrors illustrate this ability fantastically. At Disney’s California Adventure, the queue begins when guests pass through the hotel gates and into the cobwebbed lobby, which is met to look as if time stopped when lightning struck all those years ago. Next, guests are taken into the hotel library where an old television flickers on, seemingly of its own freewill, and Rod Serling from The Twilight Zone television series appears to fill guests in on what happened to the hotel in 1939 and what’s about to happen now. The final phase of the queue is the dim, industrial boiler room, where guests wait to board their maintenance service elevator and eerie bell hops thank you for dropping in…

The queue is very similar at Walt Disney World’s Hollywood Studios, but does have a few differences, such as an outdoor portion. When approaching the tower at Disney World, guests leave Sunset Boulevard and head up and around a curve to reach the gate before having to pass through hotel’s overgrown gardens. Eerie music plays as guests wait, but what they probably notice most is the screams from guests dropping just overhead! Once they pass through the hotel’s doors, they are in a lobby very similar to Disney’s California Adventure; but fortunately, there are different details to discover and a few differences in design. The library is pretty much the same on both coasts; however, the boiler rooms are different. California’s features different lightning, details, and the boilers are much bigger and in close proximity to the guests in line, as well as having a set of stairs to take guests to the second story boarding level overhead.

So which one is best? I love the effects at California Adventure, but it’s hard to beat the “Fifth Dimension” scene and the spooky realization that your elevator has left the shaft at Hollywood Studios! It also makes this drop ride feel like more of an attraction than just a standard drop ride. Also, I love the randomization of Hollywood Studios’ Tower of Terror. In California, there are drop patterns but the determination of which shaft gets which pattern is what’s randomized. 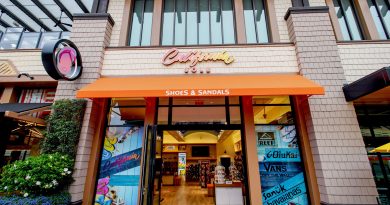 9 thoughts on “Disneyland vs. Disney World Attractions: The Twilight Zone Tower of Terror”