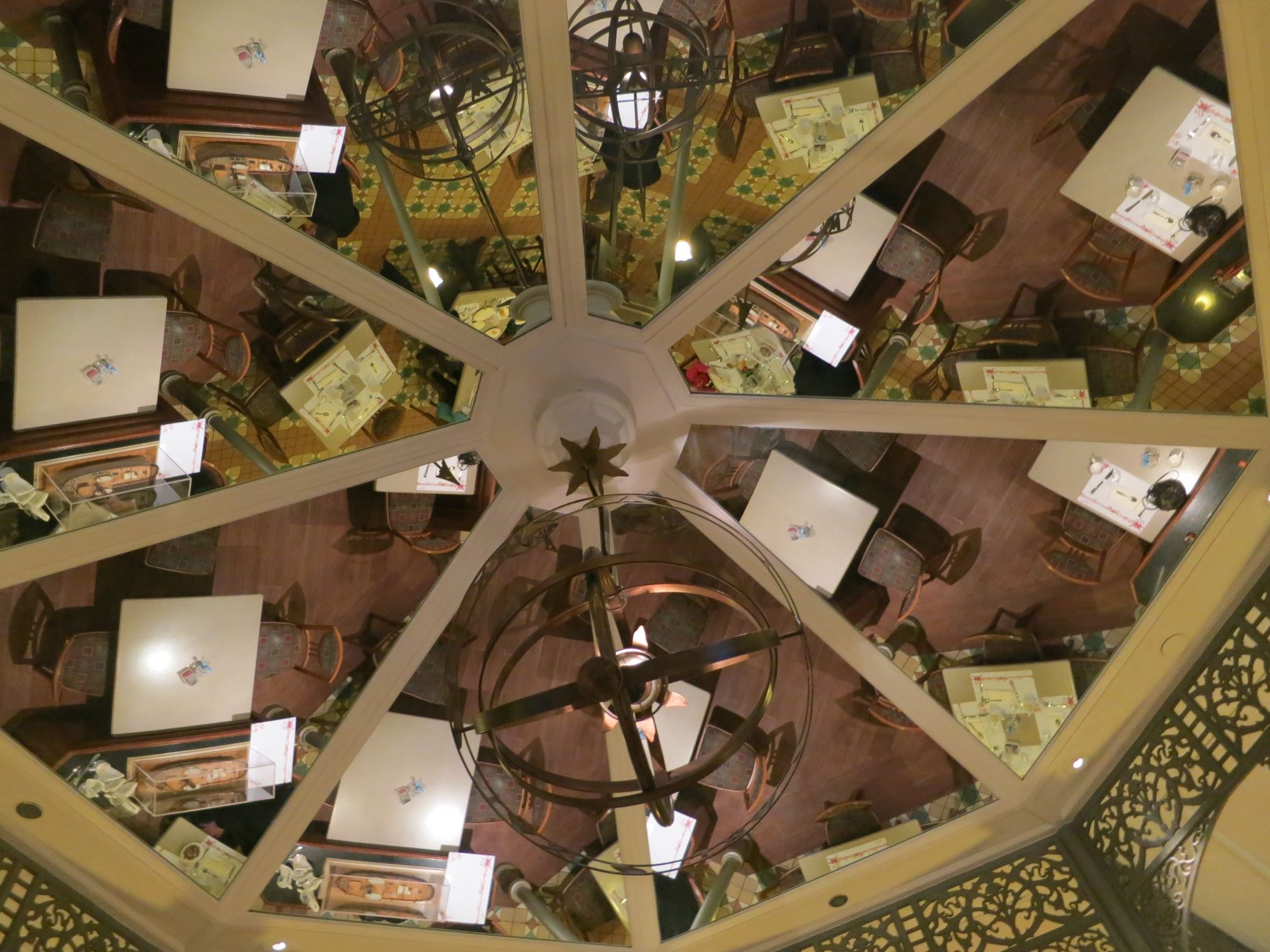 At the end of January 2016, I had the good fortune to travel to Europe and spend five nights at the Disneyland Hotel at Disneyland Paris. This “5-star” hotel is located at the entrance to Disneyland Park, and its marvelous location commands a price premium, making a stay here a very special treat for my family. We have covered the attractions of Disneyland Paris in the past, but here I share photographs of parts of a unique Disney resort hotel.

I am presenting photos in two blog posts: Part 1 (this post) has photos from public areas of the hotel. Part 2 will focus on my hotel room–look for that tomorrow.

While not as large as lobbies you’ll find at Disney’s flagship Grand Floridian and Grand Californian hotels in the United States, in Paris the Disneyland Hotel’s lobby is detailed and luxurious, dominated by a “signature fragrance” that overwhelmed my nostrils each time that I entered. Paintings of theme parks were placed all over the large hotel. I share a sampling of them below. I especially liked ones that seem to depict Disneyland Park, which is literally just outside the window.

The venue that in the evening is the snazzy Inventions restaurant is used to serve breakfast to Disneyland Hotel guests. All Disneyland Paris hotels (except for Davy Crockett Ranch) include a buffet breakfast as part of the room fee, so there was no extra charge for me to chow down in a dining room filled with invention-related decor and that overlooked the Main Street, U.S.A, Train Station. While the food is not exotic and the place can be crowded at times, the selections are extensive, and you could certainly fill up on breakfast to reduce the need for food later in the day