Not too long ago we saw Walt Disney World drastically change their annual pass structure adding new features and a wide variety of blackout dates. Universal Orlando has followed suit. They also recently announced new annual pass features like early park admission. Universal has also rolled out a new seasonal annual pass which is the most budget friendly but also has the most blackout dates, and the least amount of perks.

It’s not all bad news, however, Besides adding features to the annual passes themselves, all of the major theme parks offer various perks and benefits throughout the year. It seems as though this year there are more perks than ever before–perhaps this is because the prices are higher than they’ve ever been. Some guests who are on vacation are purchasing an annual pass rather than a multi-day ticket, even if they’re only going to visit once in a given year. For locals like me it is often seen as a mandatory purchase in order to do Orlando living right.

Let’s take a look at some of the really fun benefits and perks that are being offered to annual pass holders at each of the major theme parks. It is important to note that for the purposes of this blog post I will not be discussing the features that are already included in your annual pass such as free parking, but rather I will focus on different, added-on perks that are offered throughout the year. The past two years have felt like an annual passholder pep rally. This time last year marked a wave of annual passholder perks like extra discounts on hotel stays, free Party Pass for Universal CityWalk, and exclusive merchandise. This year those same perks are offered, plus a few more. And don’t forget the social media love that Universal Orlando expresses on Facebook, Twitter, Instagram, and Snapchat. All of the special offers for Annual Passholder month can be found here.

If there’s a bright side to the attendance struggles that SeaWorld has faced recently it is the great deals on the admission prices and the added perks for Annual Passholders. Here you will find the largest collection of perks and they run throughout the year. In fact, each month features at least one new perk.

You can view all the current perks for SeaWorld Orlando passholders here. These perks change each month.

When considering Walt Disney World tickets, check out our discounts and price comparison tool. Many guests who visit any of the theme parks for multiple days, or who make more than one trip to Orlando in a year, should seriously consider purchasing an annual pass. Often they aren’t too much more than a regular multi-day ticket and the extra benefits, features, and perks are worth it.

The Three Broomsticks: The Best Quick-Service Restaurant at Universal Orlando 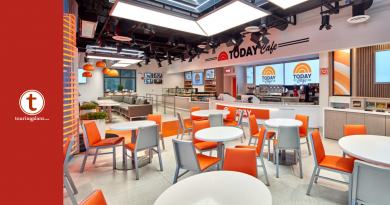 Getting to Know Universal: TODAY Cafe