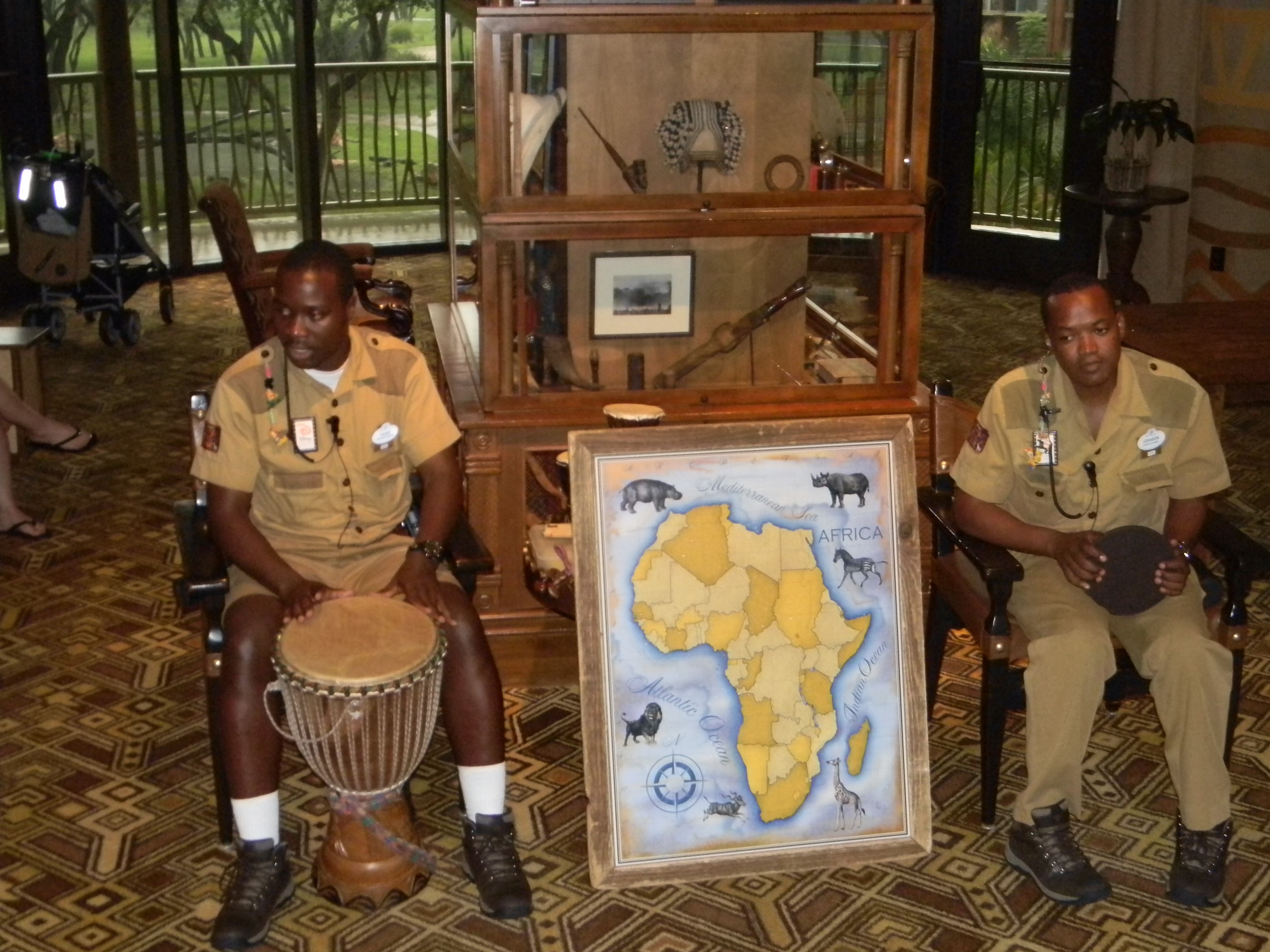 If you’ve never walked through Disney’s Animal Kingdom Lodge, either as a guest or just a visitor, you’re missing some of the Imagineers’ best work on Walt Disney World property.

Yes, the location is a bit further off the beaten path than other Deluxe Resorts, but that could be considered intentional. It’s set apart because it’s unlike any other resort on property, both aesthetically and culturally.  When you enter the Animal Kingdom Lodge, you entering a place where the Disney characters have been pushed to the background and the African continent is front and center.

So in that spirit, here are five things you might not know about the Animal Kingdom Lodge that help make it well worth a stay or visit.

The Animal Kingdom Lodge is home to the largest collection of African art outside of the African continent. Many of the most impressive pieces, like the 16-foot-tall Igbo Ijele mask, are in the lobby. You can find even more pieces of art just walking the corridors of the resort. Between Jambo House and Kidani Village, more than 800 artifacts are on display, making the entire resort a museum of sorts. Take the time to browse the displays, many of which have descriptions and countries of origins listed.

It’s not just the sights of all the artwork. The sounds of the African background music played throughout the resort transports visitors as well. After returning from a stay at the Lodge, you might just find yourself scouring the Internet for the music you heard. Here’s a listing compiled by the AKL Resort site with links to purchase many of the songs on the resort background loop.

Even with all the African artwork and decor, what really makes a visit to the Animal Kingdom Lodge an authentic experience is the opportunity to interact with resort cast members from Africa. Every year, Disney recruits about 90 “cultural representatives” from various African countries. These cast members are always eager to share information about their home countries.

When you check in at the Lodge, you’ll get a schedule of “Cultural Immersion” activities. These range from the opportunity to play African instruments and drums to a nightly African folktale storytelling around the fire pit at the Arusha Savanna Overlook. Even while waiting for a bus to the parks, we’ve been engaged by cast members bringing animal activities to keep kids occupied.

Options beyond the savanna

Like all Disney Deluxe Resorts, the Animal Kingdom Lodge can be an expensive proposition. The easiest way to save on your stay is to opt for a pool view or standard view room instead of the more expensive savanna view. Even if you’re not able to see animals from your balcony, the resort is full of overlooks and viewing spaces where you can view the savannas. And now that the trees around the resort have matured, the non-savanna view rooms can still have interesting site lines.

Touring Plans has a handy view of the resort’s layout with views from various rooms. My recommendation: if you are going to reserve pool or standard view is to request a room on the Giraffe Trail, which gives guests several advantages. First, it’s closer to the lobby than other wings. Animal Kingdom Lodge can be an expansive resort and the walks can get awfully long. The wing is also an elevator ride away from the pool, which is a short walk to the Mara quick service restaurant. One more tip: the stairwell next to the elevators will lead you to an outside door right next to the bus area without having to walk through the lobby.

This is a real treat that won’t cost you a dime. Both Jambo House and Kidani Village host daily tours of their restaurants. At Jambo House, a Culinary Tour is offered daily at 3:45 p.m. African guides will take visitors through Boma and Jiko – The Cooking Place. On the tour, they’ll share personal observations based on their own experiences in Africa and will highlight the symbolism in the restaurants’ design.

Guests will also get a chance to sample the unique flavors in the restaurants. On our tour, we were able to try the delicious butternut squash soup and zebra domes at Boma. Then at Jiko, we were given a sampling of some of the unique sauces and crisp flatbreads used at the restaurant.

Similar to the Culinary Tour, Kidani’s Sanaa Cultural Tour features an African cast member guiding guests through the design and artistic details of the restaurant. Learning the symbolism behind the design choices demonstrates the Imagineers’ attention to detail. And sampling Sanaa’s naan bread and dipping sauces demonstrates why the restaurant’s bread service is one of the signature dishes on WDW property. You can also view animals through the expansive windows of the restaurant, the only one at the resort situated on a savanna.

Yes, the animals that roam the savanna are the stars of the show at Animal Kingdom Lodge. If you’re just visiting, you can walk straight through the lobby down the steps at the far end, which take you out to Arusha Rock Savanna Overlook. Here, you’ll find displays with information about the animals wandering the grounds. Often, you’ll also encounter cast members who can answer questions.

If you’re coming to the resort at night, you can view the animals in darkness with the help of night vision goggles. Times vary, so you’ll want to find a schedule to see when the night viewing is happening. To get to the night viewing area, go out to the end of the pool and to the left, where you’ll find cast members who will allow you to use the equipment for a clear view of the giraffes and other animals after sunset.

One last note: I’ve heard of people concerned that having the animals nearby gives the resort the kind of pungent scent usually associated with zoos. After several stays here, I can tell you that’s not the case. In fact, the resort has a warm aroma with hints of spices and wood-fired oven. Whether that’s the actual oven at Jiko or something that is artificially piped in is a mystery to me, but it’s just another way that Disney’s Animal Kingdom Lodge is a feast for the senses.