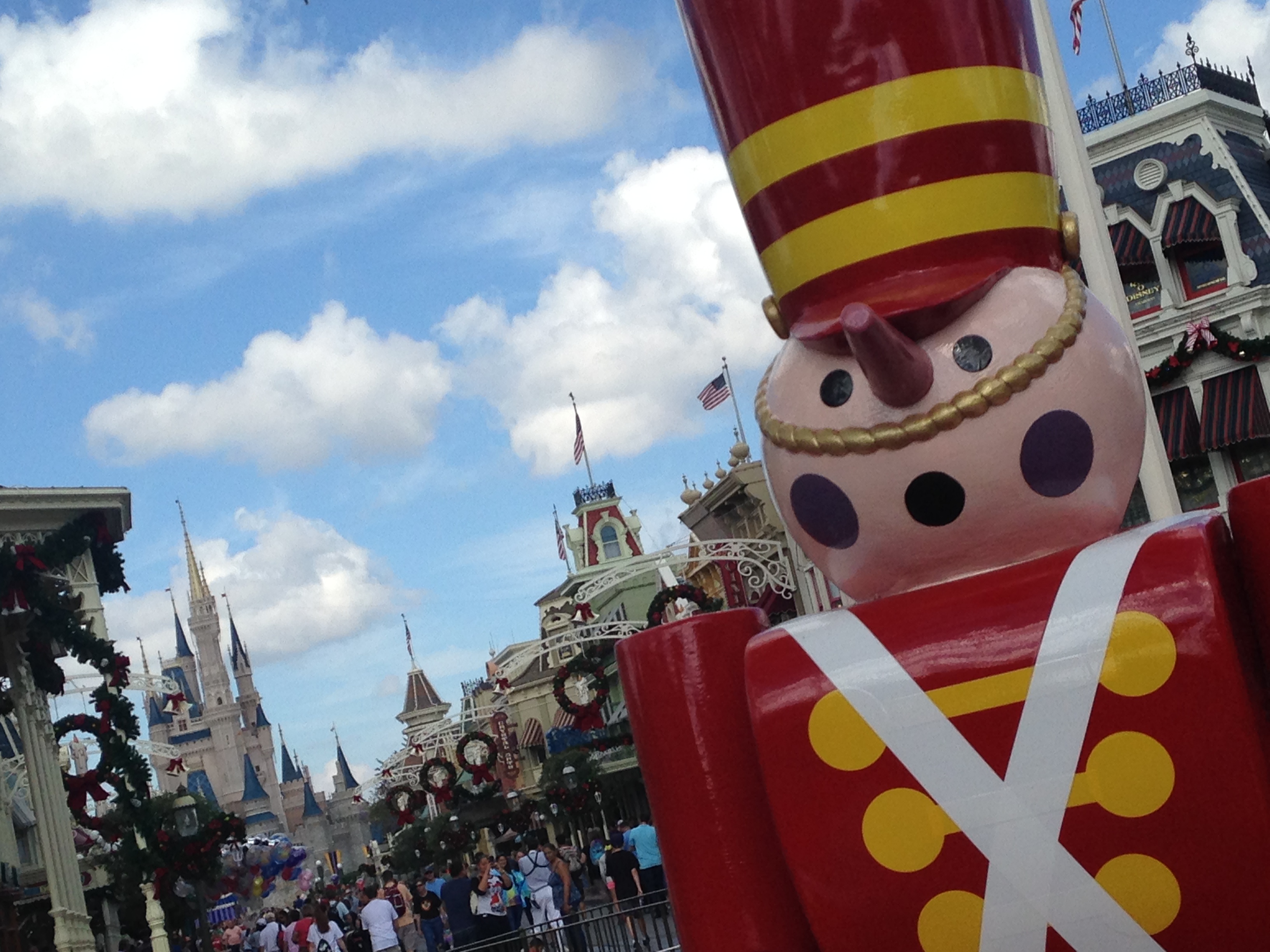 Wasn’t it just Halloween and now BAM! it’s Christmas. It is the most glorious time of the year at the Magic Kingdom and the park is getting ready to celebrate with you!

First, it’s time to get your Jingle on – that is the Jingle Cruise. This holiday overlay of the Jungle Cruise in Adventureland sees the Skippers who are homesick during the holiday season, so they decided to create their own festive fun with homemade decorations, gifts, and more. The boat dock area has been decorated and the boats have been renamed with fun holiday themes. In addition, many of the show scenes have been decorated too, like the gorilla camp, the temple, and even Ginger and Smiley. The jokes take on a fun holiday spin too, with holiday-inspired laughs. The Jingle Cruise overlay will last through the holiday season.

One of the best parts of celebrating the holiday season at the Magic Kingdom is the Frozen Holiday Wish castle lighting show. This show is simply spectacular and words do not do it justice. The is gorgeous show features Anna, Elsa, Kristoff, and even Olaf; ending with the traditional castle lighting ceremony, with Elsa turning the palace into an icy wonderland. During Frozen Holiday Wish, Cinderella Castle lights up each evening with more than 200,000 white shimmering lights, causing the castle to appear as though it has been frosted over.

Other entertainment offerings will see holiday overlays as well. Those include a new segment for the brand new Mickey’s Royal Friendship Faire. There will be an all-new finale scene which will include new costumes, décor, choreography, and a new original song celebrating the season. The show is found on the Cinderella Castle Forecourt Stage and includes Mickey and his troupe of Merry Makers and is performed multiple times a day.

In addition, holiday overlays will occur for the Move It! Shake It! Dance and Play It! Street Party, The Dapper Dans, and the holiday version of the Main Street Trolley Show.

We love the holiday season at the Magic Kingdom and are excited to get to experience it again this year.

5 thoughts on “Holiday Events Begin at the Magic Kingdom”