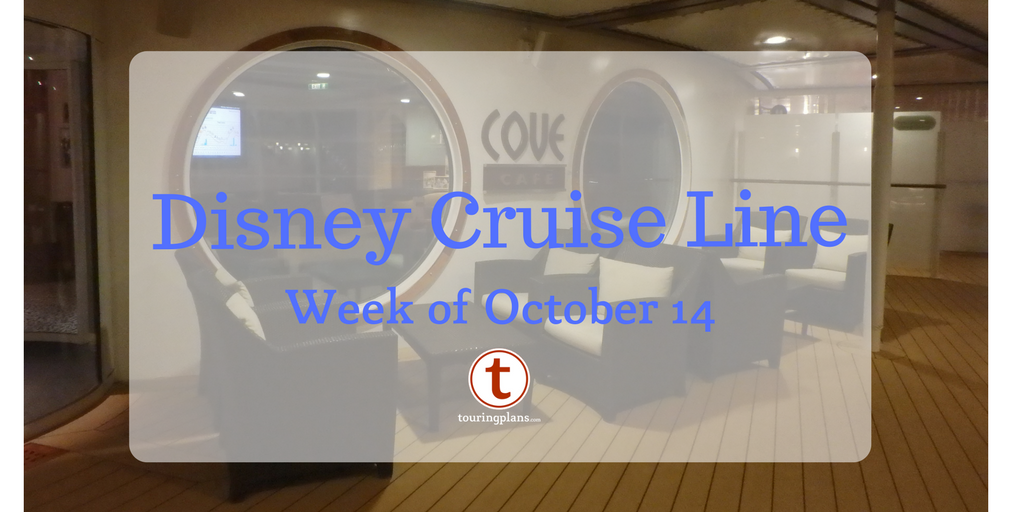 Welcome aboard for this week’s Disney Cruise Line Preview for the week of October 14th! I’m Brandon Glover, and I’ll be giving you everything you need to know before cruising with Disney Cruise Line this week. We’re back this week with a look at some of the exciting events coming to the high seas in the next few weeks.

Our friend Scott Sanders of the Disney Cruise Line Blog has a new post looking at the pre-booking options for the 2018 Star Wars Day at Sea itineraries. In the post Scott details how you can book the various character experiences throughout the duration of the cruise, including Chewbacca, Darth Vader, C-3PO and R2-D2, and the Jedi Training: Trials of the Temple. Another option for pre-booking is the Galactic Transformation at Bibbidi Bobbidi Boutiique, which allows children and adults the opportunity to get a makeover in a Star Wars theme. Pricing for adults is $54.95 plus tax, while children cost $99.95 plus tax for the half hour experience.

Have you ever wondered what goes into creating a Disney Cruise Line musical production? The Disney Parks Blog provides a special look “behind the curtain” into the creative process that brings your favorite Disney classics to life on the stage. We’ve already seen a good bit behind the new Beauty and the Beast production which will be debuting next month on the Disney Dream, but this new Parks Blog series will take readers through each step of the process with an in-depth look  from designers and creative teams alike. Definitely a must read for fans of Disney Theatrical productions.

One of the many pre-cruise questions a first timer may have are “what kind of beverages are available and at what cost?” Well, one of my favorite features of the Disney Cruise Line are the drink stations available 24 hours a day on the pool deck. Self-serve soft drinks, milk, teas, and coffees are just a quick walk away from any point on the ship, and are complimentary. The same options are available inside Cabanas during dining hours, with the addition of juices, which are also complimentary. Bottled water can be purchased as part of a package while aboard, but water is also available in the drink station. Drinks are also complimentary on Castaway Cay, save for alcoholic and specialty drinks such as shakes or smoothies. Hydrating is important when out in the sun, so be sure to take advantage of the complimentary drink stations! 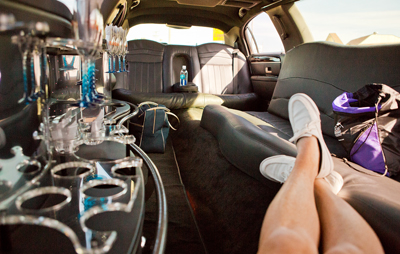 10 Options for Getting to the Port for Your Disney Cruise 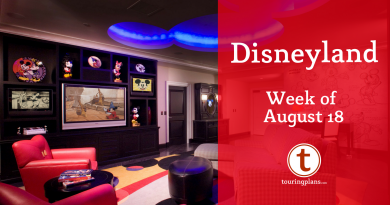