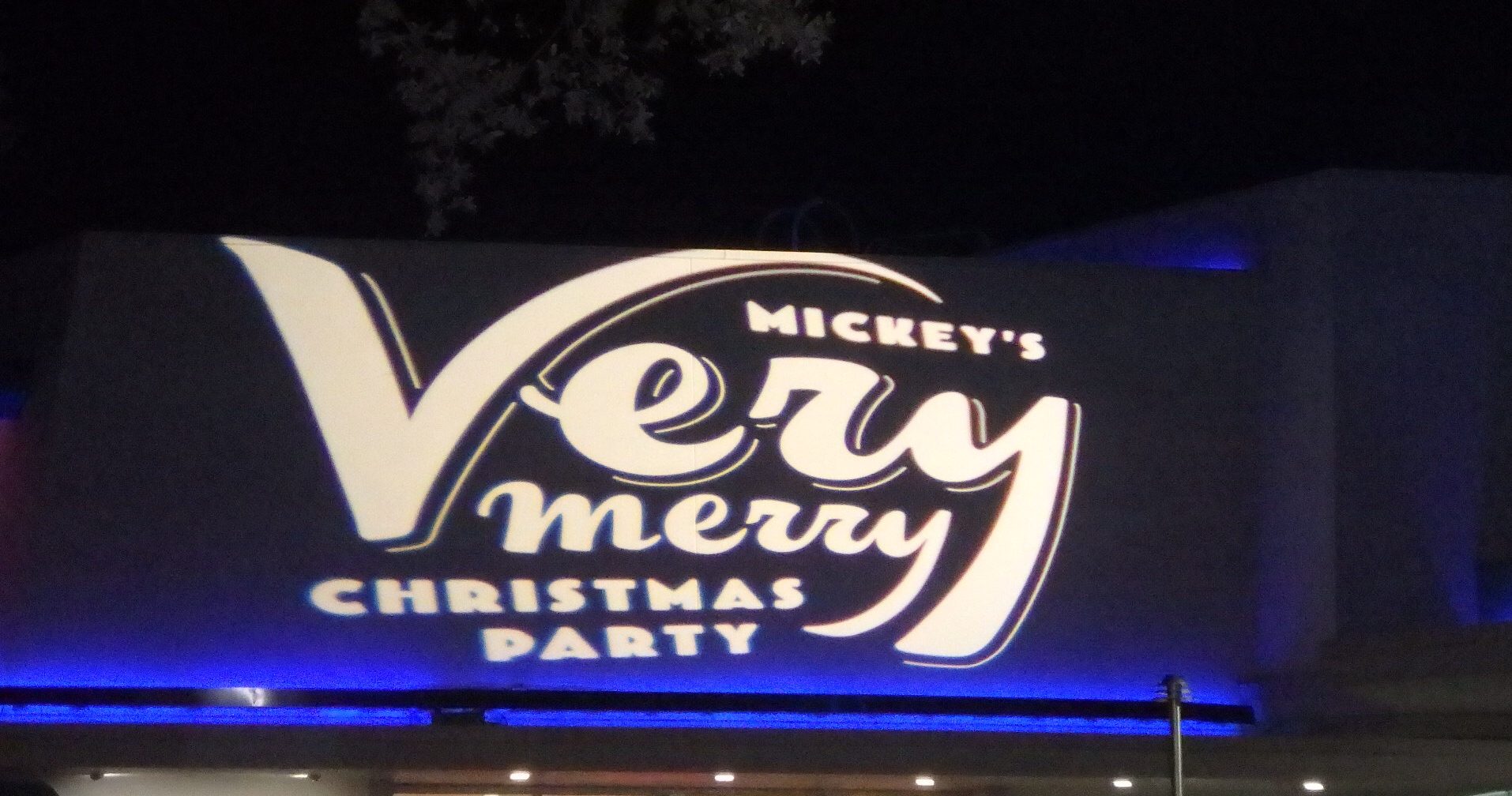 Family achievement unlocked. Our daughter spent her first overnight weekend campout this past weekend, and so that meant her mom and dad were child-free for more than 24 hours. On a whim, I had entered a Disney Parks blog contest for Mickey’s Very Merry Christmas Party tickets and I won. (I’m wondering just how random it is, but I can’t complain–and I have no need to enter next year, but plan to save my luck for that eventual lottery win.) This time, I didn’t have to spend an extra $100 so that we could go as a family, and after looking at the list of events for the evening, our daughter said that it wasn’t her thing–but we were happy to try it out for her! After we dropped her off with her troop leaders, we made our way to the Magic Kingdom. We arrived a while before the party started and grabbed a quick bite to eat at Columbia Harbor House before making our way back to Main Street. My primary goal was to get the special Sorcerers of the Magic Kingdom card, so we were waiting by the fire station when the party started….and it started snowing! Card in hand, we actually had no other plans for the evening other than collecting cookies from each station to last us for the week (or a day or two, depending on life stress) and looking around to see what the Christmas party had to offer. The first thing that we came across was Club Tinsel in Cosmic Ray’s. The dance party was in full in swing, including a couple of reindeer in the crowd. After hitting a couple treat stops for cookies, egg nog, and painfully sweet blue raspberry snow cones, we wandered over to catch the Mickey’s Most Merriest Celebration (cringe) castle show and Elsa’s lighting of the castle. One neat aspect of the Mickey’s castle show is the projection effects on the castle. (It almost makes me forgive the name of that show…almost.) After the castle was fully lit, we did some more wandering around and decided to grab an out-of-the-crowd spot to catch the parade. (Can you tell that we really didn’t have plans for the evening aside from just wandering?) Overall, the parade was okay, but it felt like a redo of the Halloween party, but with less catchy music. There were a couple different floats, however, plus the Toy Soldiers (who were easy to spot but hard to catch a photo of unless you were on the parade route). And of course this guy doesn’t appear in the Halloween parade! Our next step was to try and figure out where our dessert party was. Apparently there were multiple ones going on, and we didn’t appear on the lists at the first two places we tried. Finally we found our party location, which was nice because it was in one of the hub garden areas, so we didn’t have to go anywhere to catch the Mickey’s Most Mumble Mumble Celebration (I won’t say that name again!) stage show and the holiday fireworks. Normally, the amount of desserts at the dessert party are astounding, but for this party, there was a fairly modest selection of some cookies, cupcakes, gingerbread bon bons, and a very yummy chocolate mint pudding-like treat in a shortbread frame. It was still more than we could do justice to, and we ended up splitting several of the treats. The stage show began, and I think it was starting to grow on me, especially the scenes with the Three Caballeros and a variety of characters from Fantasyland. And, like I said, the castle projections are a favorite for me. But now the real reason we were hanging around–the Holiday Wishes fireworks show. Truth told, I like these a lot better than Hallowishes. I’d gladly sit around to watch these every night. And, of course, the perimeter fireworks brought out all sorts of oohs and aahs from everyone. After the fireworks, and collecting our lovely Parks Blog gift (a Mickey Nutcracker), we decided to wander around and hit the rest of the treat stations, plus ride a few rides. All around there were little decorations to really emphasize the holiday theme. Holiday music also played everywhere, which made for a surreal moment walking the Haunted Mansion queue to the sounds of Frosty the Snowman. The cookies served at the event included molasses, snickerdoodle, chocolate chip, and sugar cookies, but one of the best treats we had was this warm snowman pretzel. That was one treat that we didn’t try to bring home with us. It was too good to wait before digging in. Anyone who knows me knows that I’m not a huge fan of character meet and greets because I’m incredibly shy, but there was one character that I wanted to grab a picture with if I could. We got back to Storybook Circus around 11:00, and the characters back there had almost no wait–less than a half hour, even for characters like the Seven Dwarfs, and only a 5 minute wait for Santa Goofy. But that’s not who I really wanted to get a picture with. It took a half hour, but I got a picture with one of my favorite characters: my alter ego in duck form–Uncle Scrooge himself! (Oh yeah, and Donald was there too! Sorry, Donald–you’re still Donald Duck #1 in my book, honest!!) A little more wandering and a ride on the Peoplemover (because you just gotta ride the Peoplemover at night, am I right?), and the party was wrapping up. And as we walked up to the castle, you guessed it…  time for one last showing of

Maybe it’s the cocoa and cookies talking, but I’m kinda digging the show now, and the name is cool in my book, too. Overall, it was a wonderful night, and felt like a much slower paced event than Mickey’s Not So Scary Halloween Party. Then again, that’s what the holiday season is about, right? Slowing down to celebrate the season with family and friends? Thank you once again to the Parks Blog and their random number generator for picking my name out of the hat–it was a wonderful way to have some adult time while our daughter was enjoying her first camporee. Although we do agree that it wouldn’t be her speed to go back for the party, I know we’ll make it back one evening during the holidays so she can enjoy the beauty of the castle. It really is a magical view as you leave for the night to turn around and see this. As we fully enter the swing of the holiday season, I hope you and yours have wonderful time making memories together and enjoying each of your own Best Weeks Ever. 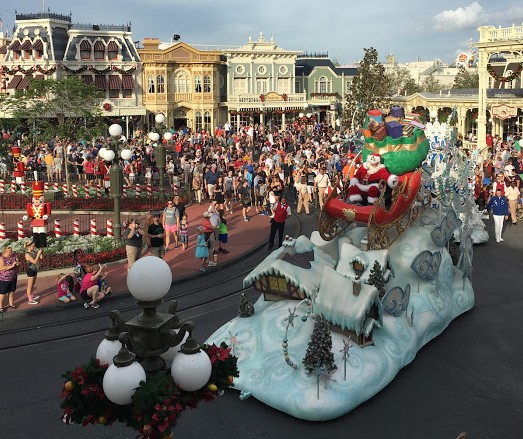