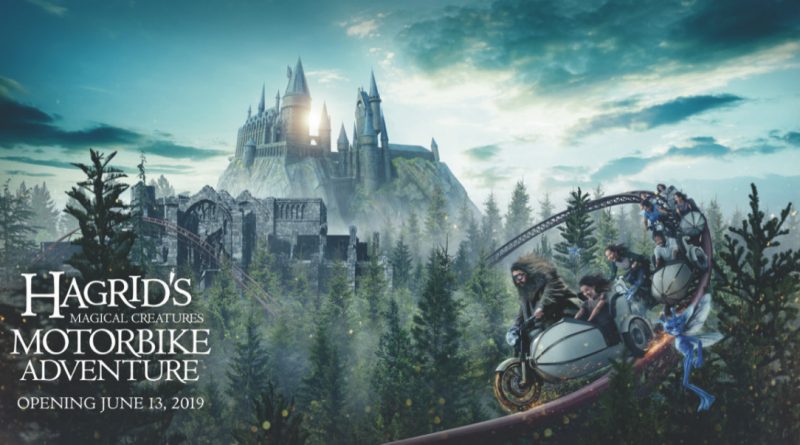 Starting with 10 hour long waits, Hagrid’s Magical Creatures Motorbike Adventure in The Wizarding World of Harry Potter at Islands of Adventure has certainly been popular since opening just a little less than a week ago. Adding to that extreme popularity, there have also been some lengthy down times, due to both weather issues, as well as other maintenance issues that are certainly frustrating for Guests. While the park has been working to accommodate its Guests who want to ride Hagrid’s Magical Creatures Motorbike Adventure, it has been doing so beyond regular park hours.

Universal Orlando Resort has actually released a statement indicating that due to the sophistication of the attraction and because of some of these other issues, their team needs to take some time in the mornings to care for the ride’s daily maintenance, as well as technical support. To make sure their team has the time to complete the work that is needed, the attraction will now be opening sometime at midday for the next couple of weeks.

The full update can be read here: 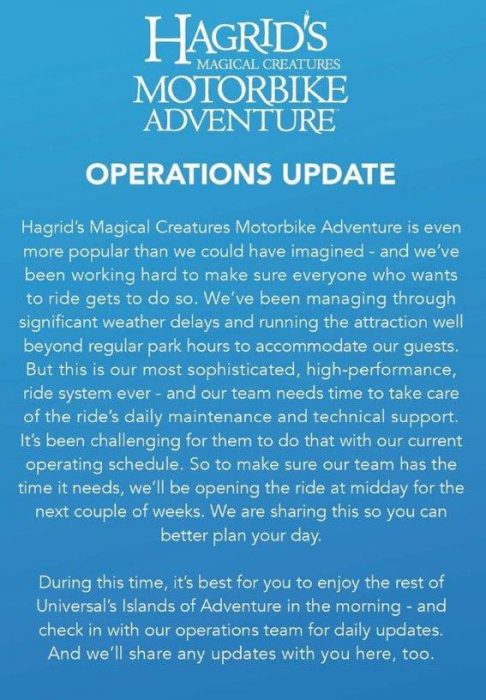 As mentioned, for those who have questions or are looking for updates on Hagrid’s Magical Creatures Motorbike Adventure, be sure to ask a Team Member while visiting the park.