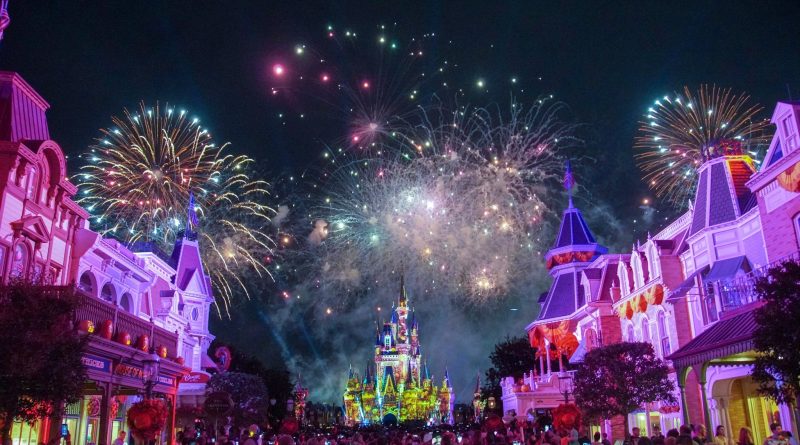 This week’s SATURDAY SIX takes a look at MICKEY’S NOT SO SCARY HALLOWEEN PARTY! For many in the country, Fall is their favorite season because it means the hot summer temperatures have begun to cool down, leaves on the trees are starting to change colors, and – maybe most importantly – football is back! For us in Florida, things are a little different. It’s still hot, the palm trees are the same color they always are, and the return of football means just about as much as any other pro sport (which isn’t much, something the NBA Experience probably should have looked in to.) However, for us Florida theme park fans, Fall is by far and away our favorite season because with it comes two of the greatest events in the entire theme park calendar. Universal brings its annual award-winning Halloween Horror Nights while Disney counters with Mickey’s Not So Scary Halloween Party.

Over the years, MNSSHP has become pound-for-pound the best hard ticketed event at Walt Disney World. It provides guests a lot more “bang for the buck” compared to Mickey’s Very Merry Christmas Party, and the complete disaster that was Villains Unleashed showed that making an event based around villains to a family friendly crowd isn’t as easy as it sounds. Today we’re going to take a look at some of our favorite parts of Not So Scary, and let’s kickoff the countdown with…

For the most part, merchandise made for Disney’s Christmas party is rather generic, but some pretty cool designs come out every year for the Halloween parties. The main pin for this year’s event features Mickey, Minnie, and Goofy out trick-or-treating. Because Disney has such a large amount of well known characters, they have the opportunity to put them in different Halloween costumes  for merchandise and meet-and-greets.

A lot of people consider the film Hocus Pocus to be a Halloween staple, and Disney super-serves fans of that movie with a wide variety of products, including this Ear headband.

Spirit jerseys have become a ubiquitous piece of Disney merchandise, so you’d expect to see them during Not So Scary.

including this adorable one that has vampire Mickey trick or treating down “Main Street USA” (another thing we love to see on merchandise.)

One of the most fascinating parts of doing the Disney Outlet Store Photo Report for over six years is discovering that some weirdos perfectly sane people have “Halloween trees.” Here’s some ornaments to put on those trees (or  your Christmas tree later this year.)

Popcorn buckets have become an annual staple at the parties, and this year has the best offering yet with three different “buckets” based on the Haunted Mansion’s trio of hitchhiking ghosts.

The ghosts have a lighting feature which allows them to look spooky at night.

But that’s not all! These are E-Ticket popcorn buckets because they also sing an iconic song….

The backs of each container are also themed to Haunted Mansion-style tombstones.

If you’re like our family, character meet-and-greets have become just as an important part of the Disney parks experience as rides and shows. One great feature of the Halloween party is that it offers the opportunity for many meet-and-greets that you can’t have during the regular park day featuring rare characters that are almost never out along with other characters dressed up in costumes. For example, how great is Elvis Stitch?!

Minnie is wearing the witch costume that is seen on some of the MNSSHP merchandise.

MNSSHP also features over 30 “Magic Shots.”  Here you’ll have Disney PhotoPass photographers stationed around the park with various props to hold or the ability to add in something extra to the photo, like our famous trio of hitchhiking ghosts below.

Or this great one featuring the Headless Horseman.

In Adventureland you will regularly see Aladdin and Jasmine out for photos, but Genie? That’s a MNSSHP exclusive.

A picture with all 7 dwarfs is a bucket list item for many Disney fans and is a MNSSHP staple.

The Queen of Hearts, Tweedle Dee and Tweedle Dum.

For those that have PhotoPass as part of their MyDisneyExperience, you’ll even see some videos loaded up of your meet-and-greet experience.

With MNSSHP having projections all over the park, it also allows for guests to create their own photo-ops. We love getting one with this logo projected onto the ground.

At the front of the park you may run into this playful spirt.

The lighting package and decorations in the park can also provide some great photos you don’t normally get to see.

In prior years, the Haunted Mansion (appropriately) was given a little TLC  for the Halloween party, but for the most part all the other attractions had very little to no changes whatsoever. Recently Disney has been adding spooky “plussing” to several attractions and we love it! It’s always been a blast that Haunted Mansion had characters (Madame Carlotta and Butler Broome) that interacted with guests during the party, but now you can also see live characters in the queue and actual attraction for Pirates of the Caribbean. Main Street USA’s own Dapper Dans are replicated in Frontierland as the Cadaver Dans. Space Mountain goes completely dark while the Mad Tea Party has the opposite effect with a whole new colorful lighting package. Mickey’s PhilharMagic theater plays the story of Ichabod Crane and the Headless Horseman. These small touches greatly aadd to the overall package.

Keep your eyes open for these gold coin candies that are available near Pirates.

Mad Tea Party is a blast during party nights.

Let me say this up front: I have never seen the film Hocus Pocus. To be honest, I have never even wanted to see Hocus Pocus. The Hocus Pocus Villain Spelltacular is such a great stage show that it makes me want to see the movie, even though I realize the film has absolutely nothing to do with the show. Like the Boo-To-You parade, the Spelltacular show features a whole bunch of Disney baddies, including the rarely seen Hades (from Hercules.) Disney’s casting for the Sanderson Sisters in the Hocus Pocus show is just wonderful, and their interactions with characters such as Dr. Facilier, Lady Tremaine, and Ooogie Boogie are fantastic. Add in projections onto the castle along with some fireworks and you have a show worth going well out of your way to see.

HalloWishes was always one of my favorite parts of MNSSHP. This year HalloWishes was replaced by a new offering, Disney’s Not-So-Spooky Spectacular. There have been several major changes. Like Happily Ever After, Not-So-Spooky uses a whole bunch of projection mapping on Cinderella Castle to tell its story. The perimeter fireworks, which have always been my personal favorite part of any fireworks show, now happen much more frequently during N0t-S0-Spooky. Maybe the most impressive part of the show is the Jack Skellington puppet, who can be seen in front of the castle.

No one outdoes Disney when it comes to parades, and Mickey’s Boo-to-You Halloween Parade is, in my mind, the best one going today. This is helped in large part by having one of the catchiest soundtracks of any Disney attraction, parade or otherwise. Many guests will find themselves singing out loud or humming the “Boo-to-You” song for days – if not weeks – after the party. The parade also starts off with a bang, as the Headless Horsemen makes his way by to start, and this is followed by a cavalcade of all the major Disney characters, including many villains who you rarely see out and about. Where the parade takes it up a notch is the segment based around the Haunted Mansion. This memorable part of the parade features gravediggers using their shovels to create sparks on the pavement, some really creepy ghost dancers, and floats featuring Madame Leota’s grave and the Hitchhiking Ghosts. Not EVERYTHING is great, as this year Disney added in some non-sensical floats featuring characters from The Incredibles. Thankfully that goes by quickly. Boo-To-You! may be the the only part of the entire night that inches above a “G” rating, but it is incredible.

Here is some video of the Haunted Mansion grave diggers.

One of the hardest restaurants to get an ADR at is – still – Be Our Guest Restaurant. On party nights, there is wide open availability to this in-demand restaurant.

When you’re ready to leave MNSSHP, there’s a goody chance MANY guests will be leaving with you. You’ll often encounter long lines at the ferry boat dock and the monorail. Keep in mind that Disney is constantly running busses back to the TTC with little to no wait. Granted they are not as glamorous as a nighttime boat ride or gliding along the monorail, but they will get you back to your car much faster.

So there you have it: Six Reasons We Love MICKEY’S NOT SO SCARY HALLOWEEN PARTY! See you next weekend for the latest installment of the SATURDAY SIX, where we’ll look at something fun from the world of Disney and Universal. If you enjoyed yourself, be sure to check out The Magic, The Memories, and Merch! articles, or, for your listening pleasure, check out the E-Ticket Report podcast. You can also follow Your Humble Author on Twitter (@derekburgan).

Look at all the Mickey’s No So Scary Halloween Party Merchandise! (by Erin Foster)

Special Thanks to The Elite Brandon Glover, the bio-est of all reconstructs @bioreconstruct, the Prince of Peloton @SkylinerPilot, the maven of merchandise Erin Foster, the SAT SIX Fun Squad of Parkscope Joe and Nick,and Hermione Granger’s tutor Megan Stump for their invaluable assistance with this article. The SAT SIX is inspired each week by goofballs Aengus Mackenzie and LitemAndHyde and you Potterheads will  enjoy Meg’s other blog work over at the Central Florida Slug Club.

FINAL PLUG! Did you know The 2019 Unofficial Guide to Universal Orlando has a special edition of the SATURDAY SIX in it? That’s right, ANOTHER NEW ONE EXCLUSIVE TO THIS EDITION!Finally, someone came up with an actual reason to read a book. ORDER this baby now! 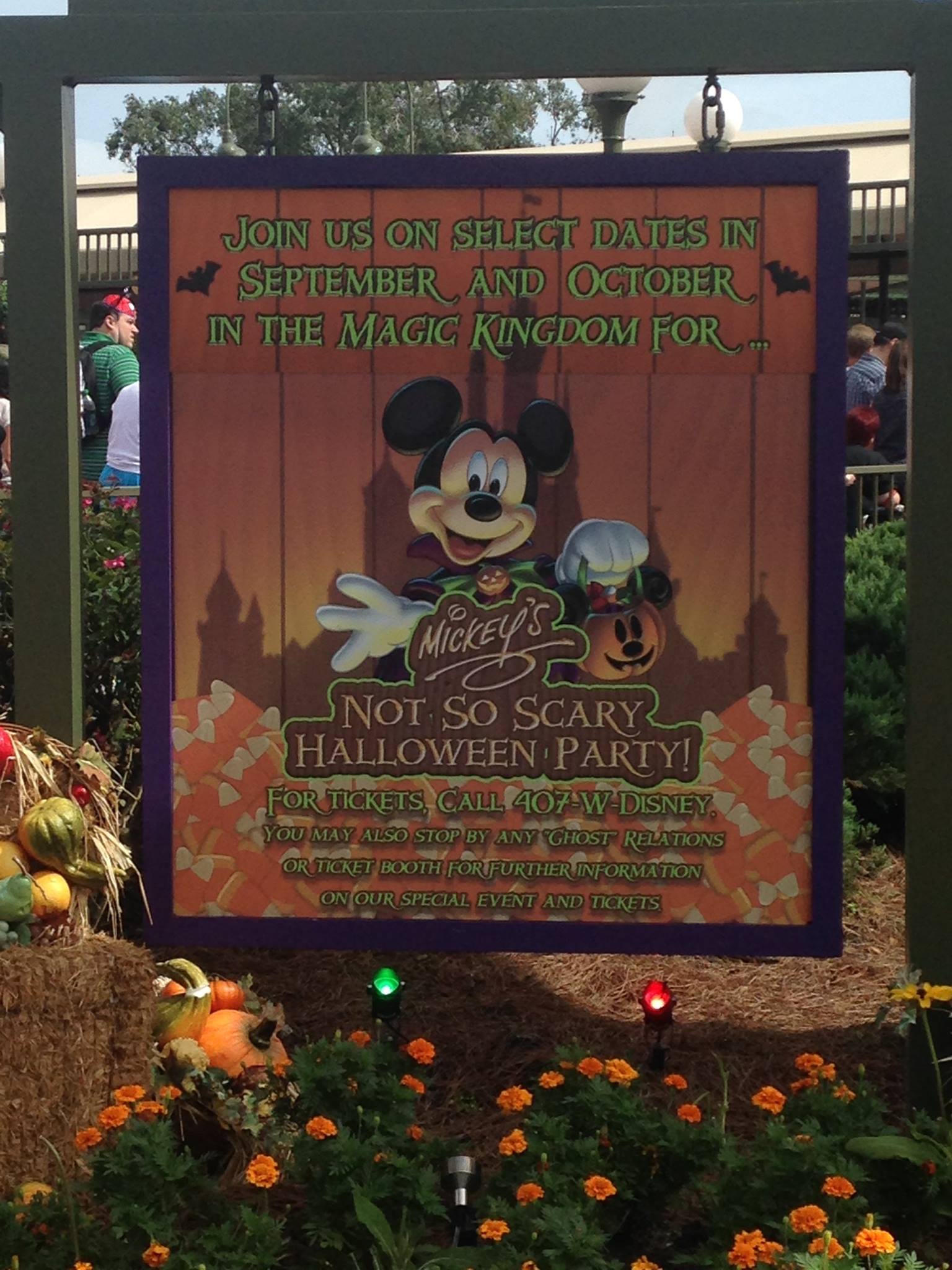