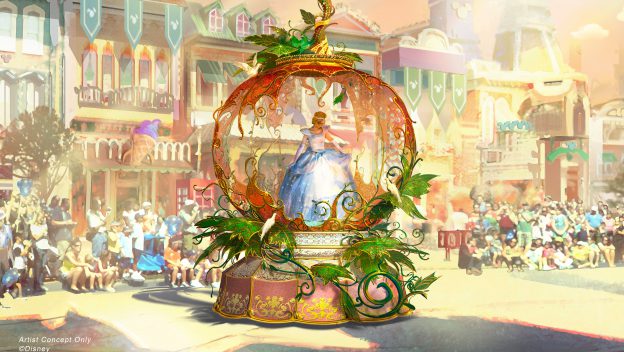 It was announced back at the D23 Expo, but we’re getting closer to the Magic Happens parade debut at Disneyland Park. The new daytime parade is slated to begin rolling through the park on February 28, but today, Disney gave us a few more previews of what to expect with this new parade.

This new parade, which is led by Mickey Mouse and his pals, celebrates moments of magic from Walt Disney Animation Studios and Pixar Animation Studios films as they are brought to life on a grand scale with stunning floats, artistic costumes and a surprising and energetic musical score combined with beloved Disney tunes. Magic Happens celebrate the moments of magic that happen in Disney characters’ lives as their stories unfold. Before, we learned that we’d see scenes from Coco, Sleeping Beauty, Moana, and Frozen 2, however today, we got to learn about three more stories that would be present in the parade.

The first would be Cinderella and the magical moment when her pumpkin is magically transformed around her into a glistening carriage.

The next is the moment is from The Sword in the Stone as Merlin leads the way for Arthur, who finds the magic within himself as he pulls the sword from the stone.

Finally, we have Tiana and Naveen from The Princess and the Frog are seen amidst a swirl of golden flowers where they share a kiss, completing their transformation back into human forms.

The parade itself will also feature dynamic performers and more than two dozen additional Disney and Pixar characters.

According to Hall, who began his career at the Walt Disney World Resort as a performer in “Beauty and the Beast – Live on Stage, “This is a full circle moment for me. I learned how to dance from watching Disney parades, so the fact that I am getting to create the music that these iconic Disney characters are going to be performing to is pretty much the most epic thing that has happened to me in my life!”

In addition, Disney shared a video that showcased more of what Guests would experience during Magic Happens, including some of the costumes for the performers, which will embody the spirit of each of the films presented. The parade’s costume design draws inspiration directly from modern runways, making each costume look fashion-forward, yet uniquely Disney. Many performers and characters in Magic Happens will don all-new costumes, specifically made for this parade.

Magic Happens features distinct stories with a mix of characters, making it feel contemporary and classic, fun and regal, and surprising and familiar – all at the same time. 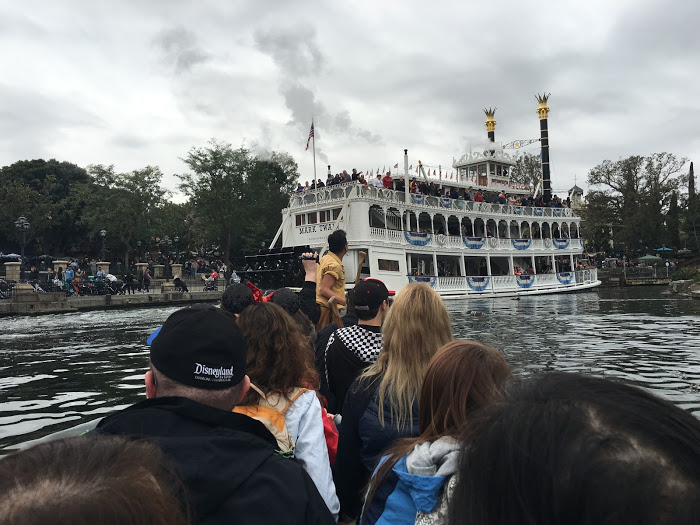 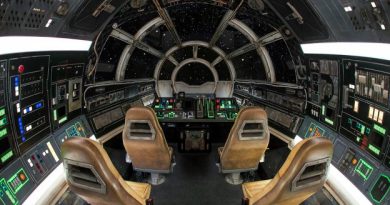