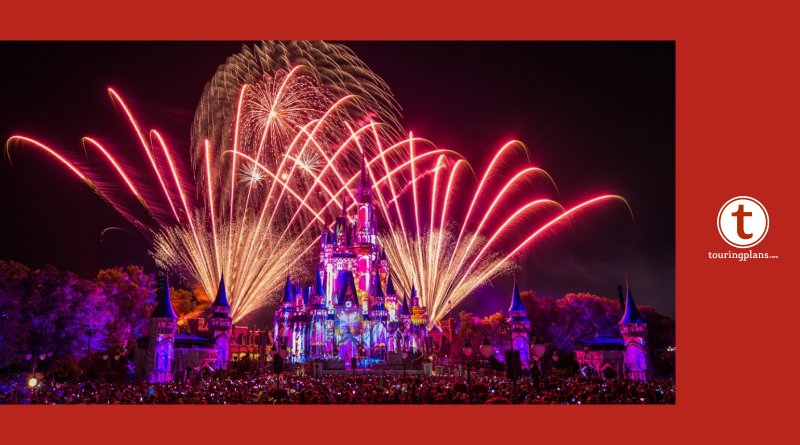 The other night I had an idea as we were getting our toddler ready for bed. “Let’s watch some Disney fireworks,” I said and pulled up YouTube to cast onto our TV. I found the video that Disney posted earlier in the week of the entire “Happily Ever After” fireworks show. They had done so as part of their “#DisneyMagicMoments” effort to create magical Disney content for fans to enjoy at home while the parks are closed. Little did I know the effect watching this video would have.

As the “Happily Ever After” show played before us, in our home, our son’s expression of delight lit up the room. Naturally, I began to cry. We’ve only seen “Happily Ever After” twice: Once during our stay-at-home honeymoon, and the other when we announced our pregnancy. I fell in love with the show so much that its poster is framed and hanging in our living room. Watching it at home, with our son, while we wait for this difficult time to end, I became emotional. I hadn’t really cared for watching videos of Disney’s nighttime spectaculars all that much, until now.

Here are some recommendations for YouTube Channels and videos that are great for watching and enjoying Disney’s nighttime spectaculars at home.

I have a new-found love for watching these type of videos. Enjoying the Disney nighttime shows from home is a great way to add some magic and pixie dust during this difficult time.

Do you have any favorite Disney YouTube Channels (besides TouringPlans, of course)?

Should You Take Your Young Child to Fantasmic?