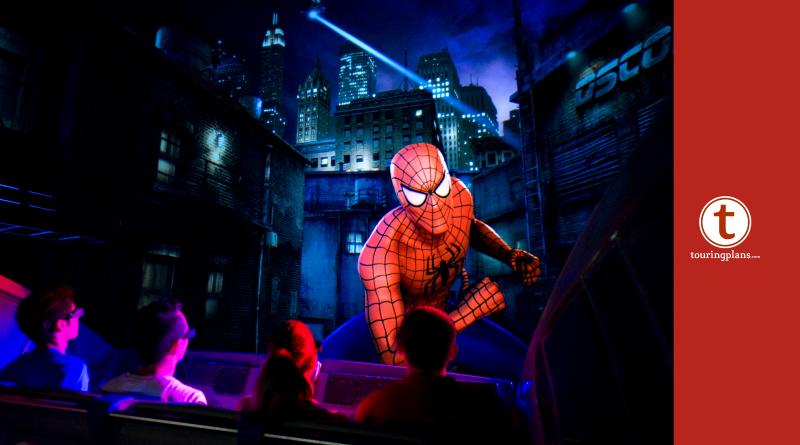 Today in Getting to Know Universal, we are covering the ins and outs of The Amazing Adventures of Spider-Man at Universal’s Islands of Adventure. Located in the heart of Marvel Super Hero Island, Spider-Man opened with the park in early 1999.

Spider-Man combines 3D projections, physical sets, practical effects, and a dynamic motion ride vehicle to put you inside a Spider-Man comic. Praised and voted on as one of the best attractions in the world, the lineage of many modern-day attractions such as Rise of the Resistance and Harry Potter and the Escape from Gringotts can trace their roots back to Spider-Man.

The Amazing Adventures of Spider-Man starts at the fictional newspaper The Daily Bugle. The owner, cigar aficionado J. Jonah Jameson (J.J.), runs a tight, frugal ship, often working his employees hard. One such employee is the freelance photographer Peter Parker, aka Spider-Man.

Our tour begins in the office lobby, where a grinning portrait of J.J. looms over us. As we make our way through the offices we learn of the evil Sinister Syndicate. Doctor Octopus and his minions (Electro, Hydro-man, Scream, and Hobgoblin) are terrorizing New York City as a distraction while they steal the Statue of Liberty. Their ransom? Surrender the city or the Statue is destroyed.

Not one to let a good story go unreported, J.J. enlists us as replacement reporters to get the scoop on the Syndicate and hopefully catch Spider-Man in the act. Guests are deployed into the city on prototype Daily Bugle vehicles, aptly named SCOOP (get it?). The ride vehicles are a moving motion simulator base that buck, pitch, spin, and vibrate through dark ride sets.

While patrolling the streets we catch the Spider signal and before long we are caught up in the fight between Spider-Man and Doc Ock. Guests will find themselves spinning through sewers, speeding through New York City, and even flying high in the air. In the end, Spider-Man saves us from near doom, captures the Sinister Syndicate, returns the statue, and even leaves J.J. with a parting present.

In 2012, Spider-man went through a facelift to bring the attraction up to modern standards. New 4K projectors were installed along with a new, high-definition ride film that brings the characters to life. A new soundtrack was recorded and new ride programming was created. Even the late Stan Lee was added as an Easter Egg throughout the attraction.

The Amazing Adventures of Spider-Man is a “Best Dark Ride” Golden Ticket Awards winner for 12 years straight. Spider-Man continues to wow guests 20 years later with its engrossing characters, exhilarating ride system, immersive scenery, and humor. While many attractions attempt to copy Spider-Man, none come as close to greatness. All these years later Spider-Man remains one of the best attractions in Orlando or even the world.

The influences of Spider-Man still echo through the themed entertainment industry. Parks like Busch Gardens Williamsburg, Ferrari World Abu Dhabi, and even the Tokyo Dome created their own versions of the ride. Universal copied the ride system and some plot beats for the sister attraction Transformers: The Ride and used similar technology in Escape from Gringotts. Disney took inspiration when creating Toy Story Mania, Ratatouille, Pirates of the Caribbean in Shanghai, and Rise of the Resistance.

Spider-Man is a co-headliner at Islands of Adventure with Harry Potter. It is also one of only four attractions in the park that remains open during inclimate weather. Queue wait times will increase throughout the day and spike during storms and hot weather. TouringPlans recommends riding Spider-Man after experiencing Hagird, Forbidden Journey, Skull Island, and The Hulk.

The attraction participates in Universal Express and sometimes offers a Single-Rider line; inquire at the attraction entrance if they are accepting single riders. 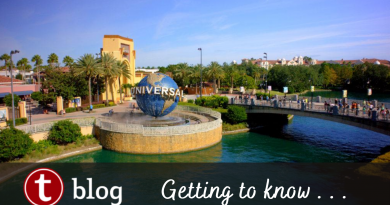