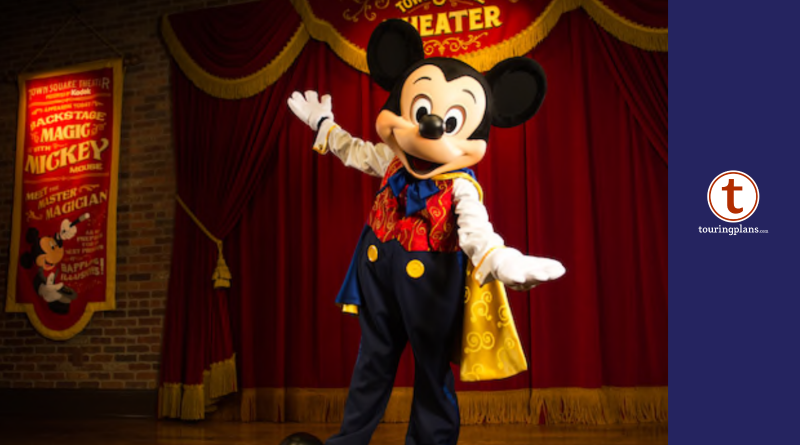 We now have some solid answers to at least some of the questions about new procedures when Walt Disney World reopens in July. Among the changes are an initial near halt of character dining and character meet and greets. You’re not going to be able to get one-on-one interaction with Mickey for a while.

But what will happen when character greetings resume?

At Disney theme parks, when guests have met characters in the past, there were three possible types of interaction: a pure hello and chat, getting a photo with a character, or getting a character autograph. (Virtually no one just says hi – that mostly applies to Yacht Club conventioneers who accidentally wind up at the Cape May Cafe character breakfast.) Most guests pose for a quick photo with the character and a significant subset also asks for an autograph, which takes much longer.

While Disney-branded autograph books are still readily available, there were some signs, even pre-pandemic, that Disney had been gradually trying to slow the pace of autograph collection. For example, some physically capable characters, such as Kylo Ren, did not offer autograph signing at their meet and greets. (Yes, he’s a bad guy, but other villains have signed in the past.) And the Artist Point Storybook Dining character meal offered guests a pre-printed card with images of character signatures rather than having the characters on site actually sign things.

Why was this happening? The logical answer is that autographs slow things down. You can stand next to Mickey, have a hug, and pose for a photo in a few seconds. Guests with autograph books, and particularly families with several books, take much longer. Despite character attendants’ best efforts, there is always some opening books, searching for the right page, positioning the pen properly in a giant gloved hand, and so on. While Disney undoubtably makes a nice profit on autograph book sales, they were also facing guest dissatisfaction over time spent waiting in lines. And perhaps more importantly, when you magnify this slow-down by four or five characters meeting guests at a typical meal, you’re slowing the pace of table turnover by several minutes, likely forfeiting far more income than might be earned on the sale of an autograph book.

In addition to this financial factor, new pandemic-related safety protocols will likely include a stark reduction in opportunities to touch things. When characters sign autographs, they’re passing a book and pen back and forth between themselves and the guest, and often between an attendant as well, dozens of times per hour – those books are portable high-touch surfaces. Many characters wear gloves, but some of the face characters do not. That’s many more opportunities to pick up germs rather than simply standing for a picture.

My guess is that when meet and greets do resume, many, if not all, of the characters will stop signing autographs. Once guests become accustomed to that, I wonder whether the practice will return.

And here’s the usual caveat: I have no insider information, I’m just speculating about possible park changes.

What do you think might happen? Do you like gathering character signatures? Would you be sad to see this practice discontinued?

Frozen Out: Searching for an Elsa doll at Disney World

4 thoughts on “Is This the End of Character Autographs?”