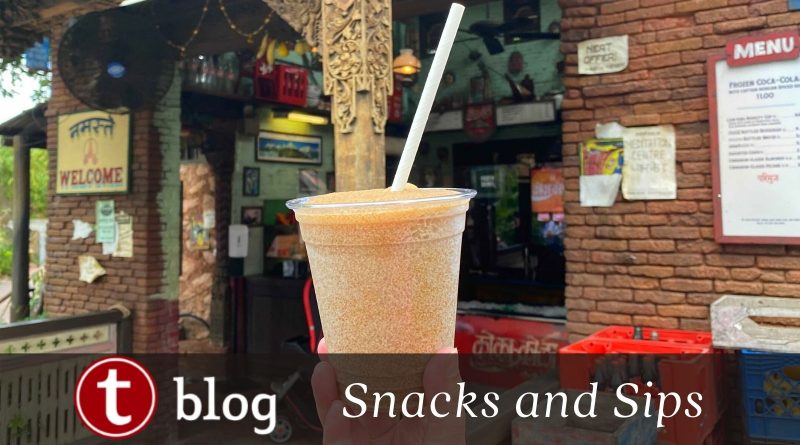 Warm weather is here in Orlando, and it’s only going to get hotter. If you want a convenient and fun way to cool off, and celebrate being on vacation, consider a boozy slushy. You can find a few spots in each of the parks that offers them. A few weeks ago we highlighted the Frozen Coke with Jack Daniel’s Whiskey at Hollywood Studios. Now let’s talk about two of the places where you can grab a boozy slushy at Disney’s Animal Kingdom.

One of the things I love about getting a frozen slush with a shot, is that it does not slosh around when navigating the rough theme park terrain and pushing a stroller. I also love that most boozy slushies at Disney are not too strong, but do have enough liquor to make it a cocktail worth its price (in relation to most Disney cocktail prices).

At Drinkwallah just inside the Asia section of Disney’s Animal Kingdom you can order a variety of frozen slushies, with and without alcohol, as well as cinnamon roasted nuts and other snacks. This little hut is near the Discovery River so it’s a nice spot to grab a snack or drink, and enjoy the river views.

You can get a Frozen Coca-Cola with Captain Morgan Spiced Rum for $11.00. Jack Daniel’s Whiskey is also an option at $11.00 which is two dollars less than it is at Disney’s Hollywood Studios.

I selected the Captain Morgan Spiced Rum. Either the drink was really weak or the Spiced Rum’s flavor blended right into the Coke. It was cool and refreshing, and did not have as strong of an effect as the Frozen Coke and Jack Daniel’s Whiskey that I had at Hollywood Studios a few weeks earlier. Still, for a convenient, simple drink, I would recommend a stop here at Drinkwallah.

For more creative frozen slushy concoctions, Isle of Java has three boozy slushies. There’s one with rum, one with vodka, and one with tequila. I recently ordered the Macaw Specialty Beverage (sans alcohol) and was disappointed that this tri-layered slush was sold in a solid white cup, so the lovely layers mattered not. Still, I’m a fan of slushies as a way to cool off, boozy or not. What about you?

Have you ever grabbed a frozen slush with alcohol at Walt Disney World? What is your favorite? 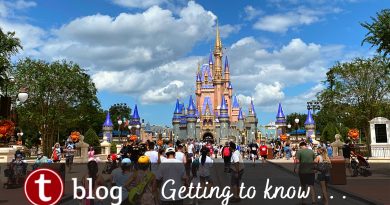 How to Create Custom Touring Plans Using the Lines 2.0 App

One thought on “Where Can You Get a Boozy Slushy at Disney’s Animal Kingdom?”