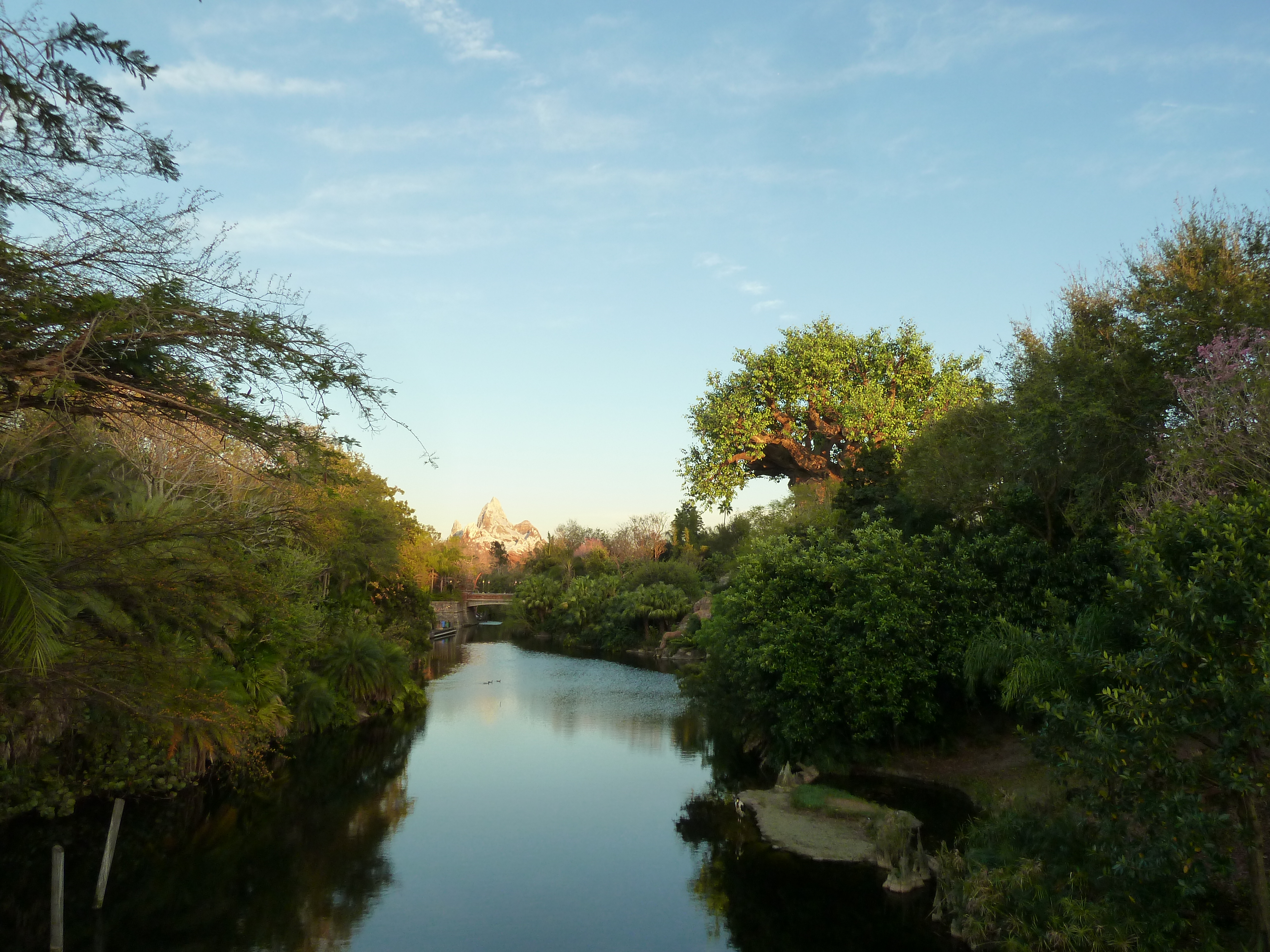 Over the past year-and-a-half AtMousePhere has covered the music of Magic Kingdom park, Epcot, and Disney’s Hollywood Studios. Now it’s time to take a look at the newest Walt Disney World park: Disney’s Animal Kingdom.

Much of the music for the area (besides Dinoland U.S.A.) really blends well into the area. Through the use of all sorts of instruments, the music composed really envelops you. Unlike other parks, it’s very peaceful.

To start, we will be taking a look at the music heard at the main entrance, as well as the Oasis.

Listen to some great Animal Kingdom music while you read, courtesy of YouTube user disneybachelor.

The Music of the Main Entrance

Some of the music here is taken from Disney movies that inspired attractions and shows in the park, including The Lion King, Tarzan, and The Jungle Book.  You can hear “Circle of Life,” “The Bare Necessities,” “I Wanna Be Like You,” and “Trashin’ the Camp.” You can even hear several versions of “The Lion Sleeps Tonight!”

Several other non-Disney songs that can be heard around here include “Footprints” and “Pahari” by Jai Uttal and “Aziz Aziz” by Outback. (Uttal’s songs can be found on his Footprints album, while Outback’s album is called Dance the Devil Away.)

The Music of the Oasis

This music has an extremely calming effect on people. It is the perfect way to get people in the right mindset to enter the park. The music combined with the setting and the animals can bring the most frantic Disney guest down a couple of notches on the stress scale. While it’s odd to find a park entrance that actually calms people down, it works for the Animal Kingdom.

Unfortunately, most of these songs – the most popular tracks in the park – can’t be found on downloadable music sites. However, an official Animal Kingdom album was released in 1998, and many of these songs can be found on it. You can still buy it used on Amazon and other sites.

Songs here include “Oasis Dawn Rising,” “Summer,” “Hidden Grotto,” and more. The most popular piece is likely the “Tree of Life” theme, which is the first song that you heard in the video above.

While I am a stickler for the music of Tomorrowland and the entrance music into Epcot, this Oasis music also ranks up there as one of my favorites. All of them are immersive, and really transport the listener into the setting for which they’re intended. I hope that you feel the same way!

Do you own the 1998 Animal Kingdom soundtrack? What is your favorite track? Do you enjoy the Animal Kingdom theme park? Which area should I cover next? Comment below!

2 thoughts on “Animal Kingdom AtMousePhere: The Music of the Entrance and Oasis”