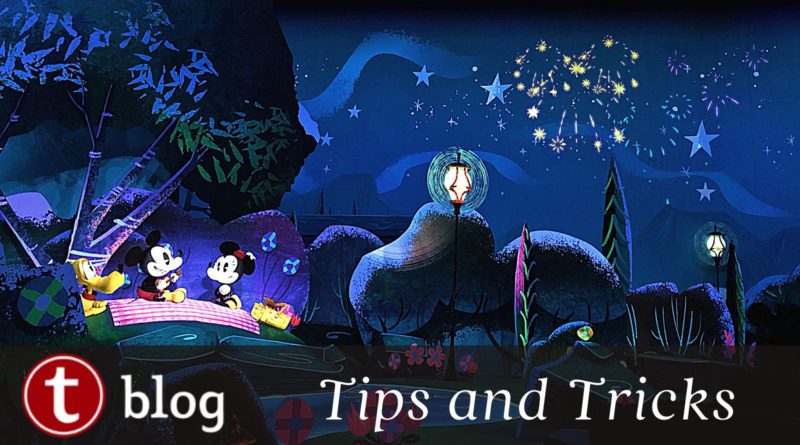 Note: This review may contain spoilers for Mickey and Minnie’s Runaway railway. 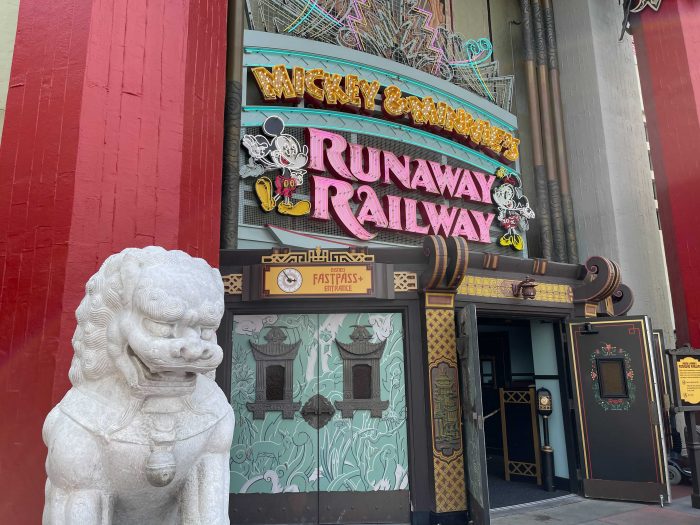 Guests are welcomed to literally step into a new, Paul Rudish-style Mickey cartoon short, and I do mean literally. The pre-show screen showing the “Perfect Picnic” cartoon short opens for guests to pass through to enter the cartoon world! 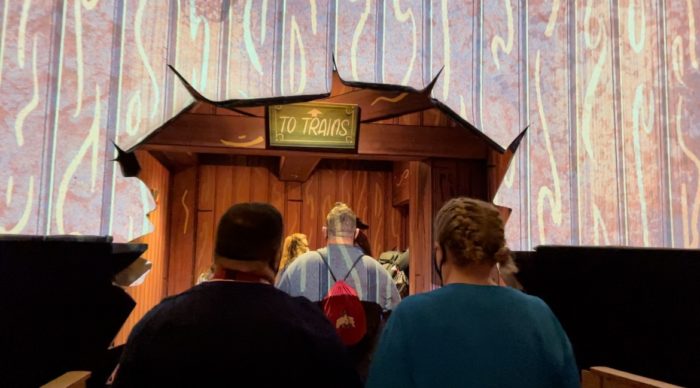 Now the ride’s effects and show scenes are state-of-the-art and literally layered with detail. And among those details are dozens of Easter Eggs cleverly hidden by the Imagineers. Note: For reference, Easter Eggs are references and tributes to Disney History, characters, other park attractions, and the like.

So let’s take a spin aboard Mickey and Minnie’s Runaway Railway to discover some of the best Easter Eggs that you can spot when riding this Hollywood Studios attraction! 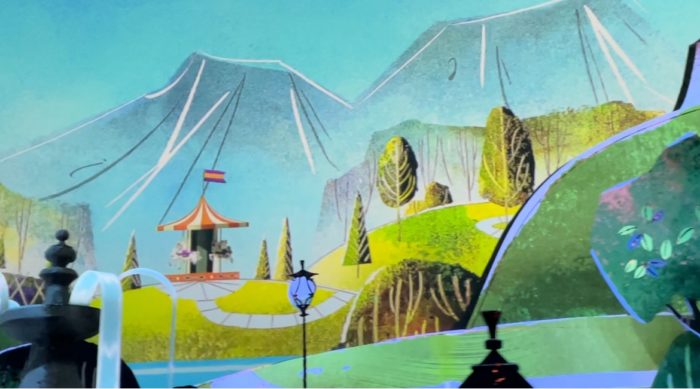 In the room where guests board Goofy’s train and take the first turn into the tunnel, be on the lookout for a carousel. Walt Disney was actually inspired to build Disneyland while watching his daughters ride a carousel during a father-daughter outing. 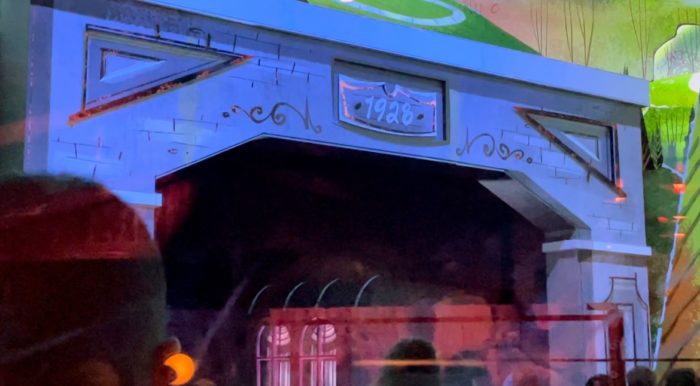 Once aboard Goofy’s train, guests are transported into a tunnel bearing the date 1928. This year is important in that “Steamboat Willie,” Mickey Mouse’s breakout cartoon, was released in 1928.

Odes to The Great Movie Ride

Mickey and Minnie’s Runaway Railway opened in March of 2020 replacing The Great Movie Ride. This former attraction took guests into scenes from various classic Hollywood films, including The Wizard of Oz. 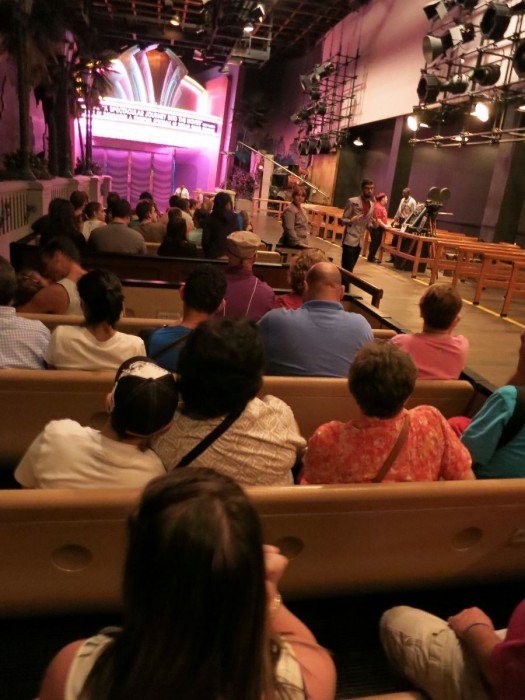 But the scene before The Great Movie Ride’s Munchinkland was a little bare with only wind effects and projections of the Sorcerer Mickey scene from Fantasia. This is because Imagineers originally intended for this scene to feature the twister from the 1939 film.

Well, Imagineers have finally put a proper twister in this space that’s dotted with Easter Eggs and references, including a mailbox that reads “There’s no place like home!” 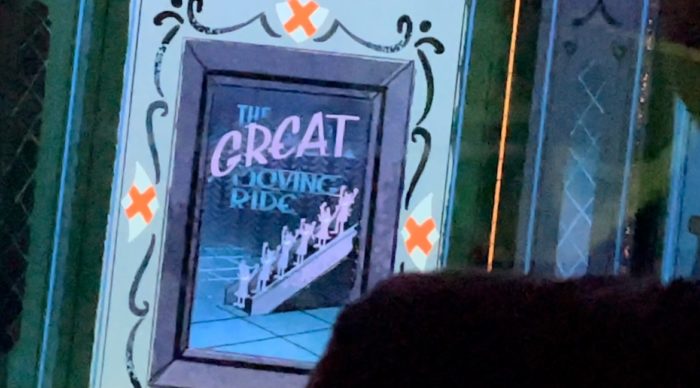 In addition, during Mickey and Minnie’s carnival scene, there’s a poster for “The Great Moving Ride” which is a fun homage to the original attraction.

Instruments in the Twister

Also during that twister scene, keep an eye out for some instruments zipping by. This could be a reference to Mickey’s Philharmagic at the Magic Kingdom where the instruments in Mickey’s orchestra get swirled around thanks to the magic of the sorcerer hat.

But it could also be a nod to the 1935 cartoon short “The Band Concert” where Mickey and the band get caught up in, well, a twister!

But when Walt lost the rights to Oswald to Universal, he then decided to create a cartoon mouse who his wife Lillian suggested be name Mickey. While aboard the ride, be looking for a newspaper stand with a newspaper reading “Oswald Wins!”

As most Disney History fans are likely aware, Walt Disney loved trains. So it’s only appropriate that the first attraction starring Mickey Mouse would have a train ride vehicle. 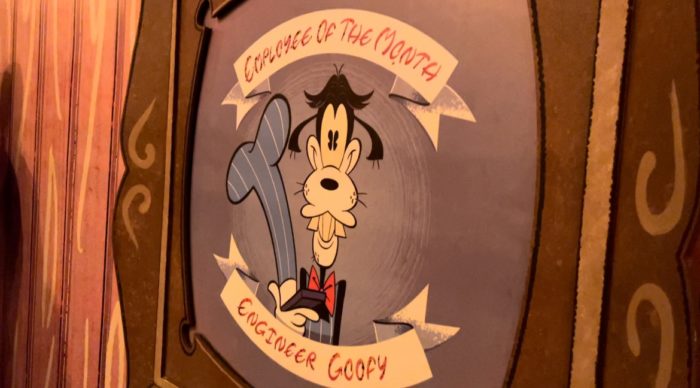 While aboard, be sure to listen for the tri-tone train whistle. The sound is actually from 1928’s “Steamboat Willie.”

The water treatment plant within the ride is named Iwerks and Uwerks Waterworks which is a punny nod to Disney Legend Ub Iwerks.

According to D23, Ub is credited with sketching Mickey Mouse for the very first time. He also drew Oswald and later worked with on park attractions.

Also within the city scene is the sign for Retlaw parking. Do you know what Retlaw is spelled backwards. That’s right! It’s Walter for Walter Elias Disney. 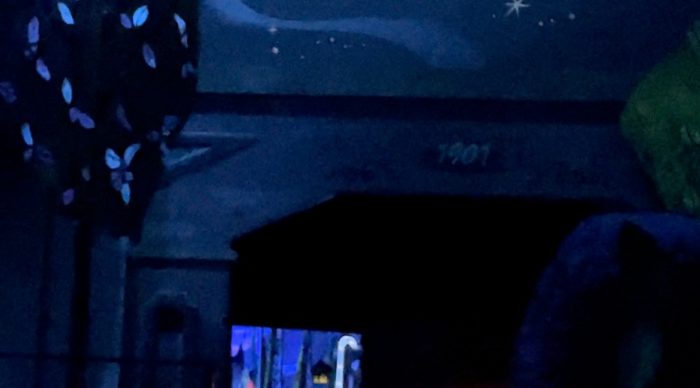 In addition to the year 1928, guests aboard Mickey and Minnie’s Runaway Railway are likely to see the year 1901 as well, particularly above the culvert in the sewer scene. This is because Walt Disney was born on December 5, 1901.

The address for the headquarters for Walt Disney Imagineering is 1401 Flower Street in Glendale, California. The 1401 Flower Shop within the ride is a fun homage to the Imagineers themselves. 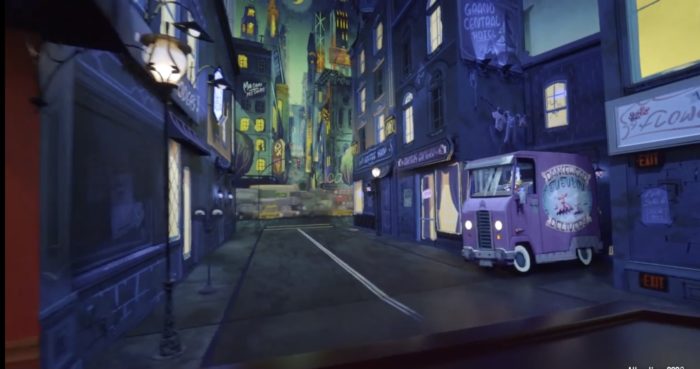 It’s possible that a portion of ride’s city scene could be inspired by the former Streets of America that once stood at Disney’s Hollywood Studios.

Another tough one to spot, tucked between two booths within the carnival scene is a poster for Potatoland’s version of Disneyland’s classic show Great Moments with Mr. Lincoln.

Disney World’s Typhoon Lagoon water park is home to an attraction called the Miss Adventure Falls which was originally supposed to be called Miss Fortune Falls.

While the name didn’t fly at the water park, Miss Fortune is included inside Mickey and Minnie’s Runaway Railway during the carnival scene. It’s also worth noting that Kevin Rafferty who oversaw this attraction also worked on Typhoon Lagoon and came up with many of the names for the park’s shops and restaurants.

Speaking of Walt Disney, look for a sign at the end of an attraction that includes the name Yesnsid Valley. Much like Retlaw, Yesnid spelled backward is Disney! Yen Sid was also the name of the sorcerer in Fantasia’s Sorcerer’s Apprentice who animators designed after Walt!

Is Mickey and Minnie’s Runaway Railway one of your favorite attractions? Which Easter Egg was your favorite? Let us know in the comments!