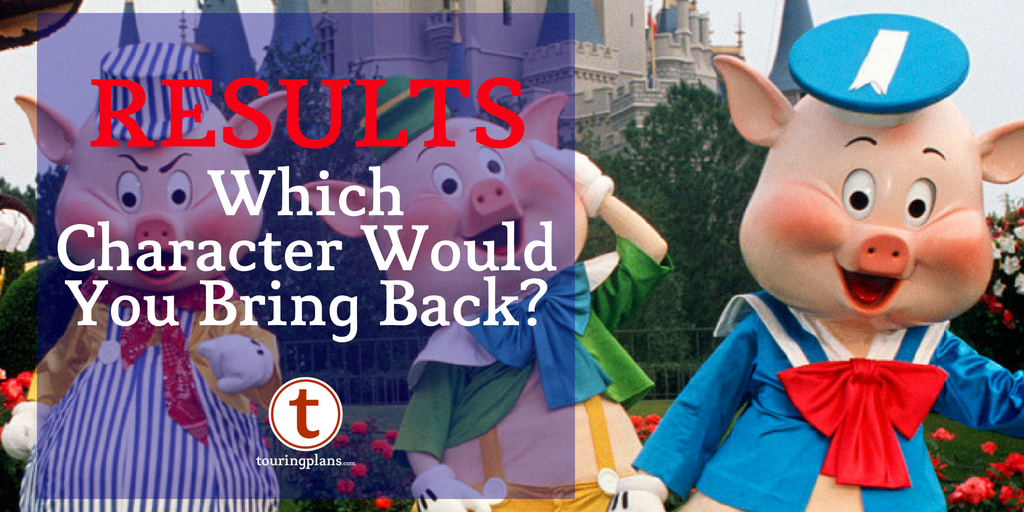 We had some great comments last week. Several of you mentioned the various Ducks you’d like to see. To be honest, they started off on the list until eagle-eye Traman noted on Twitter that we’re getting a bunch of them back for the Dino-Riffic Dance Party at Animal Kingdom, a new entertainment option that Disney is torturing Brian with by continually changing its name. Look for Launchpad McQuack and Scrooge McDuck there. I’m only vaguely familiar with DuckTales (because I was in college when it came out) but a Wikipedia search tells me, you’ll probably find what you’re looking for there.

In fact, putting together the list of contenders was a whole back and forth of “Wait, they’re not out anymore?” and “What’s a Sora?” and “Is Mickey at the Studios now still Sorcerer Mickey?”

So there are your votes. Thanks for all the comments and don’t forget to vote in this week’s poll.

6 thoughts on “#Ask It Results: Bring Back a Character Meet and Greet”