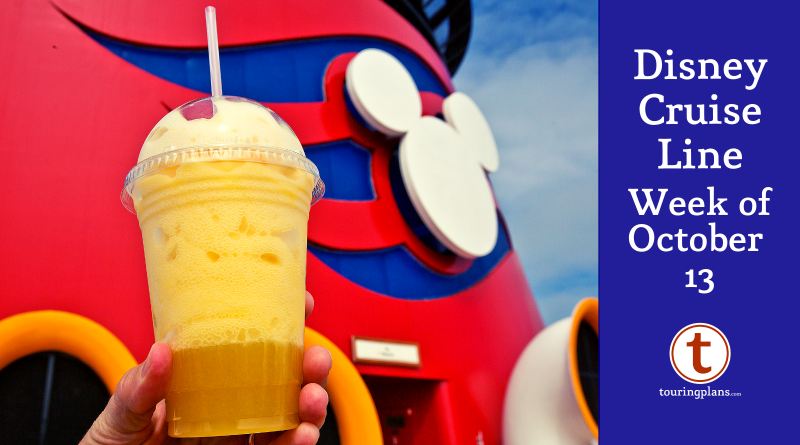 We asked, you answered! The majority of our readers weren’t all that wowed with the announcement of the early 2020 itineraries. Disney fans can be oh so tough to please! Of the new additions, the itinerary that seemed to garner more excitement was Hawaii – not too surprising, considering both sailings sold out in the opening days of booking.

Since we are talking about opinions….Conde Nast Traveler announced the results of the 2018 Readers’ Choice Awards. The Dream and Fantasy took the top spot in the best large cruise line category, while the Magic and Wonder took 7th for best medium cruise line. Dole Whip. You love or hate it, but chances are probably better that you love it. Or, at the least, you’ve tried it. It started off in the Disney parks and rose to cult status. So it was only natural that Dole Whip should find it’s way to the ships. They first appeared back in 2017, and can now be found on all four ships. They can be found at Frozone Treats near the pool on the Magic, Dream, and Fantasy, and at Sulley’s Sips on the Wonder. There are two basic options: straight up Dole Whip, or spiked with vanilla, dark, or spiced rum for guests 21 and over. And yes, they are an additional charge. But are they worth the additional charge?

Well….that may depend on what itch you are aiming to satisfy, and also what level of Dole Whip fanatic you are. These are not, in fact, true Dole Whips as they are found in the parks. On land, the pineapple goodness is in the form of true soft serve. The ship version is mixed in a frozen drink machine and served more like a slushy. And on a warm day, it turns to an interesting liquid consistency pretty quickly. If you are old enough and interested, the addition of the spiced rum is definitely the way to go. For a frame of reference on price, currently on the Magic, the regular Dole Whip is $4.95, $6.75 with the dark rum, and $9.00 with the vanilla or spiced rum.

I will admit, as a lover of all things pineapple, I was super excited to add a Dole Whip on a Ship to the list of places I’ve enjoyed this treat. Sadly for me, it was a one and done – it just wasn’t even a close sub for Dole Whip. It was somehow too sweet, and the texture was a big drawback.

If you’ve tried the ship version of Dole Whip, what did you think? Yay or nay?