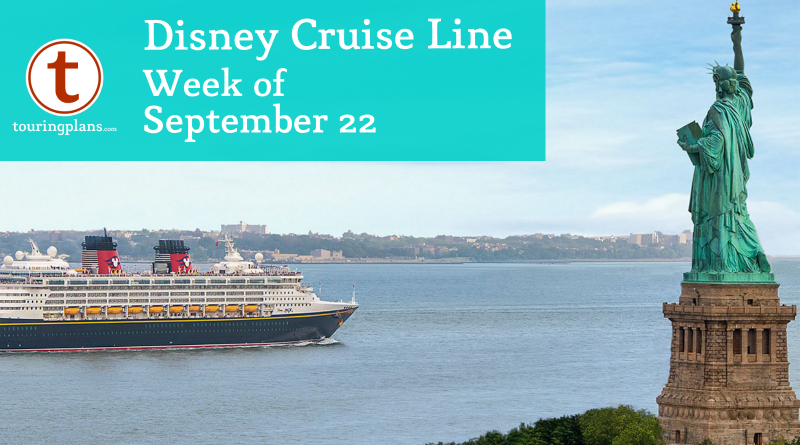 With hurricane season in full swing, the question of travel insurance is at the top of many vacationers’ lists. Tammy Whiting has a great list of 10 things to consider about adding on insurance. What are your insurance purchasing habits? Go vote in this week’s #AskIt!

Are you an aspiring Aladdin or Jasmine? Auditions are coming up on October 1 in New York City – possibly for a revamped version of the show on the Disney Fantasy! Start spreading the news….the Disney Magic is back in New York! She returned on September 20, and will be sailing from here until November 24 when she will head out on a 6-night Eastern Caribbean repositioning cruise to San Juan. During her time in New York, the Magic will embark on a mixture of itineraries including Canada, the Bahamas, and for the first time for Disney Cruise Line, Bermuda.

If you are going to be sailing out of New York on any of these great itineraries, or are considering it, here’s a few quick highlights of sailing from here:

I personally am super excited to be sailing on the greatest ship in the fleet from the greatest city in the world in a couple of weeks — anyone else cruising from New York this fall??