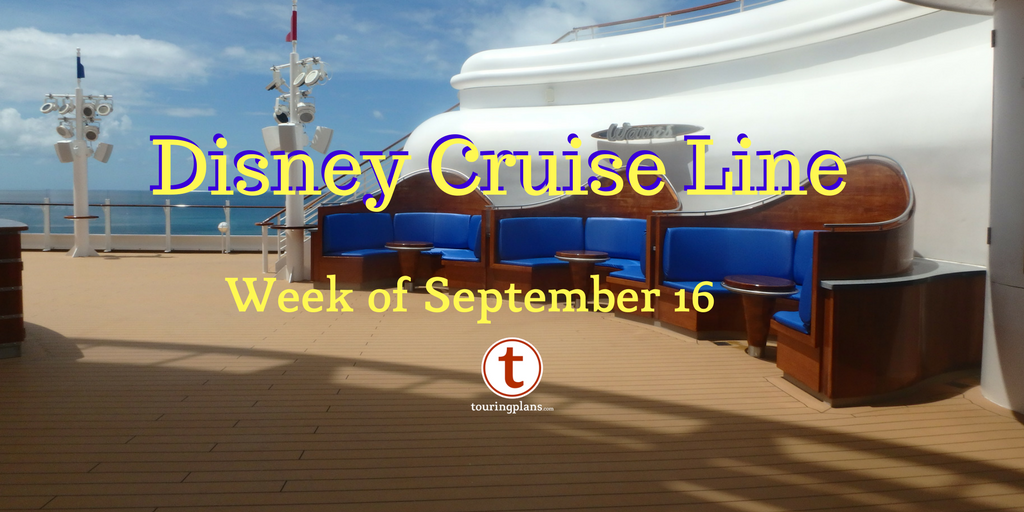 Welcome aboard for this week’s Disney Cruise Line Preview for the week of September 16th! I’m Brand Glover, and I’ll be giving you everything you need to know before cruising with Disney Cruise Line this week. In the wake of Hurricane Irma, we have some very important information this week regarding future sailings in the Caribbean.

USA Today posted an article examining the devastation Hurricane Irma brought upon the Eastern Caribbean islands of St. Thomas and St. Martin. The author opines that it could be weeks or even months before cruise ships return to these ports of call due to the high levels of damage inflicted during the storm. Ports of call that could see significant closure time include: St. Thomas, Sint Maarten, Tortola, Key West, St. John, Barbuda, St. Barts, and Cuba. As we mentioned previously, Disney Cruise Line has determined that only two Eastern Caribbean sailings will be affected at this time, but that has potential to be extended as recovery time is further examined. If you are scheduled for one of the Eastern Caribbean itineraries, bear in mind that you may have an altered if not wholly different itinerary by the date of sailing. As always, our thoughts and prayers are with the people of those islands during the long and arduous process of recovery.

Jetty Park, a popular camping, beaching, and fishing destination, will be closed indefinitely according to a report from Florida Today. Disney Cruise Line aficionados may recognize this as the place where patrons line the channel to watch ships depart Port Canaveral as they begin their voyages.

In non-weather related news, Disney Cruise Line has been awarded the title of Best for Families by Cruise International, a UK-based cruise magazine. Our selection for Best Cruise Blogger Scott Sanders of The DCL Blog posted the results of the nominations, in which Disney Cruise Line earned  “Winner” and “Highly Commended” in two categories: Best for Families and Best for Onboard Entertainment, respectively.

Our last story this week comes from Fortune, detailing Hurricane Irma rescue and recovery efforts of cruise lines in the Caribbean.  Royal Caribbean has sent two of its cruise ships to the Caribbean, with their Adventure of the Seas ship making a humanitarian stop on Sint Maarten this Sunday.  Royal Caribbean’s Majesty of the Seas will also be making a humanitarian stop in Sint Maarten as well as nearby St. Thomas. Both Sint Maarten and St. Thomas were severely ravaged by the storm, leaving many of the inhabitants without homes, electricity, and dwindling food supplies. Norwegian Cruise Line has also sent its Norwegian Sky ship to St. Thomas, delivering supplies as well as serving a humanitarian mission. In addition to their currently deployed vessels, Royal Caribbean has its Empress of the Seas and Enchantment of the Seas ships on standby in the event that more assistance is required.  I applaud Royal Caribbean and Norwegian Cruise Lines for their efforts to provide relief and support for these island nations as they begin to asses and rebuild their infrastructure, choosing humanitarian needs over profits.

The special performances in the Star Set Sail series will continue this month with a Disney on Broadway act performing in the Walt Disney Theatre on the Disney Magic. Show times are available via the Personal Navigator or official Disney Cruise Line app.